FC Basel 1893 won the final of the Helvetia Swiss Cup; a big achievement. Not only because FCB is the first team ever to beat FC Sion in a cup final, but also because Urs Fischer’s team never held back and did all that was necessary to secure the milestone victory. The 6th double in club history was the perfect end to an impressive season as well as a special “good bye” for a few members of the club’s management.

Urs Fischer and his team had experienced several difficult weeks: FCB prematurely won the league weeks before the end of the season. Urs Fischer stated that it wasn’t an easy job to maintain a mentality of suspense within his team.

It was evident that FCB struggled to maintain suspense and pressure; failing to win their last 4 consecutive fixtures. As soon as it was set in stone that FC Basel 1893 had won the league, the boys in red and blue drew three and lost one fixture in Bern. Prior to winning the league FCB only gave away 13 points in 30 fixtures.

FCB may have not been on point since winning the league, but when it mattered they were ready to rumble; It was all about winning the cup. Both teams showed an emotional 90 minutes, fighting for every ball and every inch of the pitch. The passion to win, expressed by both teams in the final cup fixture resulted in limited chances in the 1st half. As the 2nd half kicked off it only took FCB two minutes to score and to lead the way to victory. 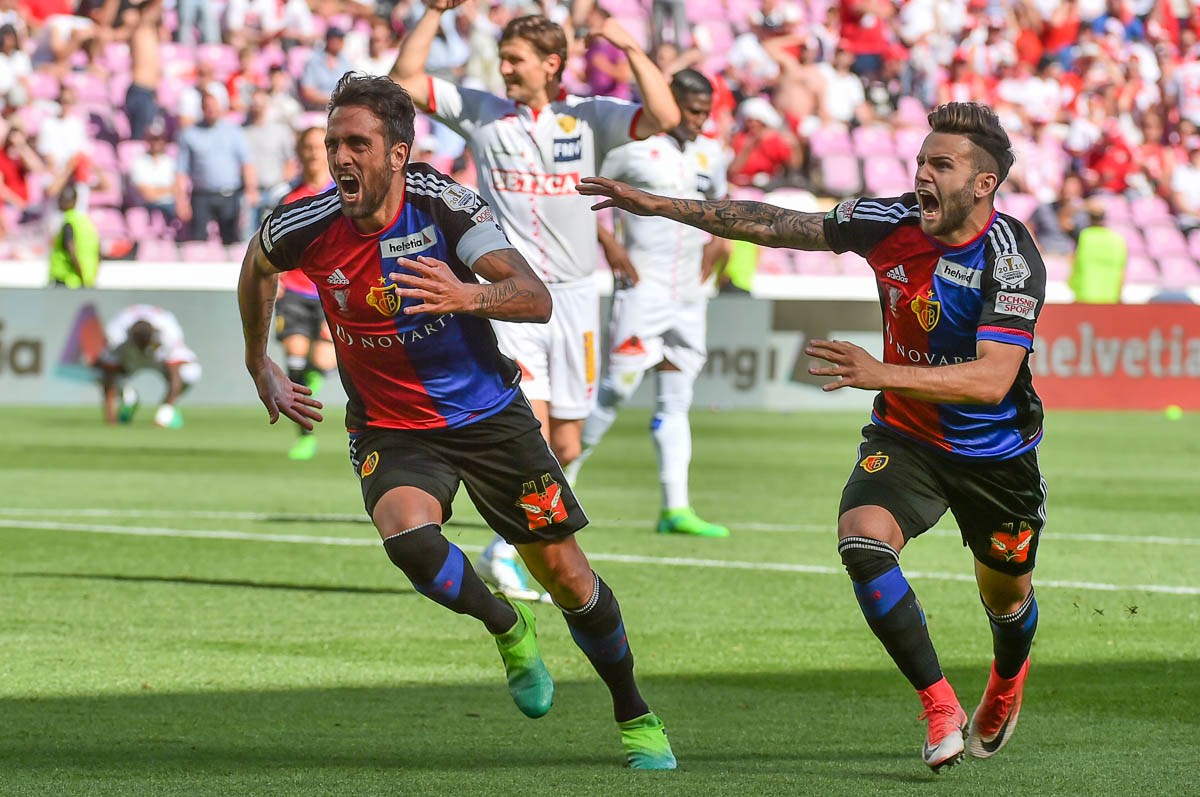 Basel’s supporters deserve to be praised: Clearly outnumbered by FC Sion fans in the Stade de Genève, the passionate  Basel supporters pushed their club towards their 6th double by singing, chanting and motivating their team for over 90 minutes. Very loud, very passionate!

For the club and for their supporters this victory was a great success on multiple levels: FCB beat FC Sion with the same score they lost to Sion in the cup final of 2015 (at St. Jacob Park). FCB is the first team to ever beat FC Sion in a cup final! Therefore this title is one for the history books and makes up for failing to be represented in European competition at the beginning of the year.

There could not have been a better „good bye“ for Urs Fischer and Markus Hoffmann than winning the 6th double in club history. The entire squad as well as Fischer and Hoffmann still have two more fixtures to enjoy before they play their final fixture at St. Jakob park, against FC St. Gallen. 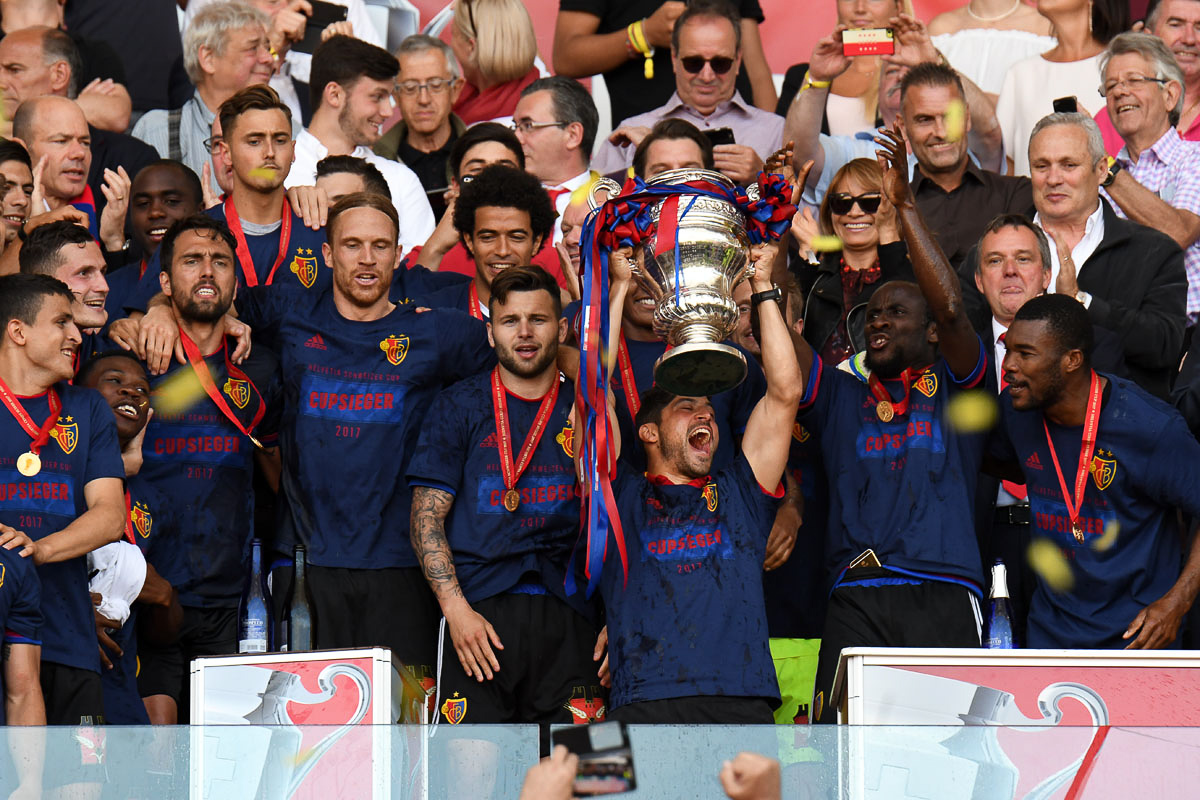 ...and when getting the trophy.