On Wednesday, 29. July 2015, FC Basel 1893 beat KKS Lech Poznan 3:1 (1:1) away from home in their third round Champions League qualifier. Thirty minutes into the game Michael Lang scored a header, putting the Swiss Champions a goal in front. Shortly after FCB´s goal, Denis Thomalla scored after a corner kick, levelling the score. In the second half FC Basel 1893 put up fight to claim victory. Shkelzen Gashi missed a penalty, but both Mark Janko and Davide Callà scored a goal each, securing a deserved win over the Polish side.

Both coaches Fischer and Korza agreed that the sending off of Tomasz Kedziora had a big impact on the game. The Polish coach stated that his team played well and managed to create a few chances. Fisher commented: „Up until the sending off of Kedziora the game was very balanced; after which the game turned to our advantage.“

In the 66th minute the scoreline was 1:1, Zdravko Kuzmanovic sent Birkir Bjarnason into the penalty box where he was stopped by the Polish defender. Penalty for FCB and a sending off for Kedziora. It was Shkelzen Gashi´s first chance of the second half, but failed to beet Lech keeper Jasmin Buric.

As the home team was one man down, FCB were able to create even more danger. Michael Lang scored the first gaol of the fixture with his head, 30 minutes into the game, after a corner kick by Zuffi. The home team reacted quickly: This time it was a corned kick on the other side of the pitch, Denis Thomalla scored, making it 1:1.

As Urs Fischer correctly mentioned before the game, the home team was able to switch from defensive to offensive play very quickly; this created several chances for the Poles, but Basel´s defence was ready. Lech had control of the game but were unable to generate many dangerous attacks.

As soon as Lech Poznan were down to 10 men they created no more danger and FCB were able to take advantage. Both goals in the second half were scored in the final minutes of the fixture; created by high balls over the opposition´s defensive line. Both goals were scored by players who were substituted on. The 2:1 was scored by „The Cobra“ Marc Janko after a pass by captain Marek Suchy, the 3:1 was scored in stoppage time by Davide Calla, after an assist from Taulant Xhaka. In the last minute of the fixture Xhaka was sent off; undeserved? Maybe.

The victory against KKS Lech Poznan has opened the gates to the playoffs of the UEFA Champions League. Fischer´s reaction: “We face another 90 minutes of football“. The return leg will be played next Wednesday, 8.15pm at St. Jakob Park. 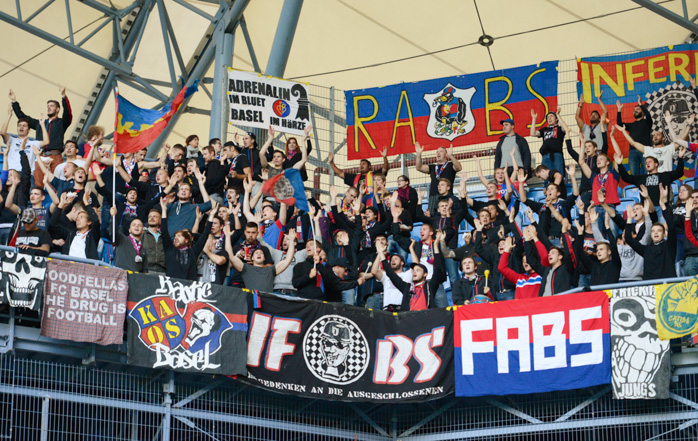 The fans followed their FCB to Poznan. 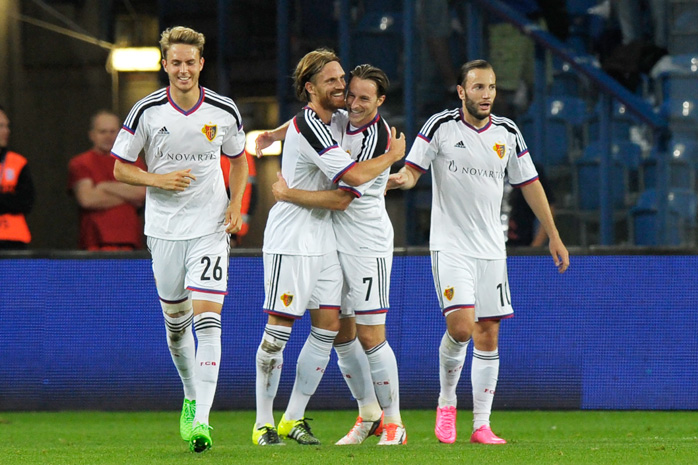 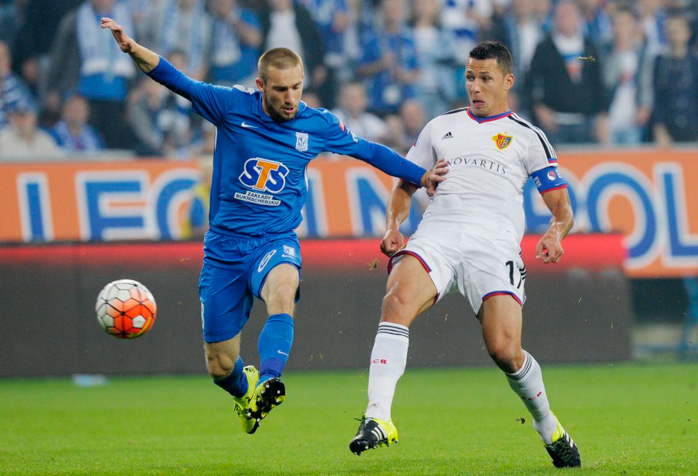