FCB kick off their European campaign in Poznan

On Wednesday, 29. July 2015 FC Basel 1893 face Lech Poznan in Poland in their first UEFA Champions League qualification game. The Polish champions are not to be taken lightly, making the third qualification round fixture a serious piece of work. Basel coach Urs Fischer witnessed a „very organised team“ in the pre-fixture video analysis.

The Polish league started at the same time as the Swiss league (2 games played). Urs Fischer was able to analyse his opponent´s first 5 games: 2 league games, Supercup Final and 2 Champions League qualification round fixtures against FK Sarajevo. Video material was used in preparation. Apart from the season opener against Pogon Szczecin (1:2), Lech Poznan won every game so far.

On video, Fischer has seen a strong team: „ Lech Poznan is well organised and is a team that has grown together over time. They play aggressively and can switch from offensive to defensive play very quickly. If you let these Poles play their game, they can become very dangerous“. Anyhow, FCB coach Fischer is in it for the win: „ A draw away from home would´t be a bad result, but every team´s ambition is to win. These days it´s hard to play for a draw. We want to create the best possible result for the 2nd leg match on home soil.“

Marek Suchy has similar views as Fischer: „ Lech is a strong opponent, it´s going to be a tough challenge. It is our aim to play Champions League football.“ FCB´s defender commented on Basel´s many changes within the team: „ Our new players have a great deal of quality which means we were able to maintain our level, I think.“ All of the new players have travelled to Poland. Missing players are Walter Samuel who received 2 yellow cards against FC Porto, Derlis González, Ivan Ivanov, Yoichiro Kakitani and Veljko Simic, who are all injured.

A familiar face plays for Lech Poznan, Darko Jevtic. Darko spent a big part of his career playing for FCB´s youth teams and even started for Basel´s first team on a few occasions. This young talent played in both fixtures against FK Sarajevo and will be highly motivated to play against FCB, just like the rest of his team mates. The last time Lech Poznan reached the third Champions League qualification round was in the 2010/2011 season, where they failed to conquer Sparta Prag. Lech did however reach the last 16 stage of the Europa League.

One of the strongest possible opponents

It is hard to predict FCB´s chances of qualification for the next round. Lech Poznan has the second highest coefficient ranking of all possible opponents. The real strength of either side will be determined on Wednesday night in the Municipal stadium of Poznan. 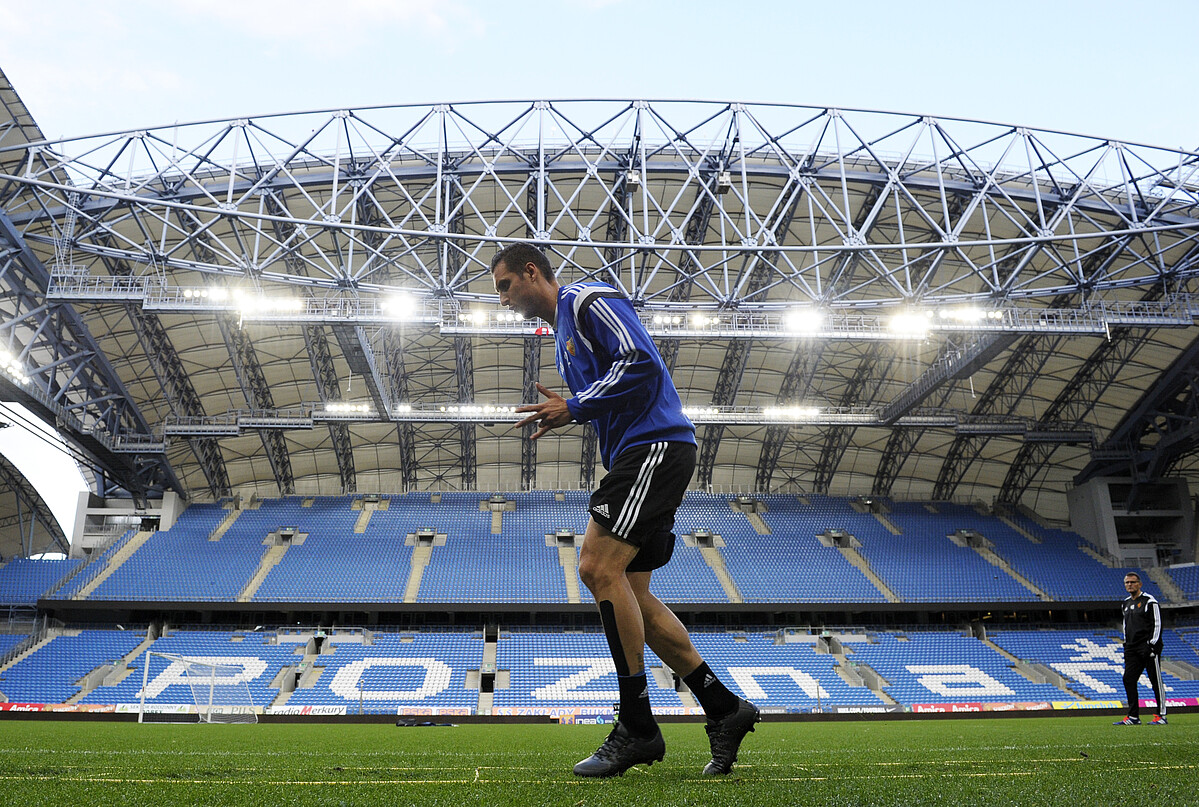