FC Basel 1893 won their return leg UEFA Champions League qualifier against KKS Lech Poznan 1:0 (0:0). The fixture was about to end in a goalless draw, however Birkir Bjarnason scored his first goal for FCB, heading the „Bebbi“ to victory in last minute of the game. The Polish guests played a solid game but did not manage to create too much danger. During 90 minutes FC Basel 1893 were never going to be prevented from reaching the next stage of the competition: After winning 1:0 at home and 3:1 in Poland, Urs Fischer´s team elegantly reached the play-offs. The opponents for the next round will be drawn in Nyon on Friday afternoon.

FC Basel have reached their goal – the next  UEFA Champions League qualification round. The basis for this success was achieved in Poland with a 3:1 win against KKS Lech Poznan. A concentrated performance against the Polish champions, at St. Jakob Park was enough to seal the deal. A 0:0 draw would have been more than sufficient, however Birkir Bjarnason sweetened the evening by scoring the winning goal (1:0) in the 90th minute. It  was no other than Davide Callà, who´s perfect cross from the right wing set up the header for Bjarnason.

Up until Bjarnason´s goal, the 18´000 supporters in Basel´s football temple were not witnessing an action packed game. From the start Lech Poznan were willing to fight for their chance of qualifying, despite a 3:1 defeat at home. The Poles were fresh and motivated but failed to create the chances when needed. FCB let their opponents play their game and the home team were not able to perform as they did against FC Sion; FCB was lacking the flow of one touch passing. Urs Fischer´s team was never forced to take to many risks.

There was a critical moment in the 31st minute: Callà made his way into the Polish penalty box where he was held back by Barry Douglas, causing him to fall. Referee Ruddy Buquet did not point towards the penalty spot. Both captain Matias Delgado and Marc Janko created a few chances but it remained quiet in front of Poznan´s goal. For a large part of the game it also remained quiet for FCB keeper Tomas Vaclik. Apart from a few minor interventions, Vaclik only had one or two dangerous situations to deal with: In the 79th minute Lovrencsics had a precise shot on target which was impressively saved by FCB´s Czech keeper, deflecting the ball out of play resulting in a corner kick. Shortly after, Tralka´s  close range header just missed the goal.

A goal for Basel´s guests in the last minutes of the fixture would not have influenced the final result. KKS Lech Poznan played with passion and ambition but it did not seem to go their way on the night. It was Bjarnason who put the cherry on the cake for FCB, scoring in the 90th minute, securing victory. Urs Fischer commented after the game: „I am happy that we managed to master this challenge. My team really wanted to reach the next round; I felt it. The positive result from the 1st leg held us back instead of letting us play freely. Our performance was not as expected but we can be very happy that with the 3 points.“ 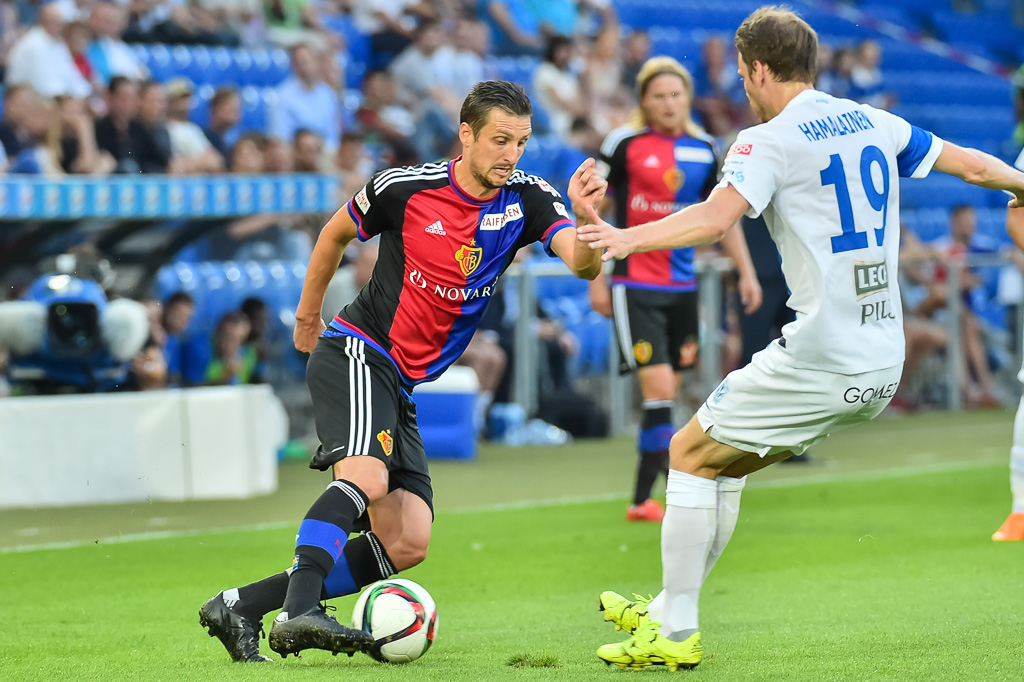