Next Round in reach, not the time to take it easy

On Wednesday, 5. August 2015 FC Basel 1893 play the return leg of their UEFA Champions League, third round qualifier against KKS Lech Poznan (8.15 pm, at St. Jakob-Park). After winning the first leg 3:1 in Poland, the gate to the playoffs stands wide open, however FCB need to make that last step to qualify for the next round. Both coach Urs Fischer and captain Matías Delgado commented on Wednesday´s game in the pre-match press conference.

Don´t celebrate too soon: The 3:1 away victory in the first leg qualifier can be dangerous. At this level of football and just a few steps away from entering the big competition, any team can find a way to turn the result around. Basel coach Fischer feels the same way and underlines that nothing has been won so far: „We achieved a great result in Poland but we are currently the team that has all to lose and Poznan the team that has all to win. We need to approach the game as if we had not yet played each other – This is not the time to take it easy.“

Fisher´s words are supported by captain Matías Delgado: „We are preparing for this game as we always do; we are taking the next match very seriously and don´t consider our 3:1 victory to be of any influence. Yes, we have started this season on a very positive note but football is a dynamic business where everything can change very quickly. We need to be cautious.“

It is expected that that Delgado will be on the pitch at St. Jakob Park, opposed to the first leg in Poland. Urs Fischer is usually quite secretive regarding his lineups, but he gave away some info: „I would need a really good reason not to include Matias in our next game, after his impressive performance against FC Sion..“ The captain was seated next to Fischer as this was said and judging on Delgado´s smile, he understood every word.

FCB will be missing Ivan Ivanov, who is back in training with his team mates, slowly recovering from his injury. Newly signed Jean-Paul Boëtius is not yet allowed to play and Yoichiro Kakitani is still recovering from his hematoma (bruise) to the thigh. All other players will be available to play against Lech Poznan, leaving coach Fischer with a wide selection of talent to chose from.

On Tuesday approximately 13´000 tickets were sold for the home game against the Polish Champions. Based on the great first leg result, it is expected that a few more supporters will find their way to St. Jakob Park on Wednesday night. So far this season it was definitely worth visiting St. Jakob Park. 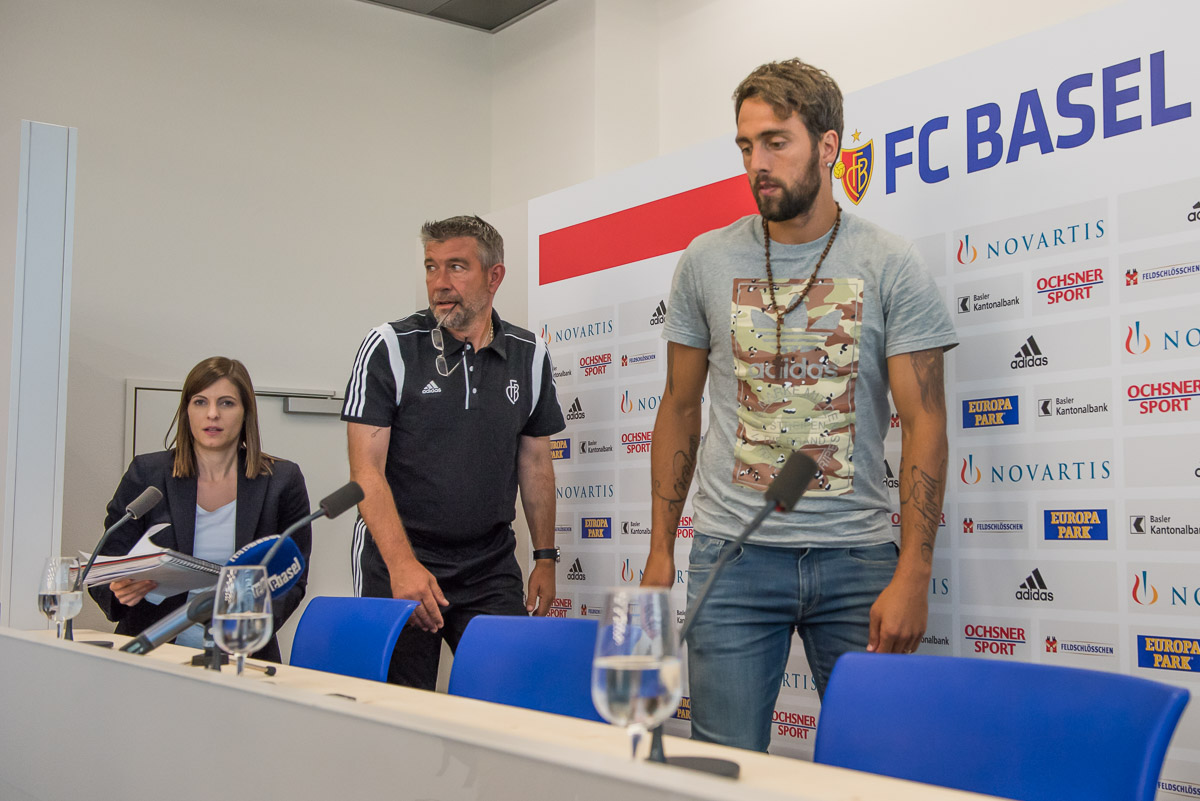 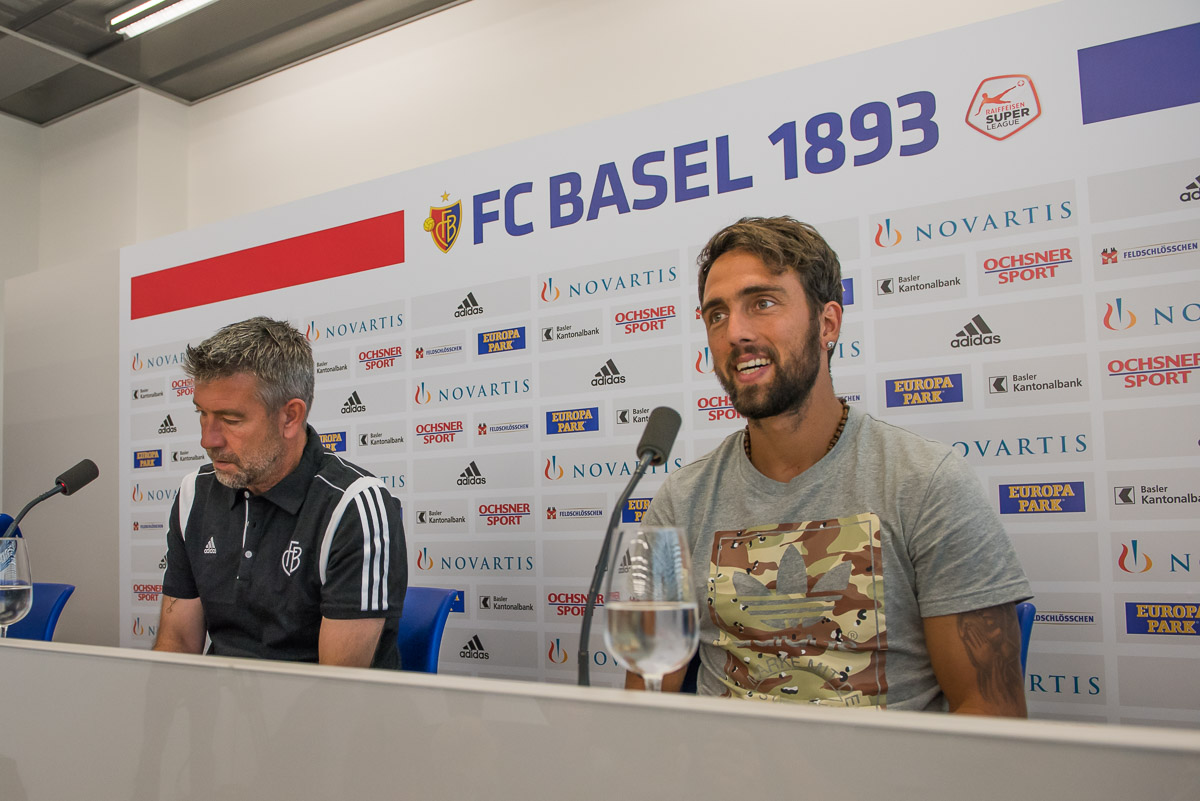