Comparison of league tables has no value for Fischer

On Thursday, October 1st 2015, FCB will be playing their 2nd UEFA Europa League group stage fixture (7pm, St. Jakob-Park) against KKS Lech Poznan. The Swiss champions are currently 1st in the Swiss domestic league, where their opponents are currently placed last in the Polish Ekstraklasa. Since facing FC Basel at the beginning of August, Lech Poznan where not able to win a single game. FCB coach Fischer will not be comparing league tables and will be taking his team´s next fixture very seriously.

The Polish champions are currently going through difficult times in their domestic league: Only 10 points were won from the same number of fixtures and their last victory dates back to July 25th, before their last clash with FC Basel 1893. In the Europa League, KKS beat Videoton FC 3:0 and 1:0. The Polish side ended their 1st group stage match against Os Beleenenses with a 0:0 draw.

FC Basel started off their season on a positive note but did lose to Young Boys Bern recently; The only loss of the season was quickly forgotten after beating FC Lugano at St. Jakob-Park. FC Basel 1893 did recently beat KKS Lech Poznan twice, in the UEFA Champions League qualification round, making FCB the favourites on Thursday night.

Urs Fisher commented that it is dangerous to judge their next fixture based on league position: “I have been following several Lech Poznan fixtures and have seen a team with a lot of possession, dominance, creating chances. They have been unlucky, often losing by one goal.”

Approximately 2 months ago both teams faced each other in the Champions League qualification round. Basel were the better side, winning 3:1 away and 1:0 at home. FCB played a stronger fixture in Poland, but this does not mean they must fear the home fixture on Thursday night: “You cannot compare then and now. Last time we faced each other it was in a knock out round, now it´s the group stage of a competition. When we played KKS Lech Poznan at home we had limited pressure as we beat them 3:1 in Poland, now things will be different”, stated Fischer.

Urs Fischer will be missing 6 players for Thursday´s fixture:  Jean-Paul Boëtius, Matías Delgado, Daniel Hoegh, Behrang Safari and Adama Traoré are all injured.  Naser Aliji will also be missing as he was not able to be registered for the Europa League competition after his recent return to FCB. Unfortunately 3 players suitable as left defenders will not be playing, therefore Philipp Degen, Michael Lang and Taulant Xhaka will have to do the job. No cause for concern as coach Urs Fischer may surprise with 3 mann defence, as he did against Fiorentina.

No matter which players will be on the pitch and which formation will be played, Urs Fischer will not let his opponent influence his game. So far his tactics have worked: We have self confidence based on our recent success” expressed Davide Calla on Wednesday afternoon. This recent success might be they key to a victory on Thursday evening. 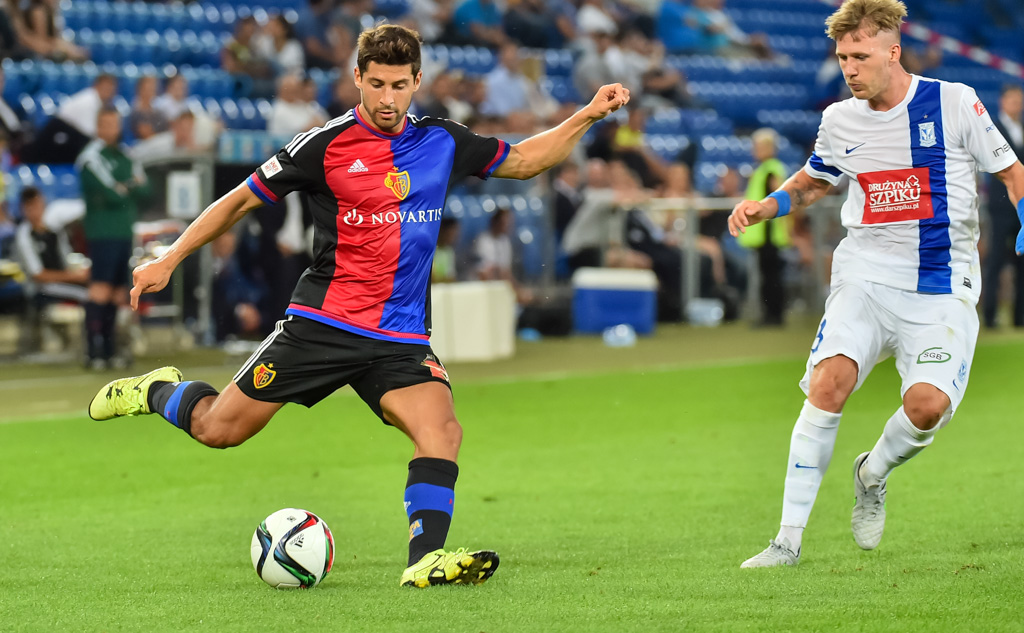