On Thursday November 5th, 2015, FC Basel 1893 collected 3 well deserved points against Os Belenenses. The 1st half was not that spectacular and there was little danger inside FCB’s penalty box. The only time the home team was close to scoring, was when Tiago Silva attempted a long distance shot, just after the fixture kicked off. Throughout the full 90 minutes, FCB created several chances. Marc Janko scored from the penalty spot, just before the end of the 1st half (1:0). FCB’s goal lifted the team to dominate the 2nd half; Breel Embolo scored the 2:0 (63.). FC Basel 1893’s 2:0 victory was well deserved. Only 2 points missing to qualify for the next round of the UEFA Europa League.

As expected, the away fixture in Portugal was a hard piece of work. In the 1st half both teams played a disciplined game, rarely creating any chances. The exception was Breel Embolo’s shot against the post and Tiago Silva’s long range shot, from just outside of the penalty box, which just scraped past the goal. Apart from the mentioned chances, the 1st half failed to present any highlights.

Just before the end of the 1st half, FCB was rewarded with a penalty. Breel Embolo and André Sousa duelled inside the box, where Embolo fell to the ground. The Hungarian referee Tomas Bognar pointed towards the penalty spot, where Marc Janko worked his magic. The keeper chose the wrong corner; 1:0 for FCB.

FCB dominated the 2nd Half

Basel’s goal lifted the away team. Red and blue started off the 2nd half with power and passion. Within 15 minutes, FCB had created several chances, paving the way for Breel Embolo’s 2:0. FCB’s 2nd goal was a result of great teamwork. Luca Zuffi played the ball towards the goal where Janko let the ball through to Breel Embolo, who won the one on one against keeper Ventura.

Basel’s defence was rock solid. The home team only attempted one more attack on goal. Luis Leal’s shot in the last few minutes of the fixture was dealt with by Tomas Vaclik FC Basel needed some patience but were the deserved winners, especially as they clearly dominated the 2nd half.

The victory in Lisbon gives FCB a very good chance of qualifying for the next round of the competition. Urs Fischer has a realistic approach: “There are two fixtures left and we are in a good position. Today we won an important game. Now we must play two fixtures in our domestic league before we can concentrate on the home game against Fiorentina.”

To qualify for the next round, FCB need to collect two points from the next two fixtures against ACF Fiorentina and Lech Poznan. Currently 3 teams could be on 10 points by the end of this group stage. If FCB would lose by 2 goals or more against Poznan then it would come down to goal difference. The next Europa League fixture is in several weeks to come; Basel play two fixtures in their domestic league, then there is a break due to international competition (national teams). 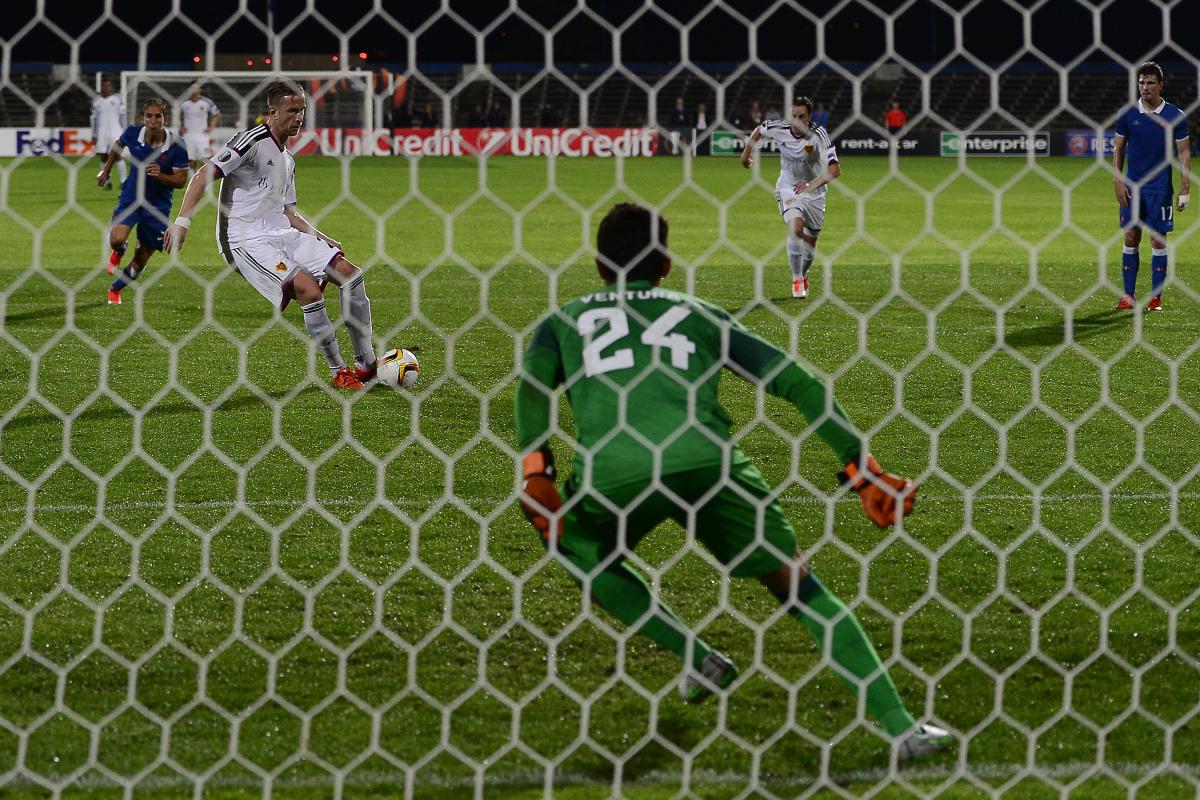 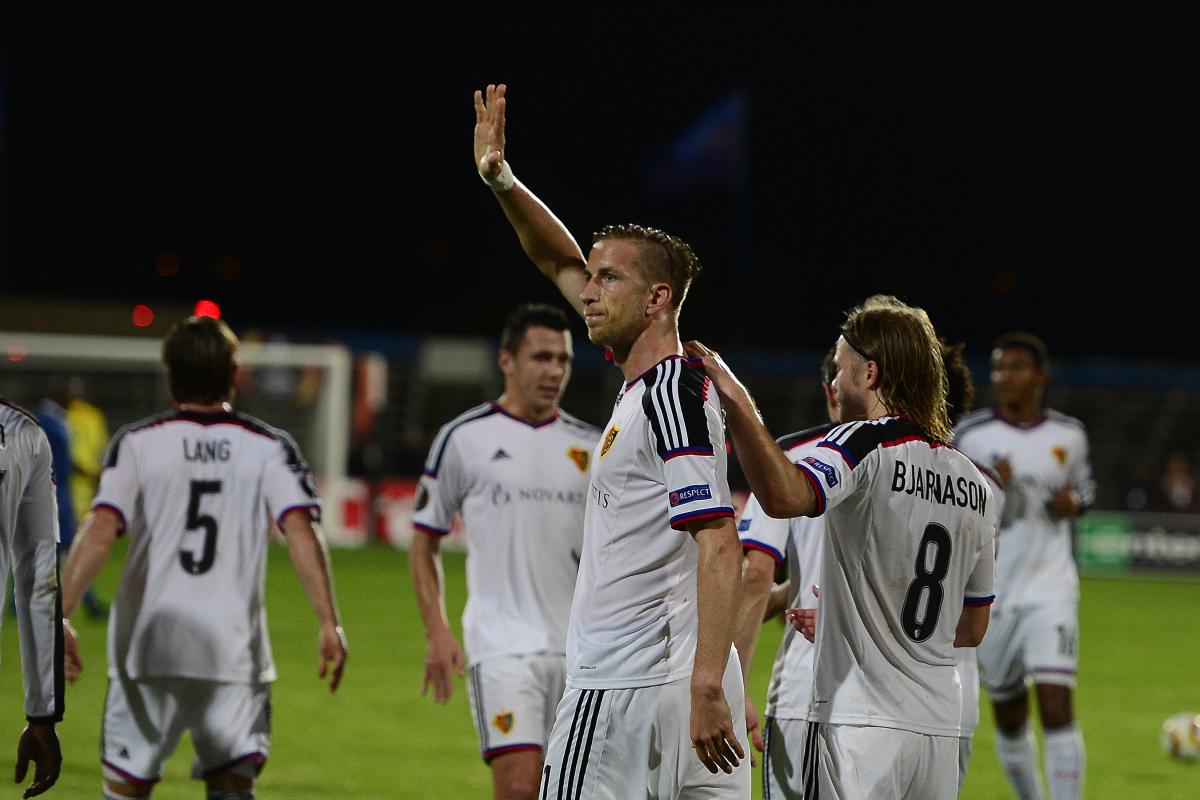 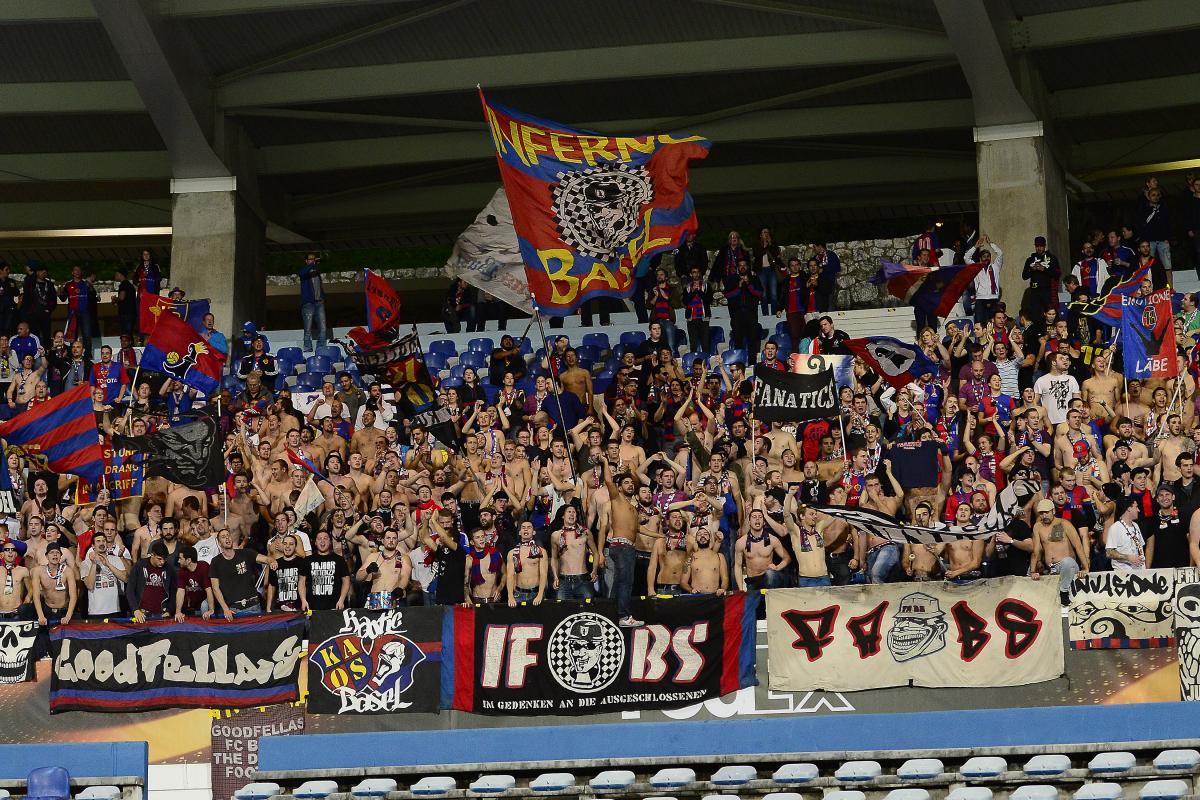