On Thursday, 5th of November 2015, FC Basel 1893 play their 4th UEFA Europa League fixture of Group I, against Os Belenenses (9.05pm Estadio do Restelo, live on SRF 2). Despite losing their home game 1:2 against Belenenses two weeks ago, FCB remain leaders of their group and aim to defend their position in the table. FCB have never beaten a Portuguese team in Portugal and are motivated to change that fact.

Similar to when both teams met two weeks ago, FCB lead Group I and are favorites. Urs Fischer underlined: “I could make it easy for myself and say that based on Os Belenenses´performance against us, they are favorites. I believe Belenenses played a great game and we had a bad day.”

Urs Fischer won´t give away his game tactics for his team´s next match but shared his thought about the last fixture against the Portuguese side. “We had tactics in place two weeks ago, but we only implemented them for the 1st 15 minutes of the game. We need to improve and use our tactics for over 90 minutes. We know our opponents strengths and weaknesses.” Just like before FCB´s last fixture against Os Belenenses, Fisher is aware of his opponents ability to switch quickly from defensive to offensive play: We need to be alert after we lose the ball, especially as the Portuguese play a very compact and tight game. As the favorites it may be difficult to find a winning solution.”

Safari expects a tough fixture at Estádio do Restelo: “It´s going to be a difficult fixture. Belenenses will punish us for every mistake we make, but after losing at home we are motivated to make up for our defeat.” During FCB´s last game in Vaduz, Safari was substituted off due to injury, but now thinks he is ready for a full 90 minutes against Os Belenenses: “ I had just recovered from a injury, so when I felt a bit of pain I didn’t want to take a risk. But now I feel great.”

Great that Safari is fit, as the list of injured players has increased: Philipp Degen, Matías Delgado, Shkelzen Gashi and Walter Samuel are all injured, as well as long-term injured Ivan Ivanov and Veljko Simic. Naser Aliji is currently not qualified to play Europa League football.

In order extend their lead at the top of the table, FCB need to do something for the 1st time; beat a Portuguese team in Portugal. It might happen, as Os Belenenses have so far not managed to score at home: They drew 0:0 against KKS Lech Poznan and lost 0:4 against ACF Fiorentina.

Belenenses´ only victory of the group stage was achieved against FC Basel 1893, two weeks ago at St. Jakob-Park. As Poznan beat Fiorentina, anything is still possible in Group I. Only 3 points separate the top and the bottom of Group I. Before the fixture in Lisbon Urs Fischer commented: “The favorites don’t always win”. Let´s hope that the favorites do win on Thursday night, as FCB believe they are the better side. 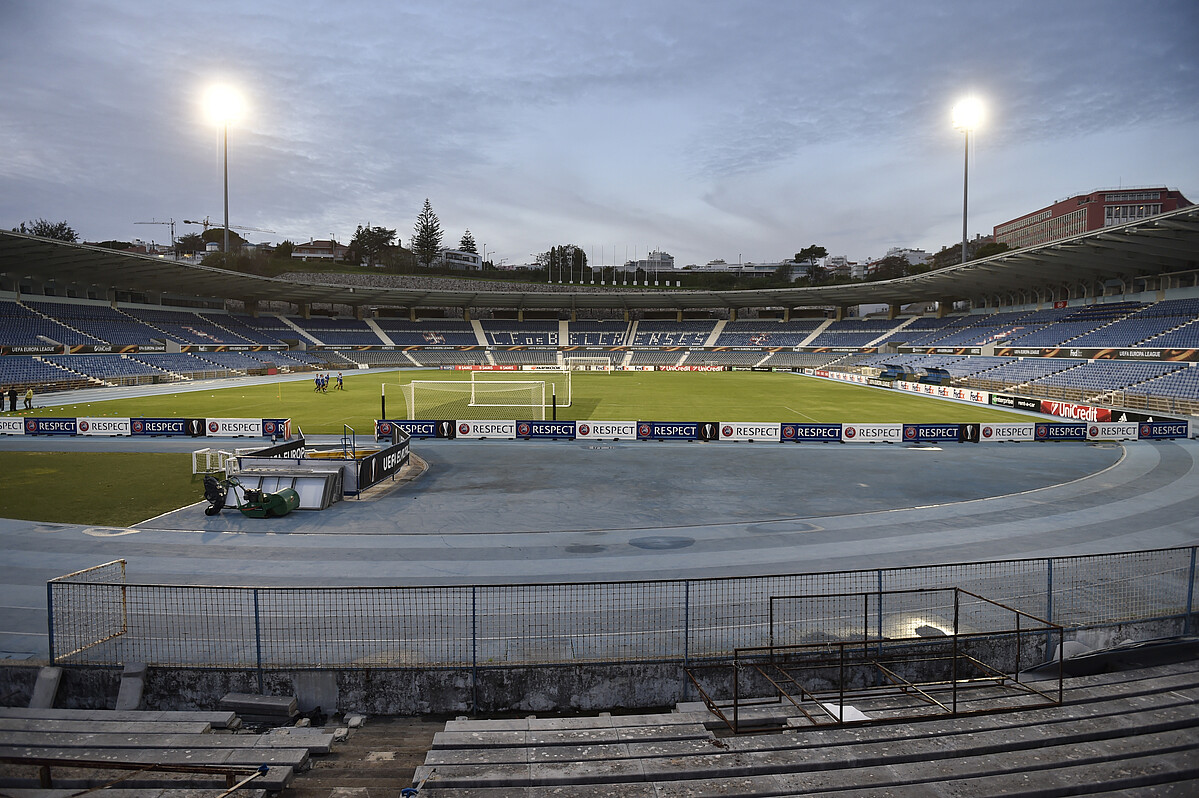