FC Basel 1893 head to Poland to face KKS Lech Poznan for the 4th time this season, for their final UEFA Europa League Group I fixture (09.05pm. Municipal Stadium Poznan, live on SRF 2). For the 1st time in club history, FCB will play a European fixture in which the result will not influence the club´s qualification for the next round. FC Basel 1893 have already secured a place in the next round of the competition, finishing 1st in their group. Urs Fischer aims to impress in Poland.

The last group stage fixture is a special one for FCB. Not only has the Swiss side beaten KKS Lech Poznan on 3 occasions this season, but FCB will be playing their last game, with no influence on their position in table of Group I. This is a new situation for FC Basel 1893.

The situation may be new but the ambition and hard work excepted from the visiting side will remain as always. Luca Zuffi stated during a pre-game interview: “We will not be influenced by our position in the table. We are glad to have qualified, however we want to show everyone that we really deserve to be on top. We will do everything we can to win this final fixture.”

Both KKS Lech Poznan and Os Belenenses have the chance to overtake ACF Fiorentina and qualify for the next round of the competition. The Polish side would need a victory against Basel and support from Os Belenenses.

During FCB´s 1st 3 fixtures against Poznan, the “Bebbi” won every time, but this was before the Poles replaced their coach Maciej Skorza with ex-Polish international Jan Urban. The change in coaching staff which was implemented in October, resulted in 9 victories, 3 draws and 1 defeat (at home, against Fiorentina).

3 youth players on board

Urs Fischer noticed a few changes in the Polish team since Jan Urban took over: “The positive results influenced the way they play but not their system. Karol Linetty is now right behind the main striker, whereas Kasper Hämäläinen is in front. Lech plays with more confidence and more space.”

As FCB is currently lacking central defenders due to injury, FCB youth players Adonis Ajeti (U21) and Eray Cümart (U18) will be travelling to Poland with the 1st team. Under 21s keeper Dario Thürkauf will also be included.  On Wednesday night, Urs Fischer would not inform the press if these players would be in the starting line up on Thursday: “I am not a fan of letting a totally new team play, as this impacts stability and organization. It is more than possible that a few players who have not yet played that much, will get a chance to prove themselves.”

The 4th fixture against KKS Lech Poznan may become a special one for Walter Samuel. If the Argentinian defender plays on Thursday night, it would mark his 100th European fixture of his career. “A big number”, Fischer commented, but was reluctant to give away any details regarding who will be playing on the night.

FCB do have something to play for; the UEFA coefficient ranking for club and country. Whoever will play in red and blue on the night will be determined to fly home with a 4th victory against KKS Lech Poznan in their suitcase. It´s not only about points, but about pride as Urs Fischer commented: “We aim to make a positive impression”. Sometimes the position in the table is not the post important thing. 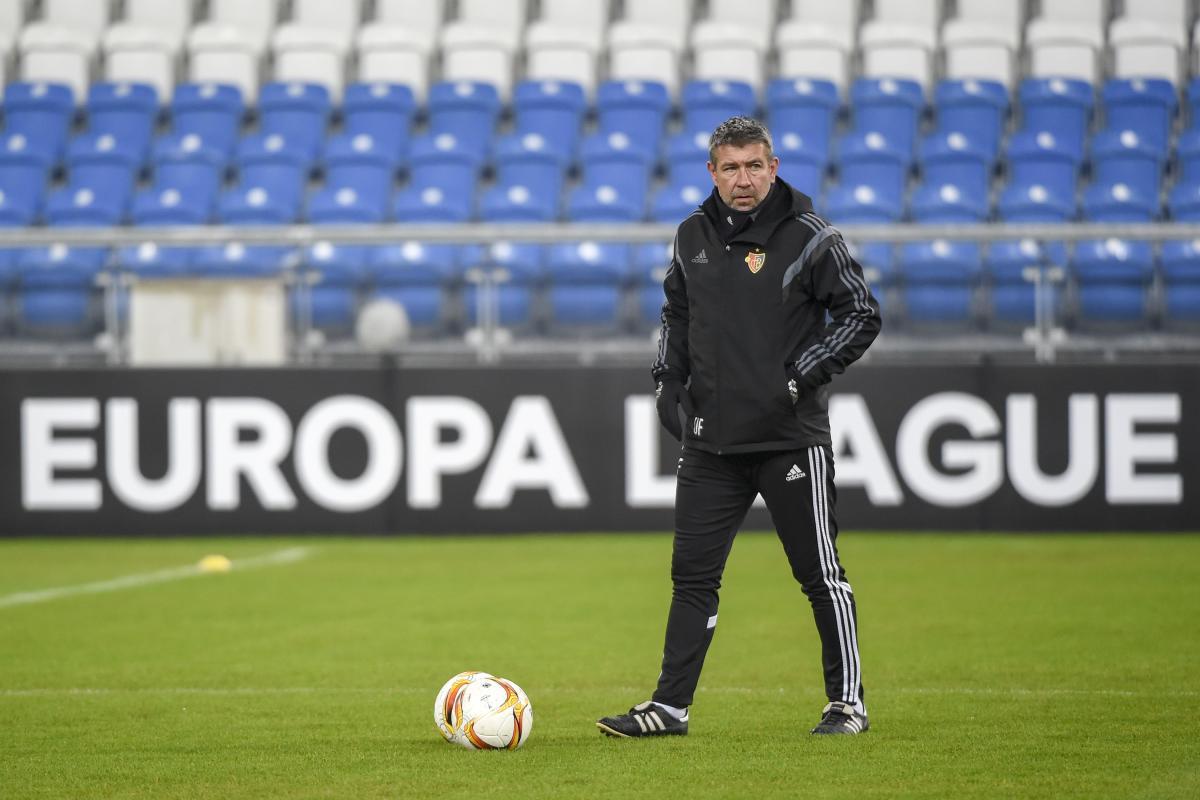