On Thursday, 18. February 2016, FC Basel 1893 faced AS Saint-Étienne in the round of the last 32, of the UEFA Europa League competition. It was a physical and spectacular fixture. After 40 minutes of play, the home team were leading 2:0; It was Moustapha Sall and Kévin Monnet-Paquet who both scored with their head. Walter Samuel scored just before half time and Marc Janko just after the 2nd half kicked off, putting FCB back on track. The fixture could have ended either way, but it was Jean-Christophe Bahebeck who scored only minutes after he was substituted on onto the pitch (77.), securing victory for AS Saint-Étienne.

Four goals had been scored within 60 minutes of play during the fixture between AS Saint-Étienne and FC Basel 1893. All goals resulted from set-play. “Out of the blue our opponents scored and we were trailing 2 goals behind.” Stated Urs Fischer. Saint-Étienne´s coach Christophe Galtier claims that the visiting team dominated the fixture.

Hard work rewarded before half time

On two occasions the French side created danger for FCB, as high balls were targeted into the box, scored via header: Moustapha Sall scored after a free kick by Oussama Tannane and it was Kévin Monnet-Paquet who scored after Renaud Cohades´corner kick. The home side´s 1st goal  was scored after a foul committed on Marek Suchy. The 2nd goal was very disappointing for FCB as it occurred during the visiting team´s strongest phase of the 1st half. FCB was rewarded for their efforts before the 1st half was over.

A freekick was needed for FCB to score. Luca Zuffi´s freekick was diverted to Walter Samuel via Breel Emobolo´s chest. It was the experienced Argentinian defender who scored. FC Basel used the momentum of their goal in the 2nd half and presented themselves as the better team. It was therefore deserved that FCB were given a penalty, which was a very strict decision. Galtier stated: “a very generously given penalty”. From a very close distance, Birkir Bjarnason kicked the ball onto Florentin Pogba´s arm, resulting in the penalty. Marc Janko scored the equalizer without any difficulties.

FCB closer to 3:2 than Saint-Étienne

After the equalizer it was FCB who was closer to 3:2 than the home team. Galtier made a great substitution; Jean-Christophe Bahebeck come on, dribbled past Walter Samuel as well as Marek Suchy, before beating Vaclik. The home team won 3:2.

Urs Fischer complemented his team´s reaction after going behind 0:2 and commended on his team´s chances of qualifying for the next round: “Now we must win our home game to qualify for the next round; it´s definitely achievable. Based on today´s result, the chances of qualifying could have been better but absolutely manageable.” It was an exiting fixture at Stade Geoffroy-Guichard. 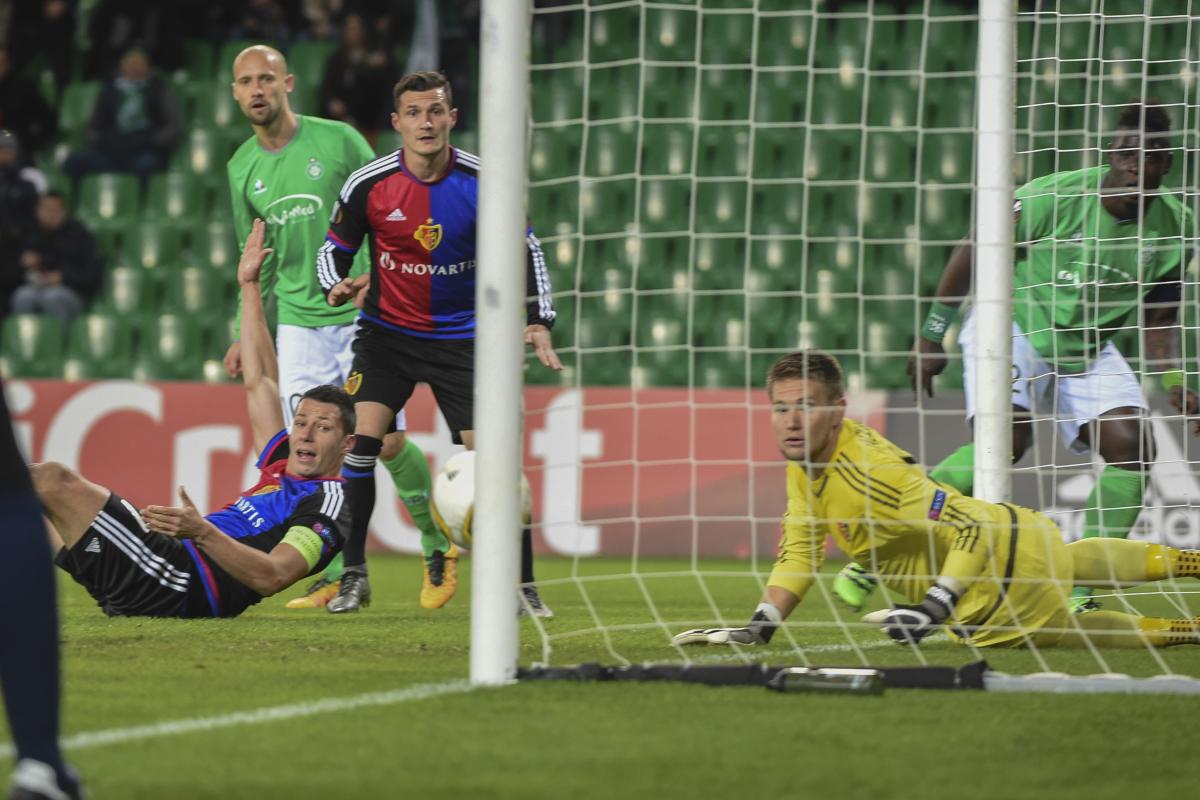 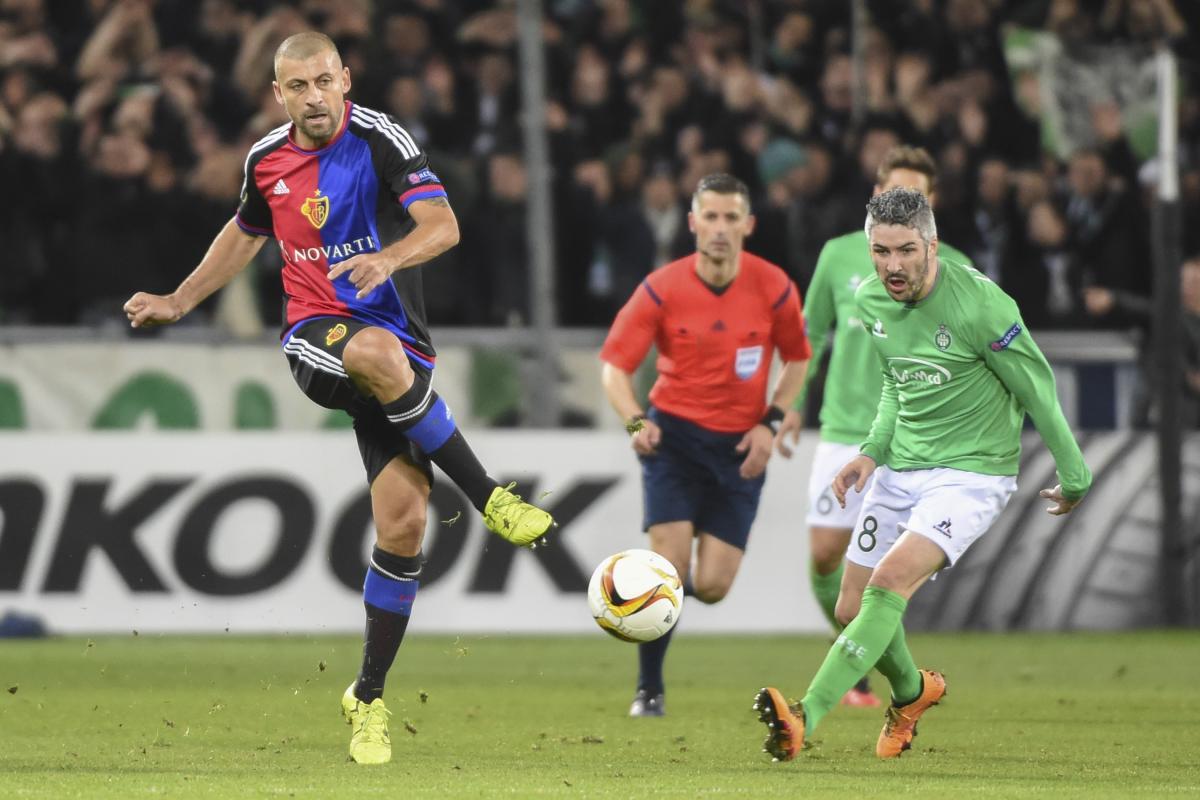 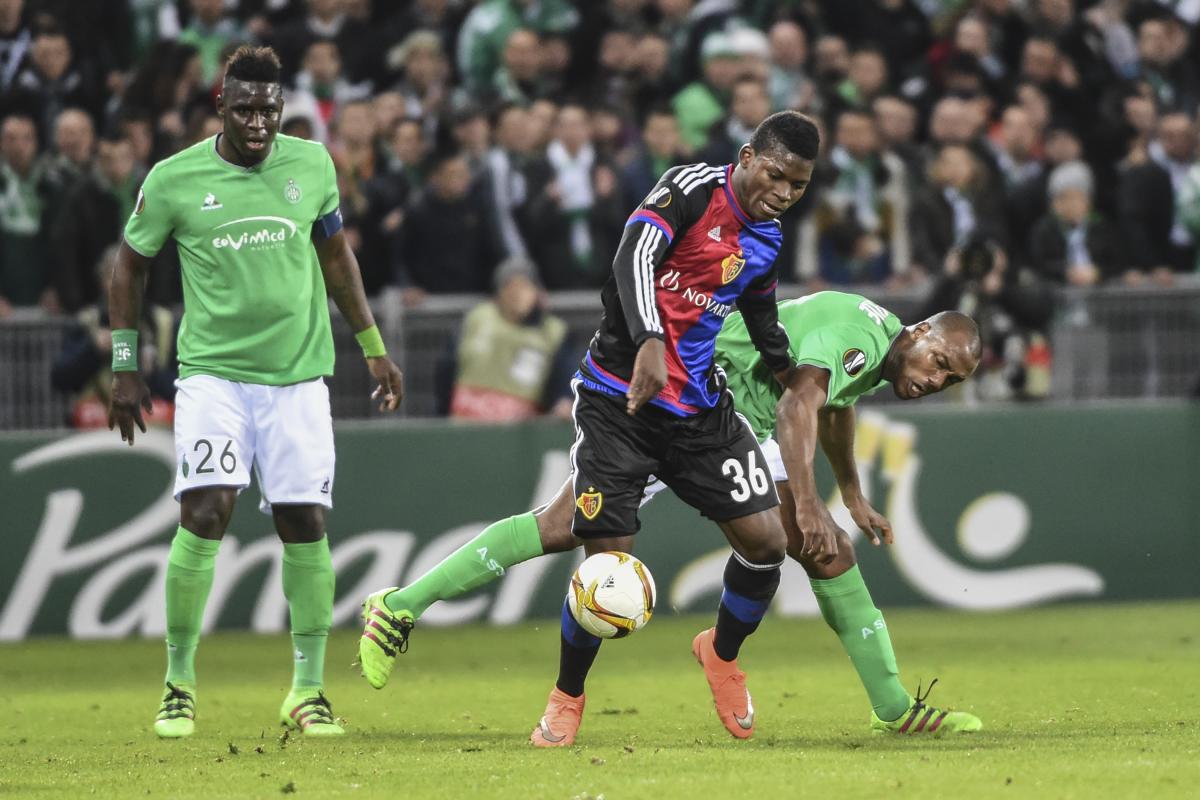