On Thursday 25. February 2016, FCB play their 2nd leg UEFA Europa League fixture (last 32 round) at home, against AS Saint-Étienne (21:05, St. Jakob-Park). Urs Fischer mentioned that the level of importance of the upcoming fixture is no different than that of a fixture in the domestic league, but has different consequences.

In the Swiss league FCB are 15 point ahead of the 2nd placed team. The „Bebbi” are in great form and Urs Fischer´s team have achieved impressive results in 2016: In three fixtures, FCB won three times and have scored 12 and conceded 1.

FC Basel 1893 proved that they can play an impressive game of football, as seen last week in the Stade Geoffroy-Guichard. It was only the result which didn´t go Basel´s way: „We definitely did not underestimate Saint-Étienne. We observed our opponent on several occasions. I think we played well but failed to achieve the desired result. That´s football. The dominant team doesn’t always win."

FCB face a situation which they have not yet been confronted with in the current season: They will start a fixture knowing that they are behind and need to win. Basel feel the pressure of having to win in the domestic league but the possible outcome is somewhat different: If FCB fail to conquer Saint-Étienne, the European competition is over.

This is the reason why Fischer mentioned a „special situation”: „That’s what the knock out phase is all about. You have 2 games to prove yourself; now we need to win in order to qualify. My team is familiar with these situations and has the experience to master the challenge. I don´t value this challenge any higher than our current challenge in the league.”

„Take the intensity of the last fixture into the next game”

The loss in France would have been preventable, but this doesn’t mean that we are unable to qualify for the next round of the competition. „It is always possible that an opponent can make use of a set piece.” Stated Fischer, when asked about the goals his team conceded last week. „The third goal was more of a lucky punch; however, our defenders didn’t do a great job.”

Captain Matías Delgado is convinced that everything is still possible: „We need to take the intensity of the last fixture into the next game. We have been playing well on home turf recently and that´s how we need to perform against Saint-Étienne.”

FCB will be able to count on the support of their beloved fans; not like last week where the away supporters were banned from entering the stadium. On Wednesday, 18´400 tickets had been sold for the decider at St. Jakob Park. 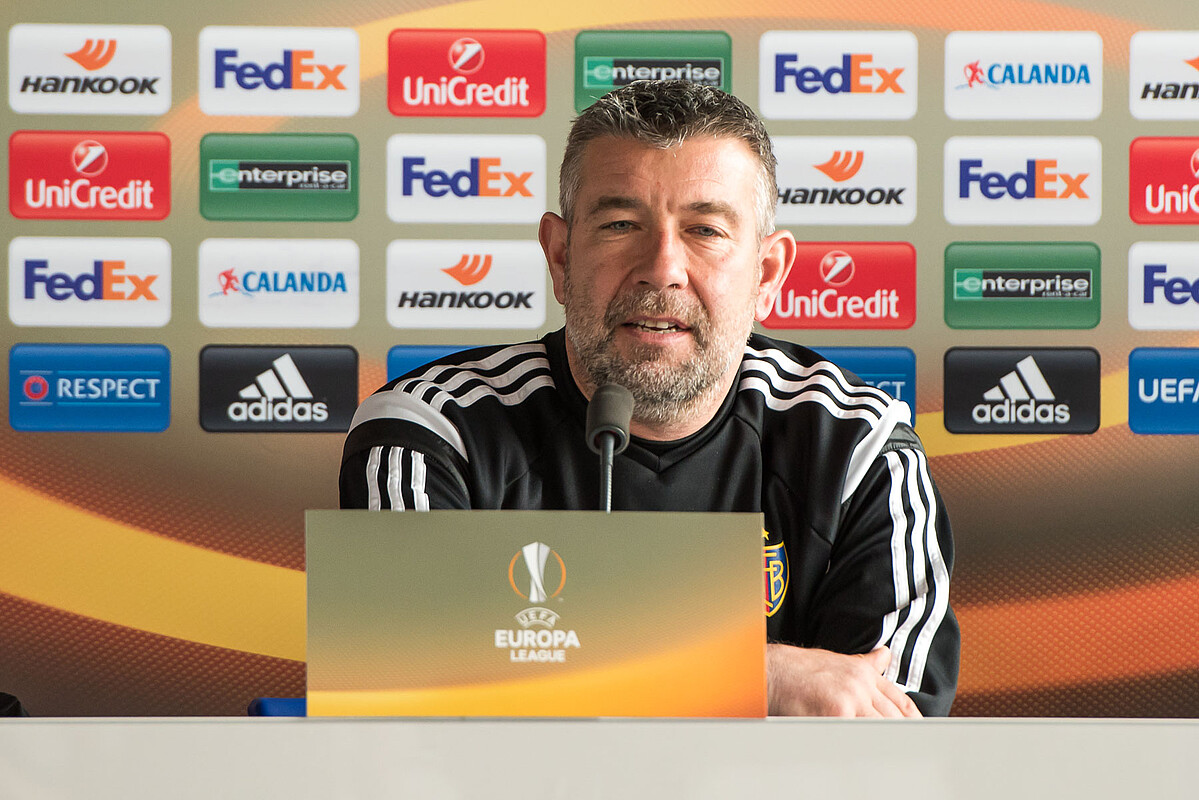