AS Saint-Étienne–FCB: A fierce fixture

On Thursday, 18. February 2016, FC Basel 1893 face AS Saint-Étienne in their 1st UEFA Europa League fixture of 2016. After starting off fantastically into the Swiss Raiffeisen Super League, FCB aim to achieve the same in European competition. Kick-Off at Stade Geoffroy-Guichard is at 7pm (watch live on SRF2).

After the winter break, FCB won both of their Raiffeissen Super League fixtures. Achieving a goal difference of 7:0, FCB started off the 2nd half of the season with positive results. FC Basel 1893 played 2nd placed Grasshoppers, beating them 4:0, away from home, with 10 men for most of the fixture. Urs Fischer´s team is currently on fire.

The fixture against AS Saint-Étienne, away from home, will be the next stepping stone for FCB. The French record title winners have also started off their season on a high: In the last 6 fixtures, the “Stéphanois” have only lost to Paris-Saint-Germain and recently drew with 2nd placed AC Monaco. The French side also won against Olympique Lyonnais and FC Girondins de Bordeaux. Currently Saint-Étienne are placed 4th in the Lique 1.

Urs Fischer made the following statement on Wednesday, regarding his opponent: “Saint-Étienne has focus and have found a system that works for them. I think it will be a very open game, not only tomorrow but also during the return leg”.

Breel Embolo expresses respect towards his next opponent: “It’s going to be a hard, physical fixture for us. We will be facing an experienced team that knows how to defend in front of their own goal. They recently achieved great results.”

One thing is clear, that FCB have a disadvantage. Based on the state of emergency in France, FC Basel 1893 will not be able to count on their supporting fans in the Geoffroy-Guichard stadium. No supporters from Basel will be allowed to enter the stadium. Fischer stated:” Our fans are very important to us. We need their support in every game; the players are influenced by their support. Our fans have always supported us as much as they can. This decision has been made and we must prepare accordingly. I am sure that our fans will be supporting us from home”: Watch this UEFA Europa League fixture live on SRF 2. 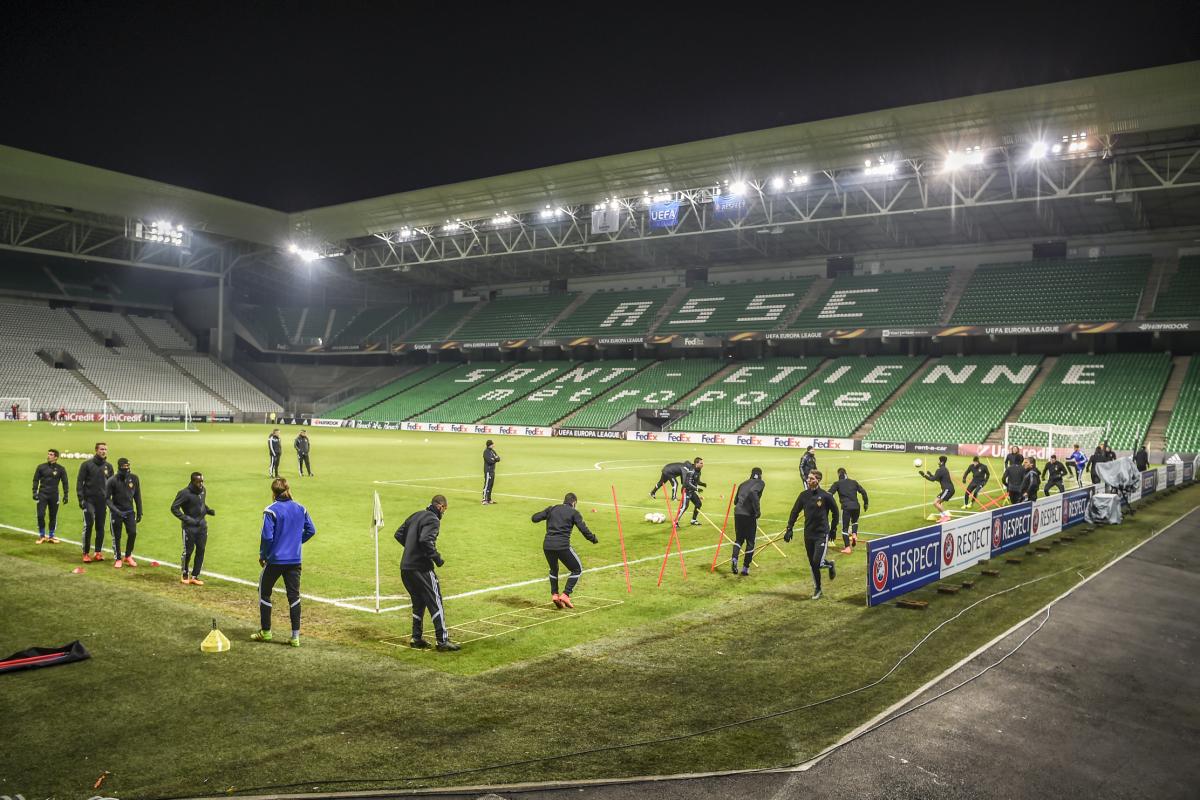