On Thursday, February 25. 2016 FC Basel faced AS Saint-Étienne; the last minutes of the fixture could not have been any more exiting. For most of the game, it seemed as though Luca Zuffi´s goal in the 15th minute (freekick) was going to be the only goal of the night. AS Saint-Étienne´s Moustapha Sall managed to sneak in an equalizer in the last minute of regular time. A 1:1 draw would have diminished FCB´s chances of qualifying for the next round. It was Zuffi yet again who scored in stoppage time, (2:1) making the final score 4:4. Basel qualified for the round of the last sixteen of the UEFA Europa League, based on away goals scored. The 20´000 supporters were entertained to the maximum, especially during the last minutes of this epic fixture.

It was another unforgettable night at St. Jakob Park for the 20´976 supporters, who witnessed an action packed fixture between FC Basel and AS Saint-Étienne. Both teams fought for victory for over 90 minutes and both Valentin Eysseric and Breel Embolo were sent off (both with two yellow cards). There were chances on both sides and the supporters of both teams contributed significantly towards to electric atmosphere.

For those who watched this fixture, the last few minutes were most impressive: FC Basel held onto the lead for 75 minutes, until the visiting team scored out of the blue, in the 89th minute. It seemed as though FCB´s hopes and dreams of qualifying for the next round of the competition were eliminated after Moustapha Sall´s last minute strike.

Basel did not give up hope and believed in themselves until the very last moment. The home side attempted to score their 2nd goal for a duration of 75 minutes, but failed; until the final minutes of the fixture. Birkir Bjarnasons´cross found Michael Lang, who headed the ball to Luca Zuffi. It was no other than Basel´s number 7, who scored (91.) the important goal for the home side. The final, combined score of 4:4, meant that FCB qualified, based on away goals. “It feels like I aged a few years during this fixture, but I don´t care.” Stated Fischer after the game.

Never failed in the round of the last sixteen

The last minutes of the game were the most intense, however over the 90 minutes of play, both team´s were responsible for a very exiting game, full of suspense. Both sides played a physical and passionate game of football, with the aim of qualifying for the next round of the UEFA Europa League. The statistics are in Basel´s favor; whenever FCB have qualified for the round of the last 16, they have qualified for the quarter finals of the competition.

The draw for the next round takes place on Friday, February 26, 2016 (13:00), in Nyon. One thing is clear; After facing Strasbourg, St. Petersburg and Salzburg, FC Basel 1893 will not be drawn against a team ending in “burg”, as Augsburg failed to qualify against Liverpool FC. 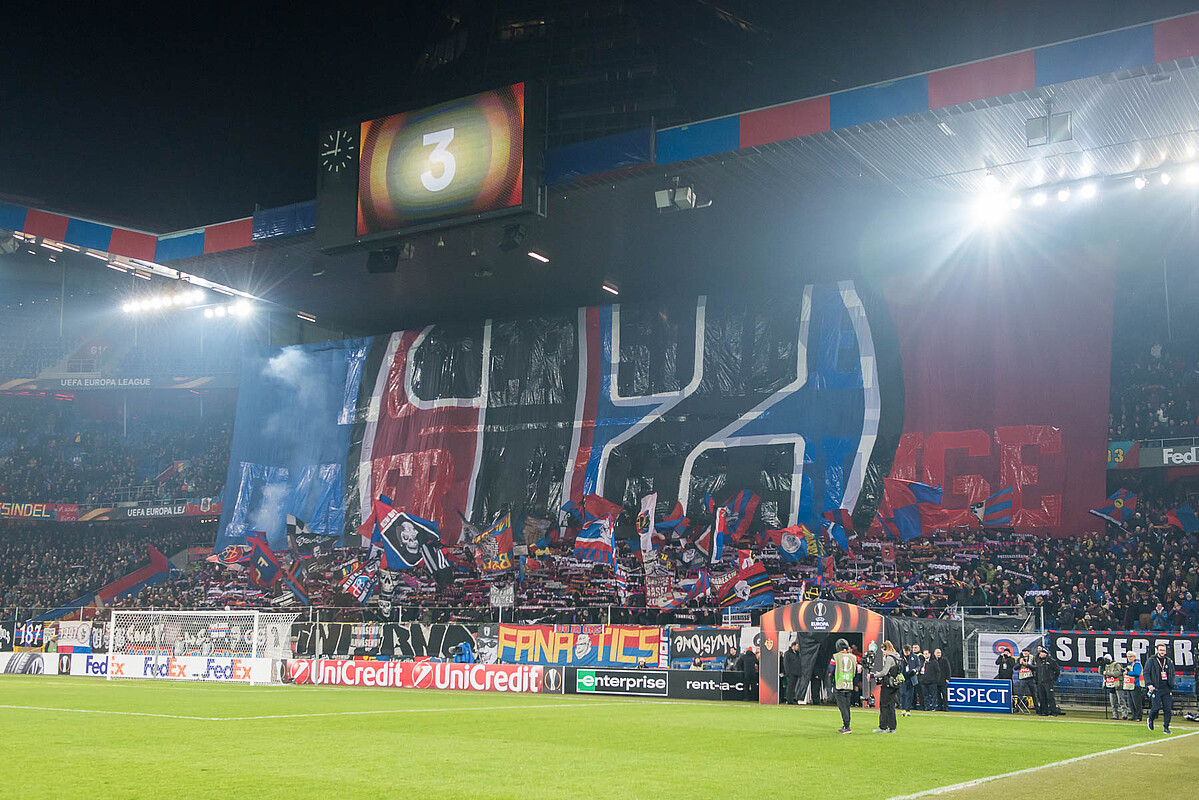 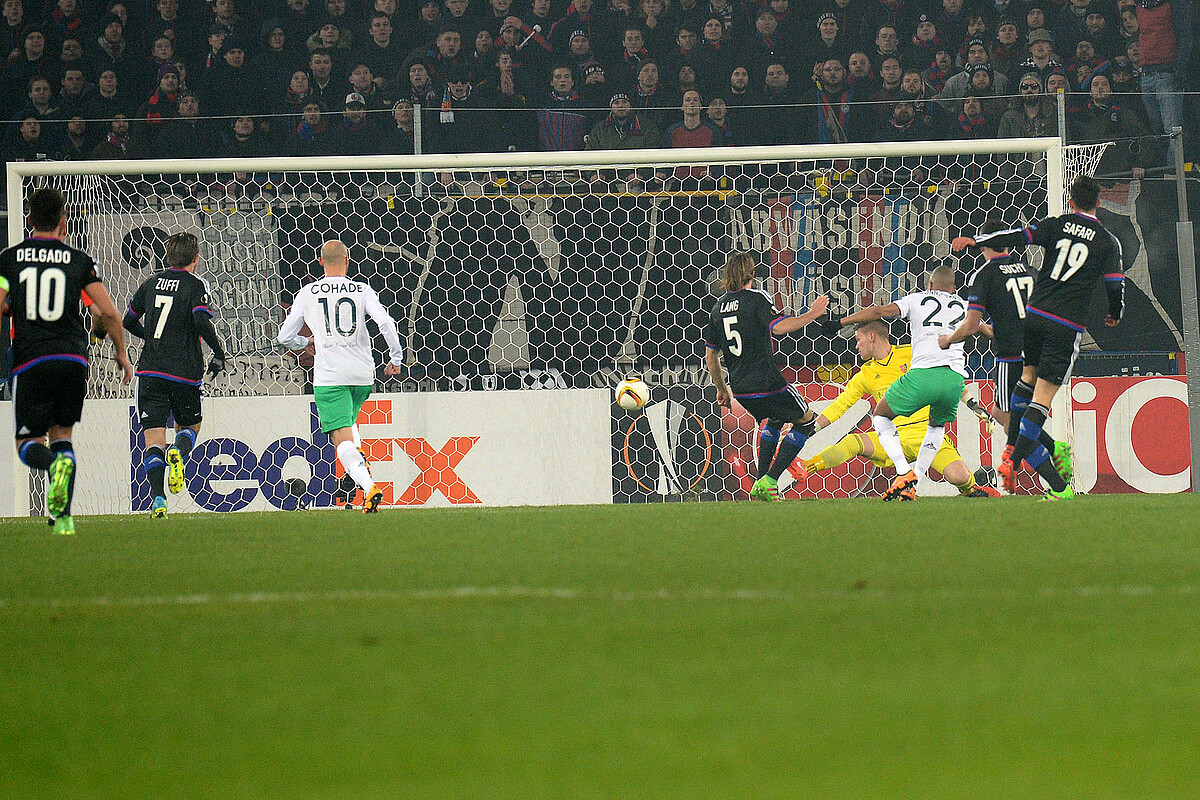 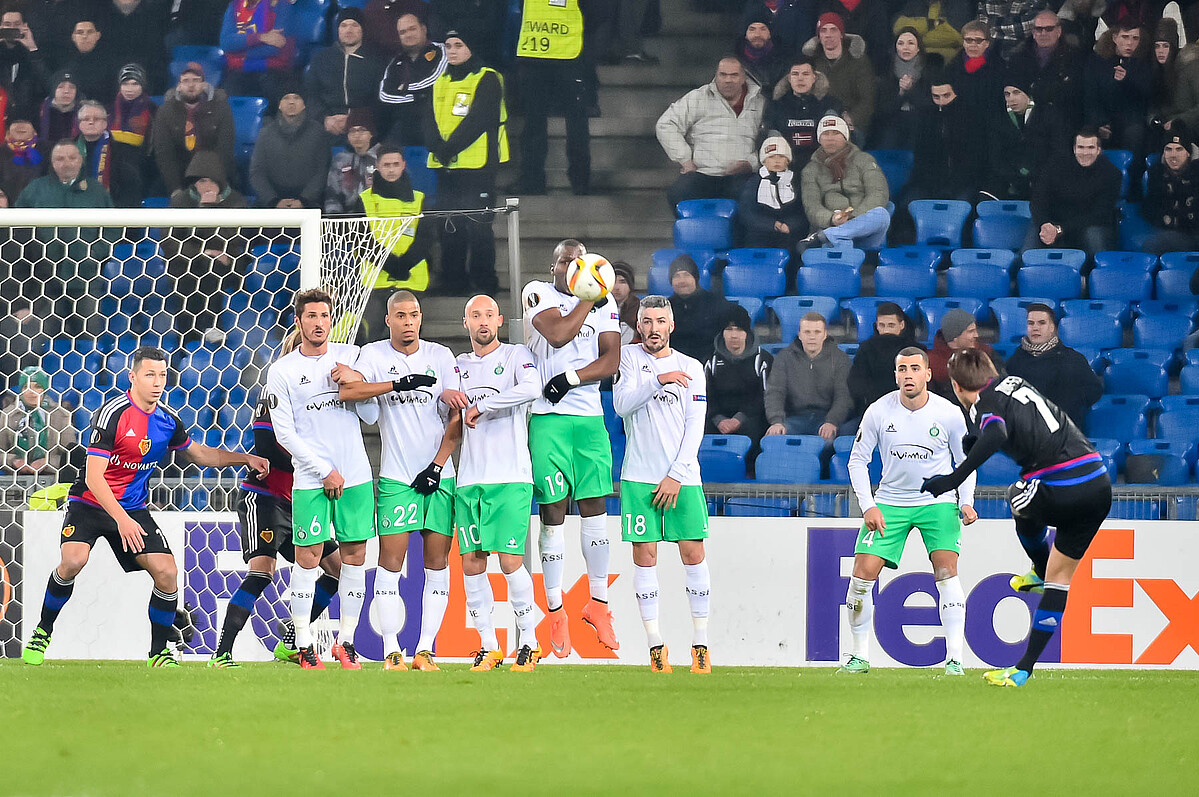