Real Madrid on another level

FC Basel lost the opening game of their UEFA Champions League campaign, on the 16th of September 2014, the Swiss Champions losing 1:5 against Real Madrid CF. After 15 minutes of convincing football, FCB were unlucky to go behind, Marek Suchy deflected Nacho’s shot, leaving Tomas Vaclik helpless. Between the 31st and the 38th minute Real worked their magic, scoring three times. Derlis Gonzalés scored one back before the break, making it 4:1, but Madrid’s class made it nearly impossible for Basel to turn the match around. Basel’s efforts in the 2nd half were not rewarded, on the contrary Karim Benzema scored another for the Spanish, making it 5:1.

After Basel’s defeat against Zurich’s Grasshoppers, a positive reaction was expected, especially following a Real Madrid’s weak start to the season and latest derby defeat against city rivals Atletico Madrid.  Real Madrid’s coach Carlo Ancelotti was positive after his team’s victory: „We played a strong first half, with a high intensity and great tactical set up. “ It was evident that Real Madrid wanted to show who is boss. FC Basel were able to keep up with Madrid’s pace for 10 minutes, Mohamed Elneny being the player being with the first shot on target,  but without troubling  keeper Iker Casillas.

It was galling for FC Basel that Madrid’s first goal was caused by a deflection. Right back Nacho’s shot was deflected by Marek Suchy, leaving Tomas Vaclik without a chance. This first goal wasn’t the kick off to Real’s party, but definitely a kick in the teeth for FCB, who couldn’t recover from the initial shock. 15 minutes after Real’s opening goal, the Spanish decided the game with three goals within 8 minutes. Basel’s hopes were destroyed very quickly. FCB could only watch as Real went through the gears. Paulo Sousa stated: We  left too much space between the „lines“.  Our aim was to be brave and not simply defend, but Real Madrid coolly took advantage. “

Gareth Bale, Cristiano Ronaldo und James Rodriguez were the scorers for Real Madrid. These are all big names which represent the quality of the Spanish side. The score could have easily been higher during Madrid’s strongest phase of the game, however FCB didn’t let their heads drop, even after the 0:4. „We showed a strong character“, stated Sousa. Basel’s was rewarded just before the break: Luca Zuffi’s pass launched Paraguayan Derlis González, who scored from a distance of 18 meters. The half time break coming at the right time for away team.

After the break, Basel set up better  to handle Madrid’s offensive pressure, creating several chances, testing Iker Casillas from time to time. González had the biggest chance, nearly scoring a second for his team, however he wasn’t able to keep his nerve when one on one with the Madrid keeper. The chance from Fabian Frei’s perfect pass only resulted in a corner kick.

In the 2nd half it was only the home side that were able to score. Madrid’s Karim Benzema scored, making the final score 5:1. The conclusion of the game is hat Real Madrid simply has more quality than Basel. Sousa stated after the game: „ We played against one of the best teams in the world with some of the best players. “ 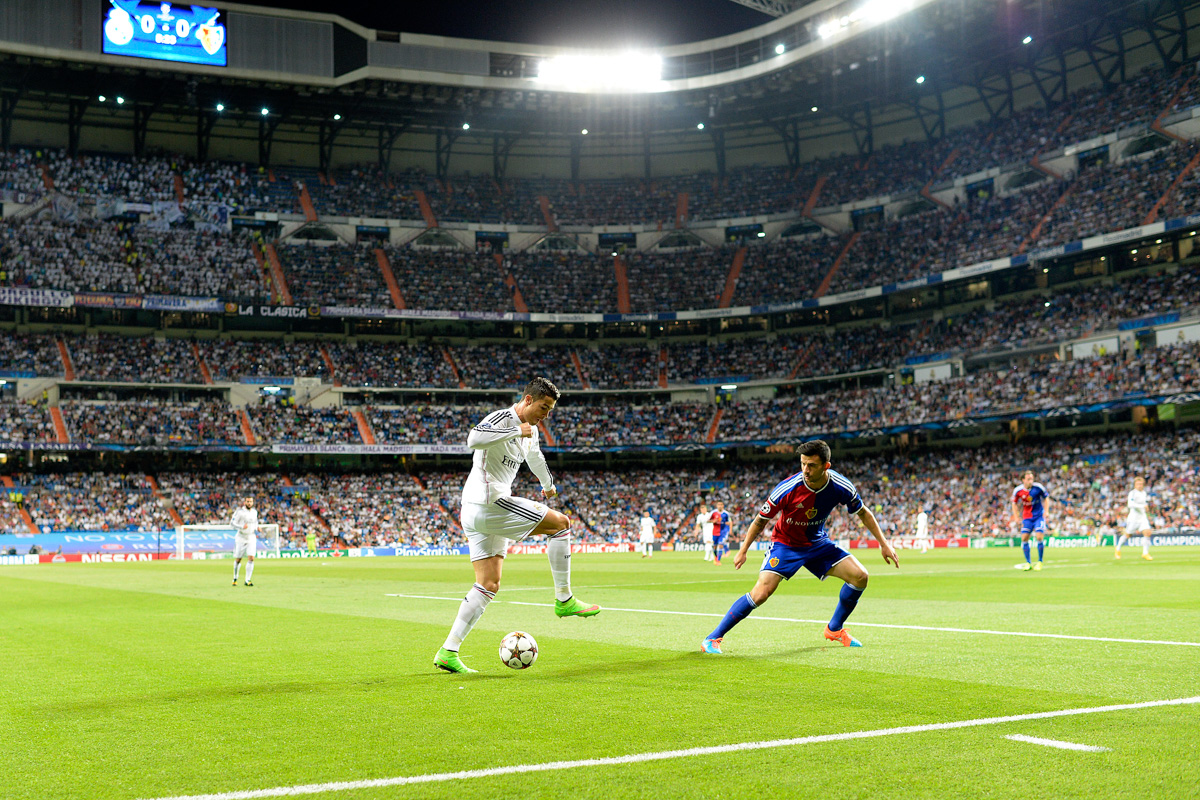 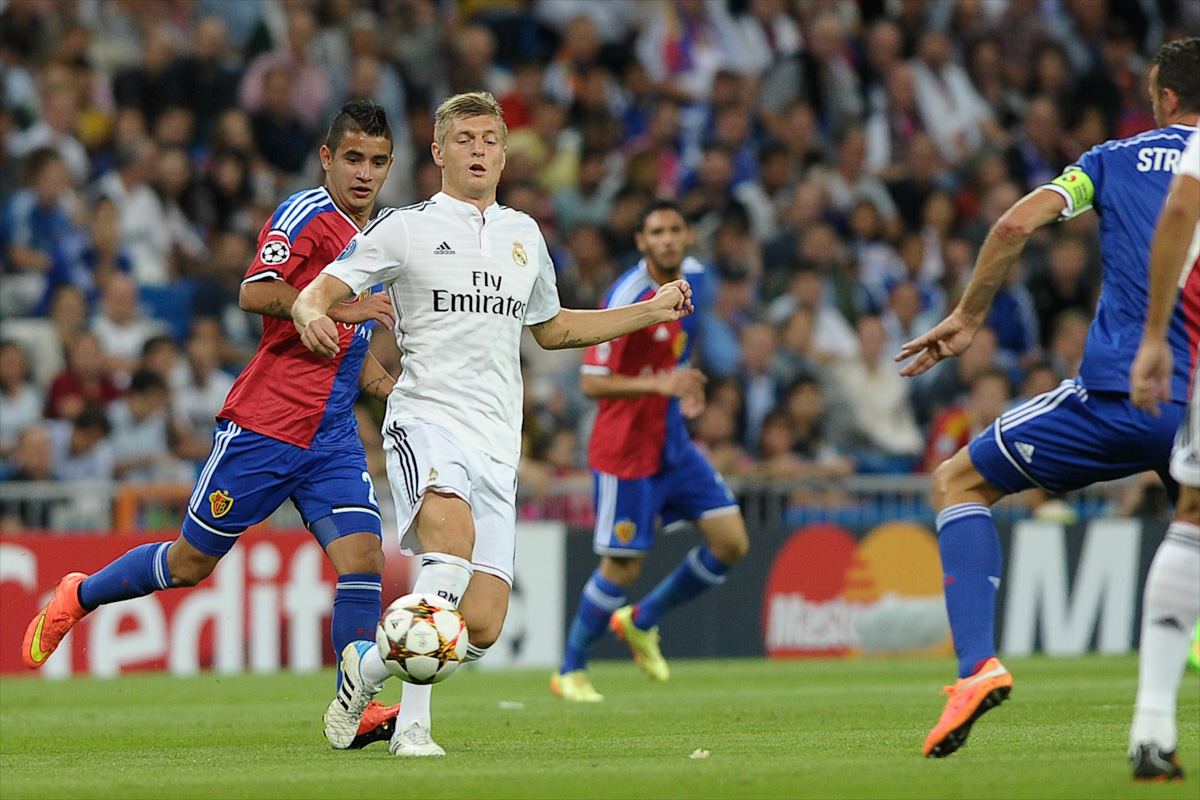 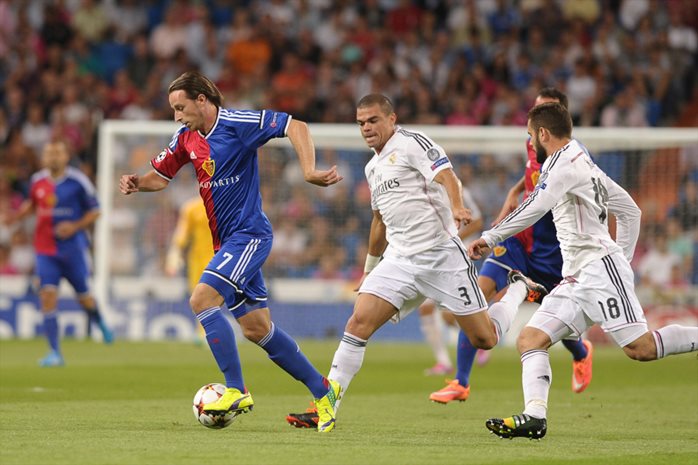