On Wednesday, 1st October, FC Basel 1893 rewarded its fans with yet another memorable night in European competition, securing their first victory in their second Champions League group stage match against Liverpool FC. Basel was rarely in danger of conceding despite losing Behrang Safari to injury, after 5 minutes.. FC Basel prevented Liverpool from gaining control throughout the entire match, and was continuously a threat. The home team’s solid performance secured 3 points against the last season’s Premier League runners up. It was no other than Marco Streller who scored the deciding goal (1:0), in the 52nd minute, following Taulant Xhaka’s corner.

As coach Paulo Sousa stated at the beginning of the season, Basel’s aim is always to dictate play, no matter who the opponent is. Sometimes it has worked well, sometimes not; however against Liverpool FC it was evident which team was “Boss”. Liverpool managed 2 shots on goal during the first half, both saved by keeper Tomas Vaclik. By half time the stats on corners were 6:2 for Basel. Statistics don’t always paint a realistic picture of a match but in this case they proved to be correct. Basel dominated offensively, remaining tight in defence.

From a neutral perspective it was not evident that FCB were playing against the Premier League runners up. Brendan Rogers’s explanation: “If a team goes behind against Basel, it is never easy. English teams have often experienced difficulties at St. Jakob-Park.” That is correct: To date,  Manchester United (2003) is the only English team  to have  won in St Jakob Park in the Champions League.

“Maybe we could have scored more”

In order to secure victory, FCB had to remain focused, but a defeat was never in sight. “In order to create danger in Liverpool’s penalty box, it was essential for us to take control of the game,” Sousa stated after the match. “We displayed a brave and ambitious performance. We defended well and managed to create several chances in the 1st half. If we would have used our chances, maybe we could have scored a few more.”

The deciding goal came after 50 minutes of play: From a corner  by Taulant Xhaka, Liverpool failed to clear, leaving Marco Steller to work his magic. Goalkeeper Simon Mignolet couldn’t prevent Streller’s close range shot from crossing the line. Even before the goal, the atmosphere at St. Jakob-Park was electric, however after the goal the stadium exploded with emotion. Sousa praised the home fans during the post-match press conference: “Our fans continuously pushed us on.”

There have been several games in the past where last minute nerves were present, but not this time. There was nothing on the night that compared to Chris Sutton’s last minute shot in 2002 against Celtic Glasgow. Yes, Liverpool did increase the pressure towards the last stage of the match, as they wanted to prevent a loss, but no big danger was  created. The big chances were created by FCB as to be expected from the protagonist. 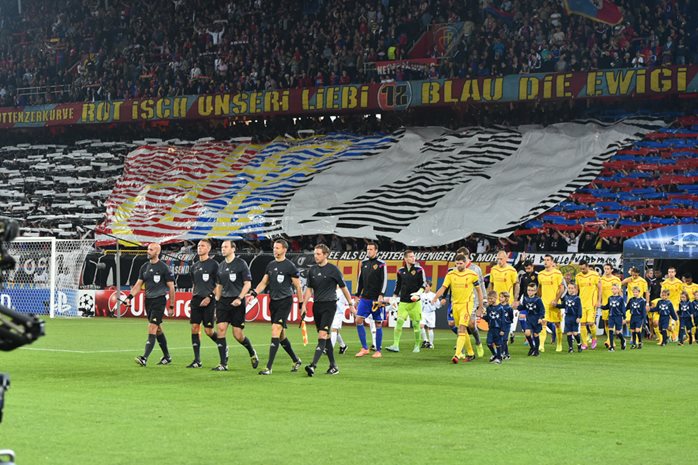 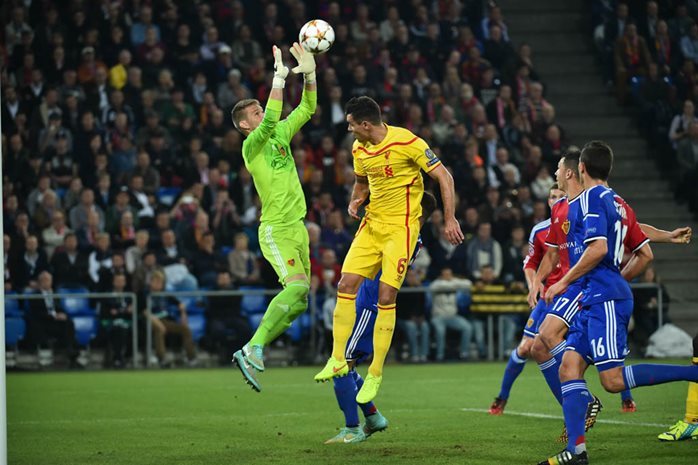 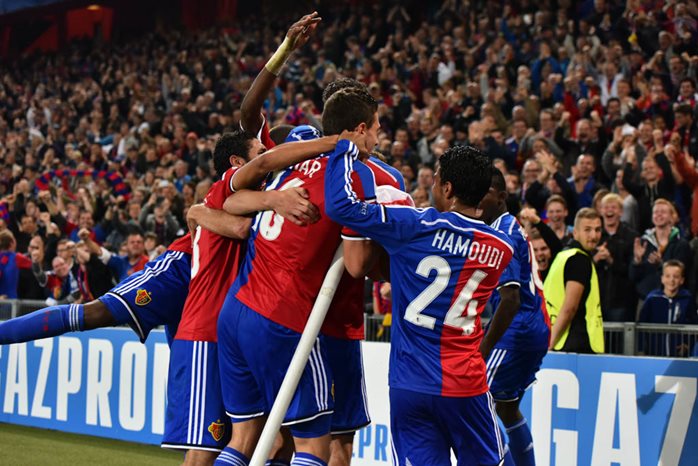