The fixture between Liverpool FC and FC Basel 1893 on Tuesday 9th December 2014 had everything: Pace, brilliant goals and suspense. For long periods at Anfield it seemed as though Liverpool were unable to create any danger. FCB took the lead in the 25th minute through a goal by Fabian Frei. 10 Then ten minutes from time te the Liverpool equaliser came out of the blue. Steven Gerrard’s wonderful free kick increased the suspense. The game intensified after Liverpool FC went down to ten men following Lazar Markovic’s dismissal Both teams had chances to grab a winner But the game ended in a draw enough to secure FCB entry into the next round of Champions League.

As the battle was over, the FCB players celebrated with the many supporters who were spread throughout the stadium. Both players and fans deserved it. The outcome had seemed long decided with the hosts mostly harmless up until the 80th minute, Liverpool FC seemed to lack confidence but then created several chances, challenging Basel keeper Tomas Vaclik. Liverpool FC coach Rodgers stated: “We were too weak in the first half; Basel is in top form, regularly qualifies for the Champions League, has a lot of experience and deserves to qualify for the next round.” Basel coach Sousa was delighted after the game: “I am very proud that my team, my players and I were able to make our mark in the history books of this great football club.” Not only the result but the nature of his team’s performance made the Portuguese a proud man.

FC Basel controlled the game for quite some time; Frei scored in the 25th minute putting the guests deservedly in front, Basel’s midfielder drove the ball into the net with his left foot, from around 16 meters. The game settled down with chances mainly created in front of the Reds goal. The match changed when Liverpool were rewarded a free kick, just outside of FCB’s box. Steven Gerrard came, saw and conquered, placing the ball precisely in the top left corner; A spectacular goal. Bringing Anfield Road back to life.  In the final stage of the game both teams had chances to score the winning goal the draw can be regarded as a fair result, especially as FCB contributed more throughout the game, to qualify for the last 16 of the competition.

For the 3rd time: Qualification for the last 16 stage of the Champions League

The point won in Liverpool means that FC Basel 1893 qualifies for the last 16 stage of the UEFA Champions League for the third time in club history.  On all three occasions, FCB have eliminated an English team to claim second place in their group, ; Three  years ago, against Manchester United and twelve years ago also against Liverpool FC. This year was the first time FCB were able to qualify for the next round, when playing away from home. The only English club who managed to be ranked higher in their group was Chelsea last season despite losing to FCB twice.

In their fourth fixture against the legendary Liverpool FC, FC Basel was able to maintain their solid record; After 2 draws and 1 victory, Now FCB can add another draw to the tally, which feels more like a tremendous triumph.  FCB were not that far away from a second win against Liverpool and only a second win on English soil. 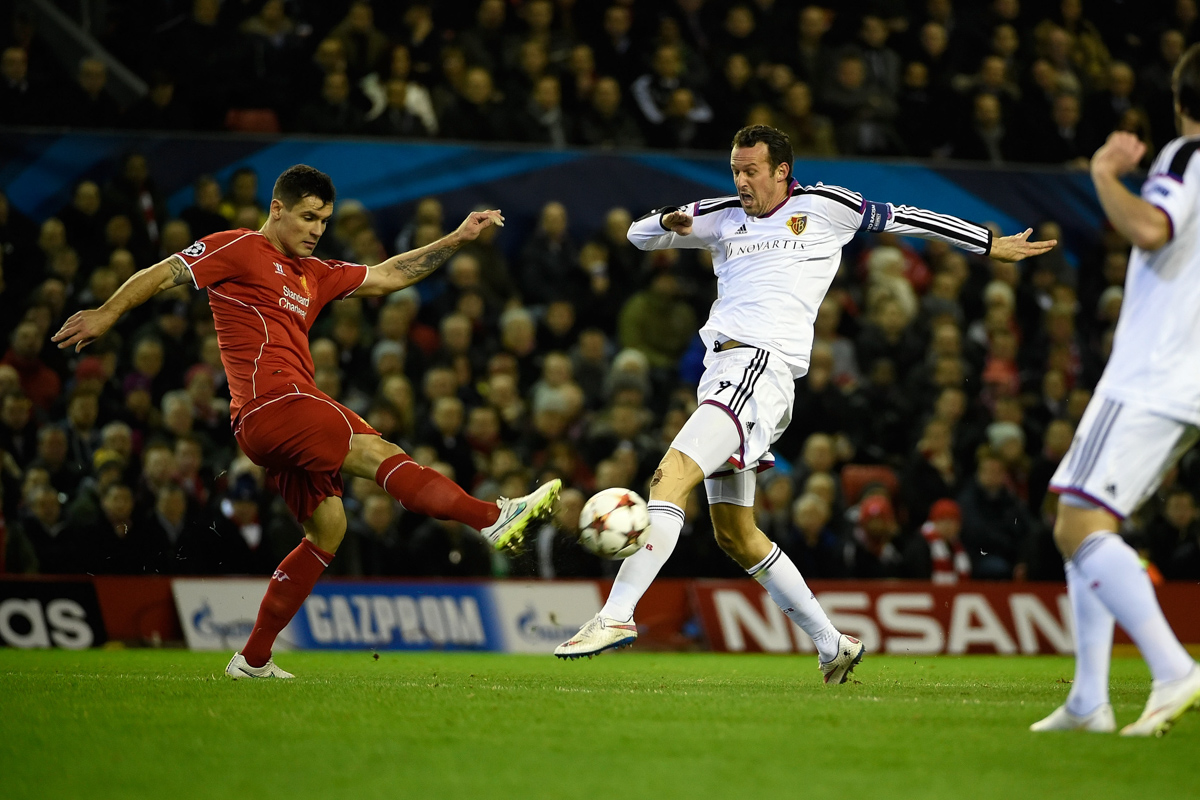 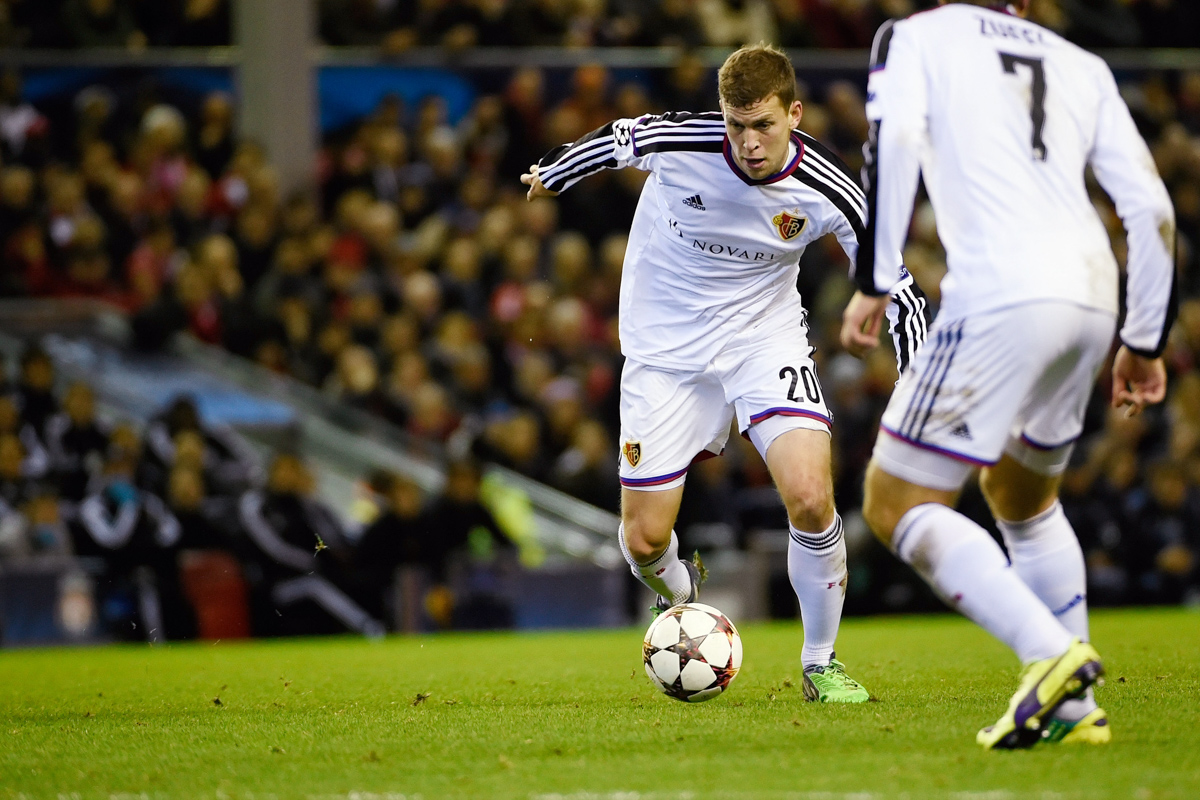 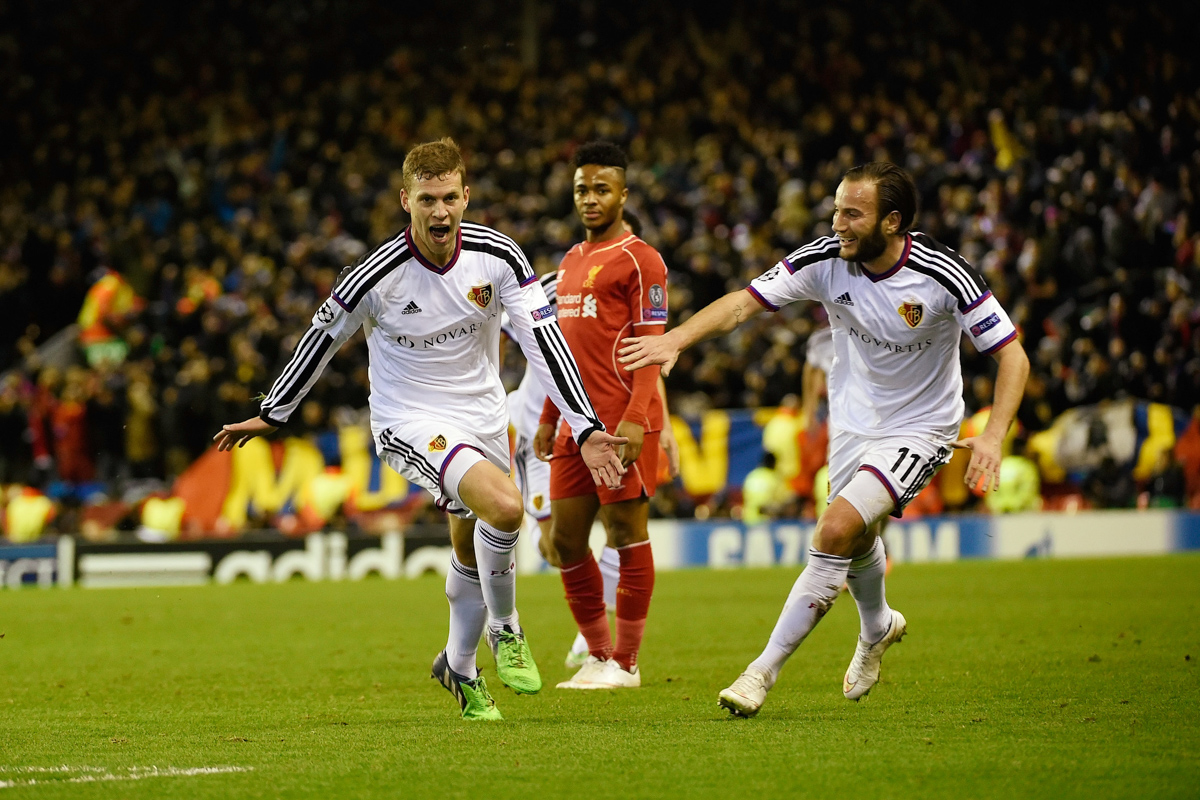