Back to business: FCB face FC Vaduz in the first game of the season.

The Raiffeissen Super League 2015/2016 is ready to begin. On Sunday 19. July 2015, FC Basel face FC Vaduz on home soil (1.45pm, St. Jakob-Park). Six weeks after the cup final defeat, the time has come to get serious again. FC Basel has recently experienced several changes within their team, where it has been relatively quiet for FC Vaduz.

There is not much to say about FCB’s  progress so far, as the season has not yet kicked off, however the new head coach, Urs Fischer states that his team worked very hard in preparation for the new season: „In the past four weeks my team worked very ambitiously. It wasn’t always easy as we have one group of player who started training for the new season from the beginning and there is  another group of players who joined at a later stage. Several players returned back from their national teams and some players were simply new to the team, such as Marc Janko, Zdravko Kuzmanovic and Birkir Bjarnason. Most importantly, nobody suffered any serious injuries.“

Philipp Degen and Marc Janko did suffer light injuries but will be able to re-join the team’s training session next week. Both Ivan Ivanov and Derlis González are both injured and will not be able to play against FC Vaduz. Zdravko Kuzmanovic is lagging behind in regards to his training status but will still be on the squad for FCB’s first fixture of the season. This is all the information shared by Urs Fischer ahead of the first game of the season.

Fischer expects Vaduz to be as strong as last season

There weren’t too many changes made at FC Vaduz during the summer break. Hekuran Kryeziu returned back to FC Luzern and Kwang Ryong Pak signed for FC Biel-Bienne. These were the biggest changes at FC Vaduz. These few alterations are most likely the reason why Urs Fischer expects Vaduz to be of similar strength as last season: „We watched their Champions League qualification fixture on Thursday, against Nomme Kalju, but were were not able to make too many conclusions. FC Vaduz has a few new players but in preparation for the fixture against Vaduz, we will be watching videos of last season’s team. I believe the team will play a similar style of football as last season. It is clear that we will have to play at our best in order to avoid any surprises.“ The biggest changes for FC Vaduz are the new signings; Paraguayan striker Mauro Caballero and Dutch midfielder Ali Messaoud.

Before facing FC Vaduz on Sunday, FC Basel 1893 prepared by playing several friendlies; SC Austria Lustenau (4:1), TSV 1860 München (1:2), Schachar Donezk (1:3), PSV Eindhoven (3:2) and Bayer Leverkusen (2:1). Fisher demands that his team perform in a flexible and organised fashion. Zdravko Kuzmanovic underlines the following: „ It’s not an easy situation for us, as we are the team everybody wants to beat. We need to deliver the results. There can always be unpleasant surprises in football. We want to make sure that there will be no surprises against FC Vaduz.“ We will know more on Sunday afternoon. 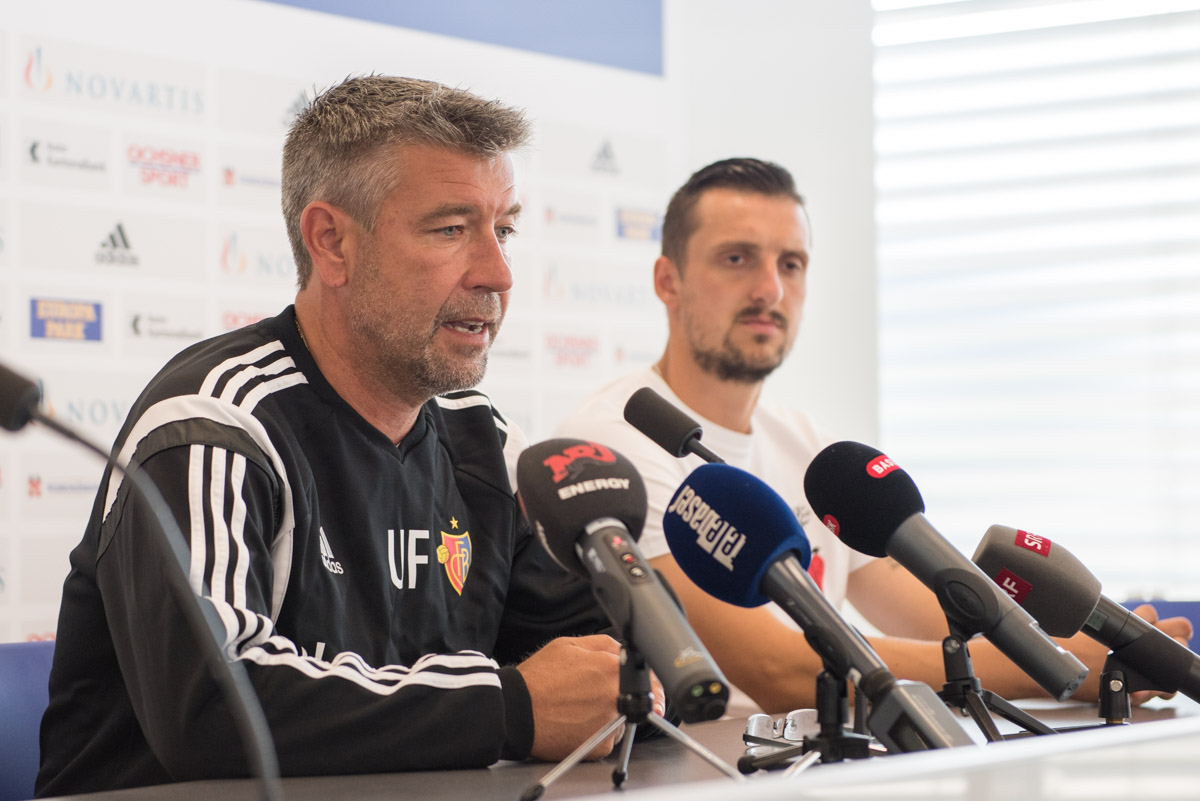