On Thursday 17th September 2015 (9.05pm, live on SRF 2), FC Basel 1893 face ACF Fiorentina in Italy. This is most likely to be FCB´s most challenging fixture of their Europa League group stage campaign. This match is somewhat special; Basel will be confronted with ex-coach Sousa who now coaches FCB´s opponent and Zdravko Kuzmanovic will be returning to Stadio Armetio Franchi, which used to be his home ground.

FC Basel 1893 kick start their 2015/2016 Europa League campaign against AFC Fiorentina, who finished 4th in their domestic league last season. This fixture away from home, against one of Italy´s top clubs, will most likely be FCB´s toughest challenge of their European competition this autumn. FCB did not comment on which side they believe to be the likely favorites, but coach Urs Fisher mentioned the following: “It´s important to start the competition on a positive note. A great 1st result could help us along the way in this group stage”.

Fischer observed his opponent and noted the following, about Paulo Sousa´s team: “They have a strong team and value ball possession. They try to dominate for 90 minutes and have both offensive and defensive qualities”. It is not necessarily an advantage that his players know the opponents coach, as Sousa is also very familiar with Basel´s team.

Kuzmanovic is familiar with Fiorentina

FCB have a valuable player in their ranks, who is familiar with Fiorentina from a previous contract. Zdravko Kuzmanovic returned to Basel from Inter Milan this summer,  but played for the “Arno” after a move from Basel in 2007. Kuzmanovic reflects on his time at ACF Fiorentina: “I enjoy coming back, we had a strong team back then. I have positive memories of Florence but now I play for FCB and want to win tomorrow”; He made this statement during a pre-match interview on Wednesday night.

The Italians have started the Serie A with two victories and one defeat. FCB´s 8 consecutive wins show that the Swiss Champions are ready for the challenge. Urs Fischer thinks FCB´s results are not only an advantage: “Victories are always great as they create self confidence, but tomorrow we are playing in a different competition.”

The pre-match press conference ended with the following words: “The most important thing is that we are ready when the referee blows his whistle to start the game on Thursday night, 09:05pm.” This is when FCB´s Europa League campaign 2015/2016 kicks off. Exciting times for FC Basel 1893 lie ahead. 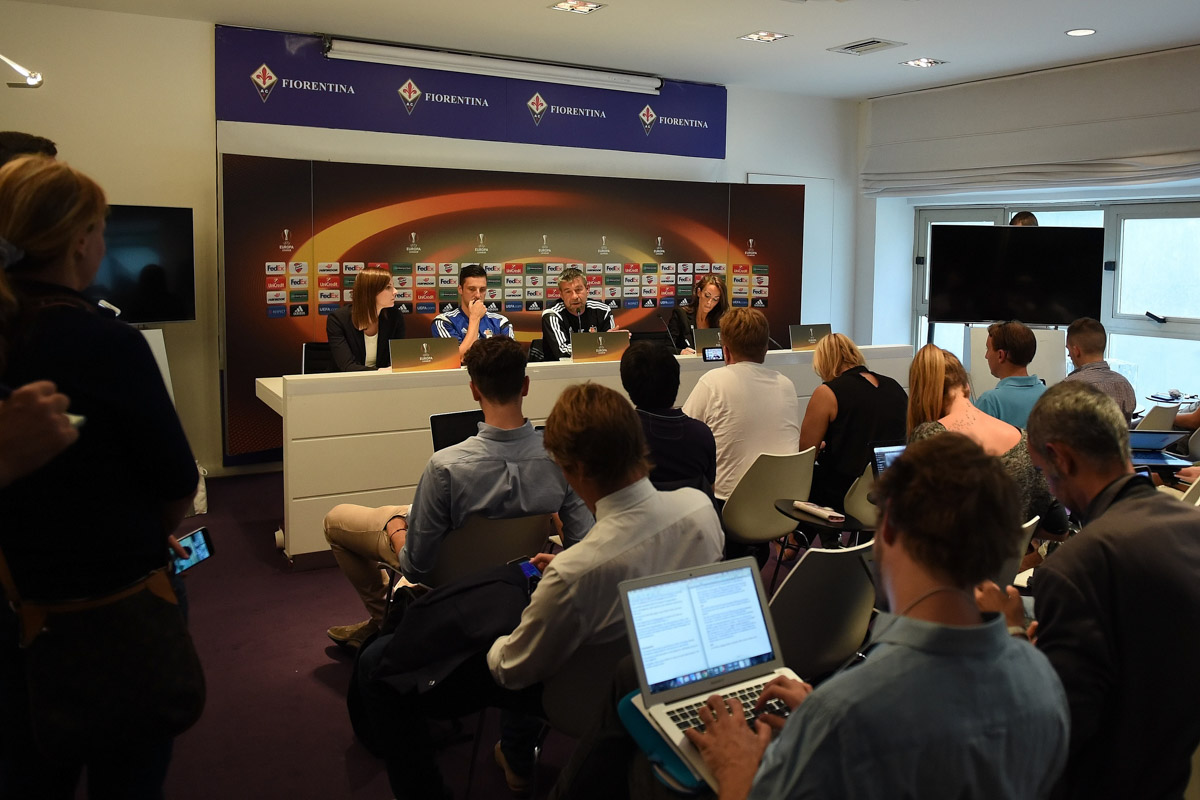