FC Basel 1893 kicked off their Europa League campaign in Florence, on Thursday 17th. September 2015 with an Italian shocker. Three minutes after kick off the Italians scored on home turf. For a long time it didn’t look like the visitors would score, but FCB proved to be more active than it´s opponent in the second half. Fiorentina´s Gonzalo Rodriguez was sent off, creating an advantage for FCB. With a player in hand, Basel managed to turn the score around. Birkir Bjarnason scored the equalizer; the ball clipping the post on it´s way in. It was Mohamed Elneny´s Egyptian masterpiece that silenced Sousa: Elneney scored the 2:1 with a cracker from a distance, contributing to FCB´s perfect start to their UEFA Europa League campaign.

FCB experienced a terrible start to their group stage of the Europa League 2015/2016. Fiorentina´s 1st attack on goal resulted in the 1st goal of the evening: Josip Illicic´s assist to Nikola Kalinic ended with a goal in the 3rd minute of the fixture; It was however Tomas Vaclik who forwarded the ball over the line, due to a misunderstanding between Marek Suchy and Vaclik himself.

The fixture continued to be a balanced game between two sides of equal quality. Conceding  a goal in the early stages of the game was therefore understandably frustrating for the Swiss side. Hardly any chances were created. It was Breel Embolo who failed to make use of the best chance of the 1st half; The Swiss International dribbled past a few opponents but could´t beat Fiorentina´s keeper Luigi Sepe.

Urs Fischer explained what his team lacked in the first half of the game: “We showed dominance and had more ball possession than our opponents, but we were lacking determination in those 20 meters in front of the goal. We discussed this during the break, reacted accordingly and were rewarded.”

It was to Basel´s advantage that the Italians were one man down as of the 65th minute. Breel Embolo was viciously brought down by Fiorentina´s defender Gonzalo Rodriquez who was sent of for his hard tackle. Even with 11 men, the home side played very passively, allowing Basel to take control of the game. At the beginning of the 2nd half,  Fiorentina managed to create limited danger with a few counter attacks, but never became a threat.

Elneny's contribution to both goals

Big praise for Mohamed Elneny; He did not only score a wonderful goal from a distance of 25 meters but he also launched the the attack which resulted in the equalizer: The Egyptian passed to Luca Zuffi, who gave the assist to Birkir Bjarnason, beating Sepe, resulting in the 1:1. The Italian keeper had his hand on the ball but only managed to deflect the ball onto the post and over the goal line.

The victory in Florence was not only the 12th victory in 14 fixtures but also the 2nd consecutive victory on Italian soil: During the Champions League Season of 2010/2011, FCB beat AS Roma. More importantly was the success in the Artemio Franchi stadium. FC Basel have kicked off their Europa League campaign 2015/2016 with a fantastic result, in a fixture predicted to be the toughest challenge of their EL group stage this Autumn. This positive result could be of great value in weeks to come. 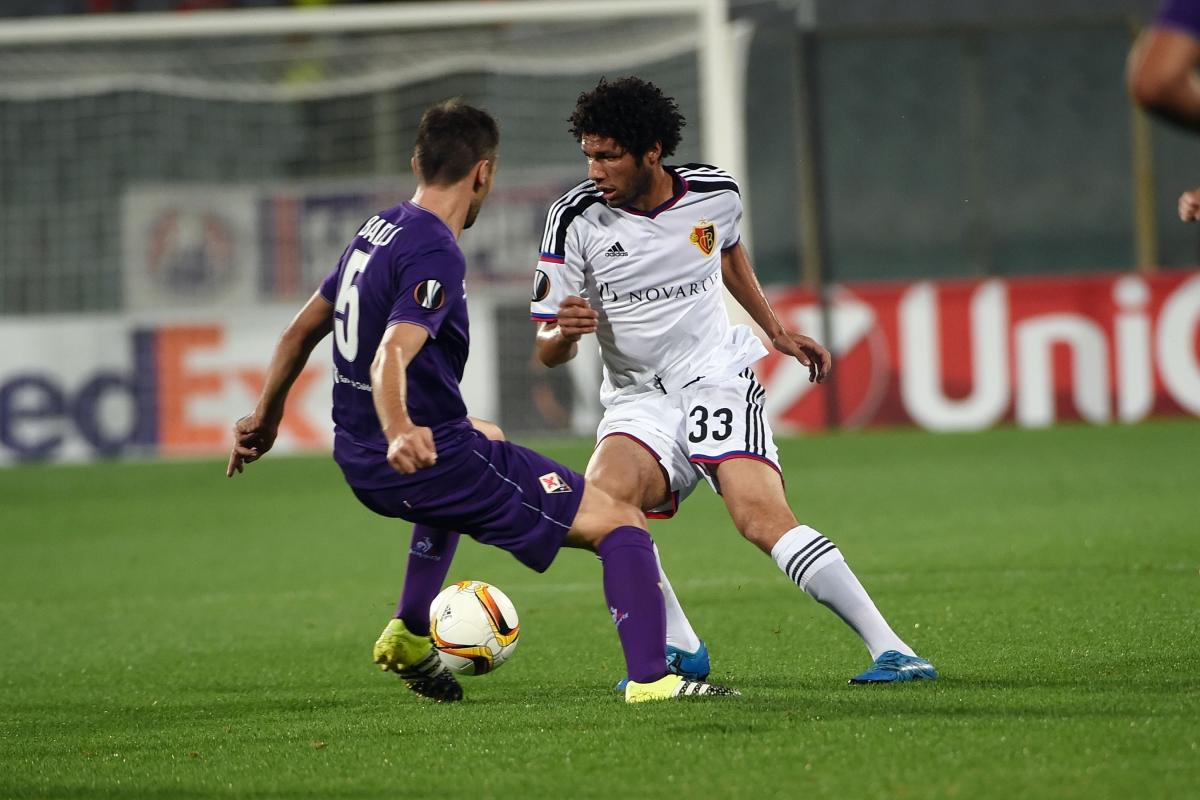 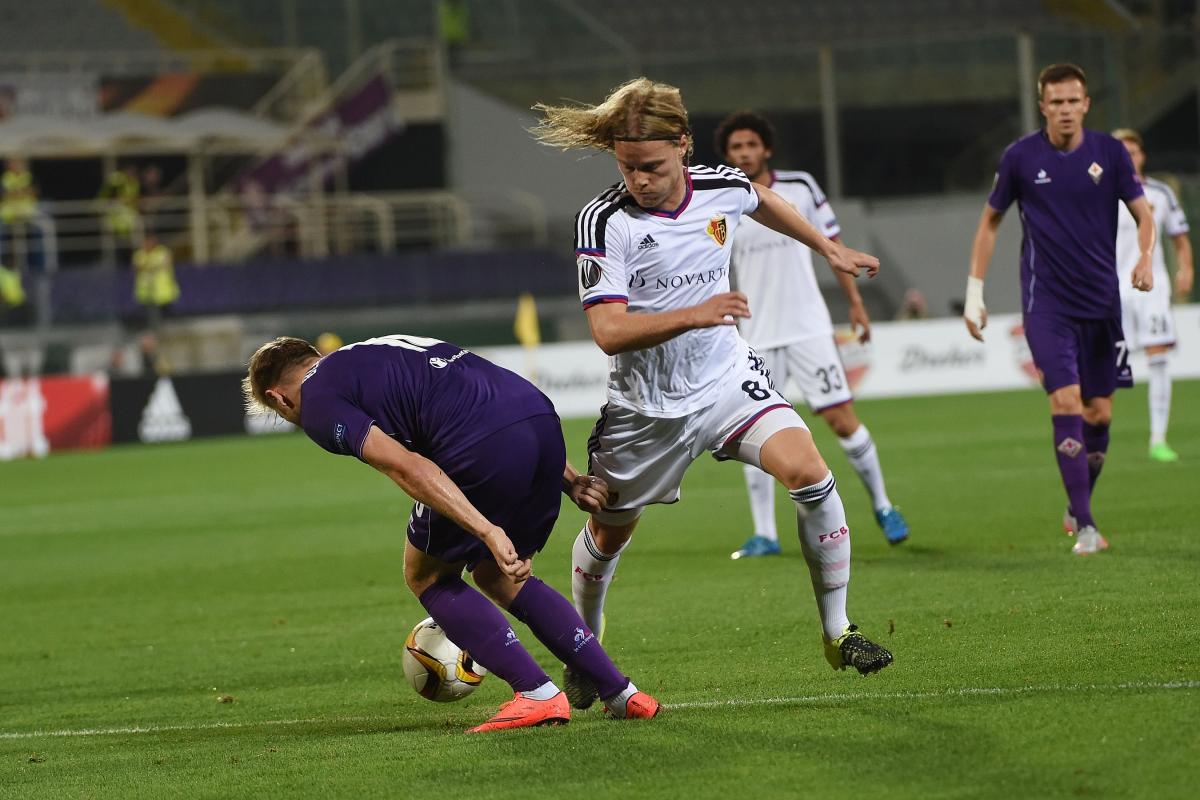 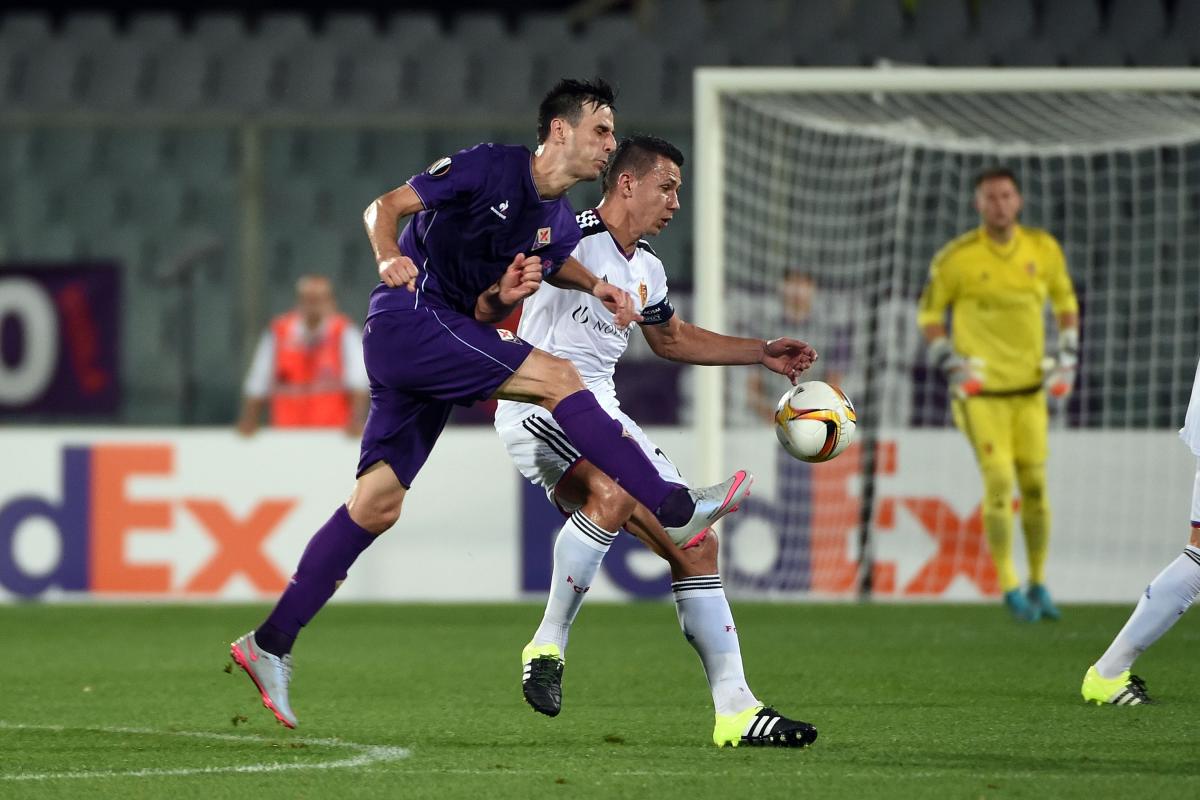