Surprise at St. Jakob-Park: 1:2 against Belenenses

On Thursday, 22nd of October 2015, FC Basel 1893 lost their home game against Os Belenenses 1:2. After a great start and Michael Lang´s opening goal in the 15th minute, FCB´s performance deteriorated. The Portuguese visitors impressed with strong defensive play and great efficiency; they converted both of their chances in the 1st half, turning the tables to their favor. After the break FCB were unable to up the pressure and unable create any dangerous chances.

FCB were unable to change their unsuccessful spell against Portuguese teams. Ahead of the fixture it was expected that the home side will beat Os Belenenses. The evening did start in Basel´s favor. The “Bebbi” started strong, scoring in the 15th minute; 1:0. Matias Delgado´s corner kick (FCB´s 4th of the night) was headed into the back of the net by Michael Lang.

Urs Fischer´s team failed to use the drive of the 1:0 to their advantage. Belenenses did not appear to be a threat for the home side, but managed to score an unexpected equalizer. Marek Suchy attempted to head a high ball out of the danger zone but failed; the ball was volleyed by Luis Leal, from a distance of 25 meters. One bounce, one goal, 1:1. The goal seemed like an unlucky accident, but FC Basel 1893 failed to react.

“The will to run and fight was missing”

Just before the end of the 1st half, the visitors launched their 2nd attack: Leal ran down the right wing, passed to Kuca, who scored, putting the guests ahead. The Portuguese kept the lead until the fixture was over. Basel failed to find a way to get passed the visitor´s solid defensive wall. Os Belenenses´coach Ricardo Sá Pinto believed his team´s performance to be the best he has seen this season. Belenenses did do a great job of preventing any danger in their half. Urs Fischer was unhappy with his team´s performance, especially in last 30 minutes of the fixture: “We started off quite positively. Normally a team feels lifted after scoring, but we seemed to be paralyzed. The will to run and fight was missing. The 2nd half was better than the 1st but if you don´t give 100% for the full 90 minutes, you should not be surprised if you lose the game.”

In the 2nd half FCB was close to scoring on two occasions. Taulant Xhaka´s shot from distance was deflected onto the crossbar; Delgado scored on the rebound but his goal was disallowed due to offside. The 2nd chance belonged to Luca Zuffi who challenged Os Belenenses keeper Ventura to a big save in the last minutes of the game. It was not FC Basel´s night; In addition the their 1st loss in this Europa League campaign, Breel Embolo was substituted off due to injury. FCB´s offensive jewel injured his knee without outside influence and had to be carried off the pitch. Limited information is available regarding Embolo´s injury. Urs Fischer commented: “Embolo suffered a painful injury, however the Doctor let us know that the ligaments seem to be fine and the swelling is not that bad. We will have to wait until tomorrow to see the extent of the damage.”

Chances of qualifying still in tact

FCB´s result was as surprising as that of ACF Fiorentina, who lost at home to Lech Poznan. FC Basel 1893 still lead Group I but fail to make that important step towards the last 16 stage of the competition. The chances of qualification are still in tact. 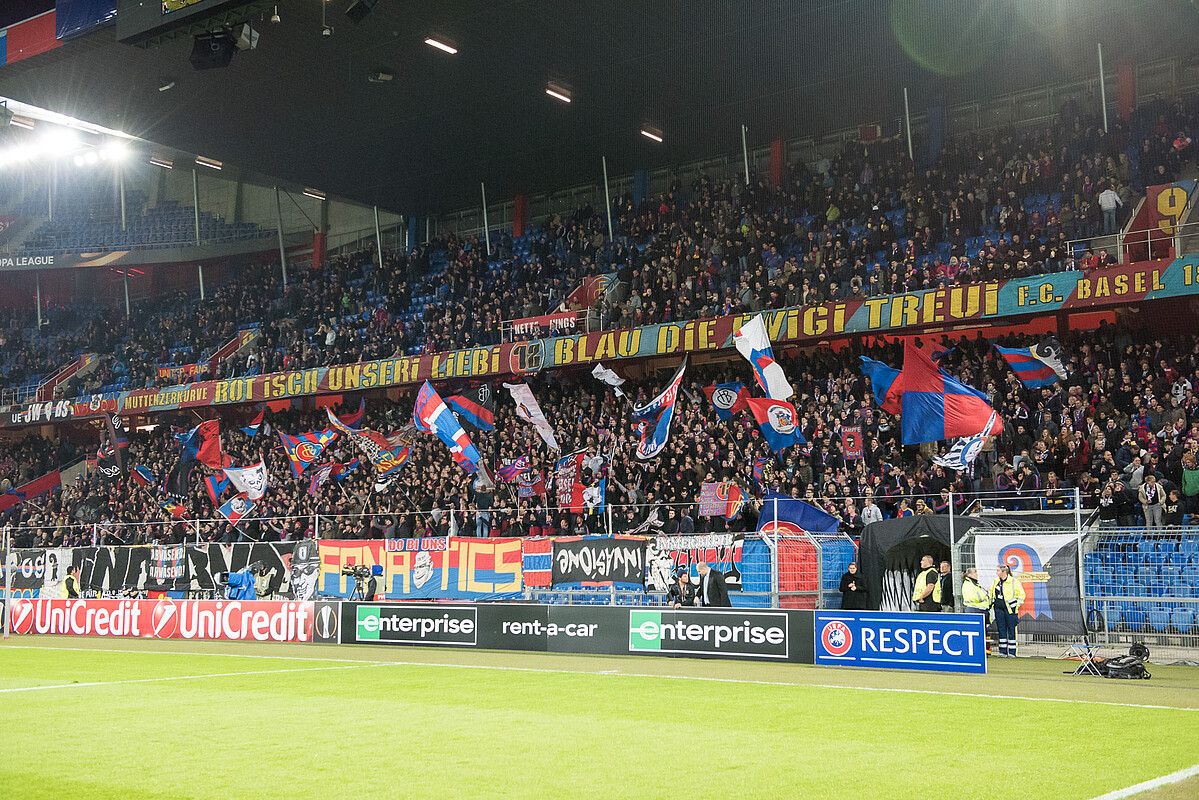 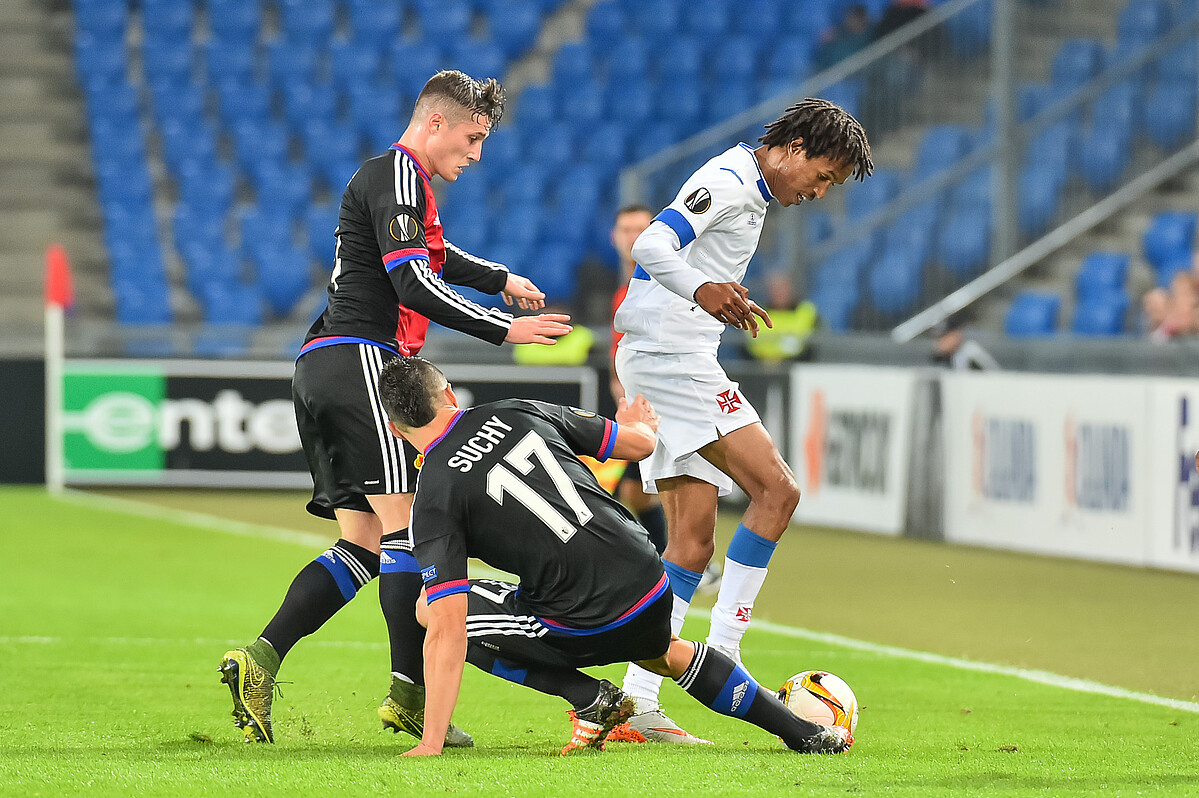 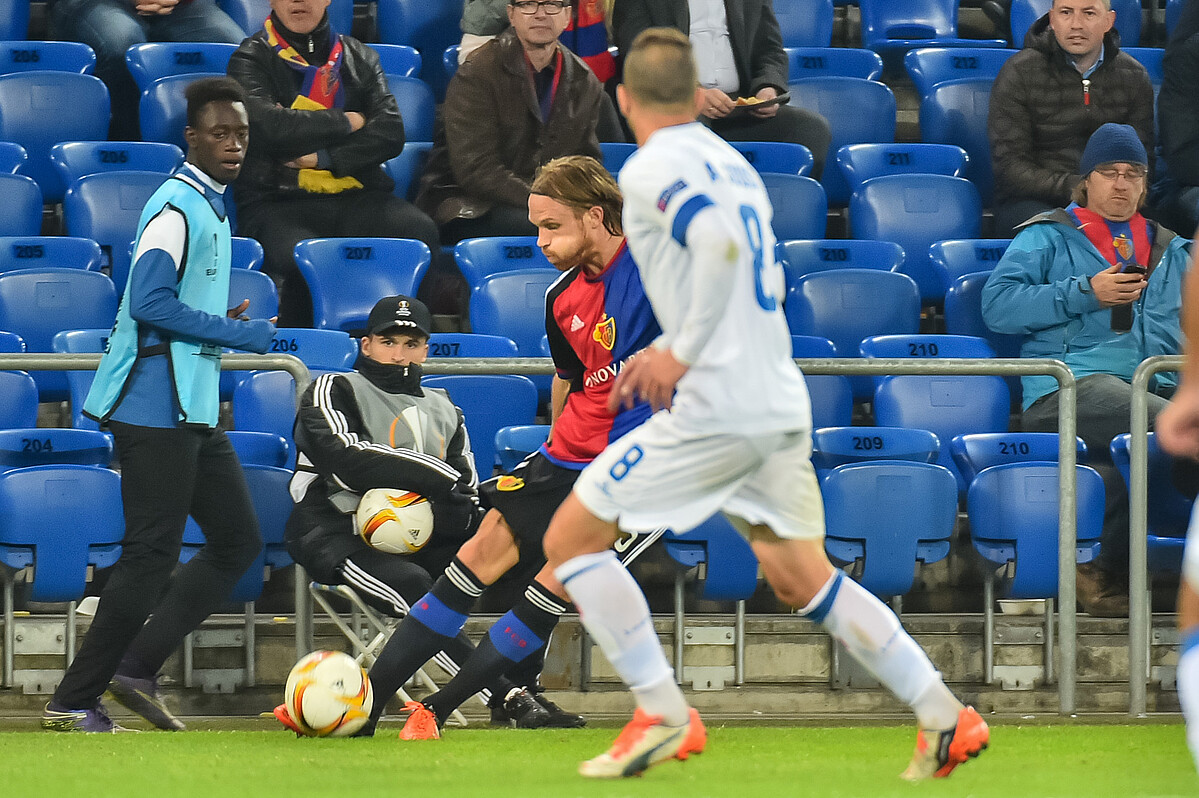