After 90 minutes of tough and intense football, FC Basel 1893 and ACF Fiorentina drew 2:2 (1:1), on Thursday 26th of November 2015. The visiting team started off well, leading the fixture 2:0 after 30 minutes. It was Federico Bernadeschis who scored both goals. After Fecundo Roncaglias was sent off for a vicious foul, Marek Suchy scored the 1:2. As the 2nd half commenced FCB continued to put on the pressure until Mohamed Elneny scored the equalizer. Both Basel goals originated from corner kicks. As Os Belenenses and KKS Lech Poznan drew their fixture 0:0, FC Basel are winners of Group I.

FCB failed to start their fixture against ACF Fiorentina in a positive manner. The visitors put Basel under pressure from the start, causing difficulties for FCB´s defense. The Italian side was efficient, resulting in a 2:0 lead after just 36 minutes. Urs Fischer was not satisfied with his team´s performance during most of the 1st half: “We made too many mistakes, as we were put under pressure, conceding goals in a naive fashion.

Just before Federico Bernadeschi scored his 2nd goal of the night, Fiorentina shot themselves in the foot by conceding a red card. This also happened during the 1st leg fixture in Florence, when Gonzalo Rodriguez committed an aggressive foul. This time round it was Fecundo Roncaglia who elbowed Breel Embolo in the face. A deserved sending off.

Suchy scores before half time

As the 1st half was coming to an end it was evident that FCB were stronger with a player in hand. The home team used the advantage to put pressure on the “Viola”, resulting in Marek Suchy´s goal. The Czech international made use of Embolo´s deflected header scoring from close range.

FC Basel 1893 were unable to score the equalizer before the break, as the visitors defended well. The crowd was made to wait for the Swiss Champion´s to take control and evoke pressure on the visitors. It was another corner kick which resulted in the deserved equalizer, 2:2. The ball was controlled by Egyptian international, Mohamed Elneny, from just outside of the penalty box, who then secured his team´s Group I victory by belting the ball into the back of the net.

Another page has been written in FC Basel´s history books, as this is the 1st time that FCB have finished top of their group in European competition. Coach Urs Fischer is delighted to be playing European football after the winter break and compliments his team for fighting back into the game after trailing behind 0:2: “My team demonstrated backbone and quality. To be able to draw against one of Italy´s top teams, after going behind by two goals, shows that we performed well. I am looking forward to experience what it´s like to remain in European competition after the winter break and would like to give a big compliment to the team and everyone connected to FCB. Tonight we experienced a great atmosphere in the stadium.”

Group winners yet one more game to play

FCB claim group victory one game before last, as OS Belenenses and KKS Lech Poznan drew 0:0. Fiorentina could catch up on points but fail to match FCB on direct encounters, as the “Bebbi” beat the “Viola” 2:1 in Italy and drew 2:2 at home, meaning that no team can push FC Basel 1893 from their throne of Europa League´s Group I. 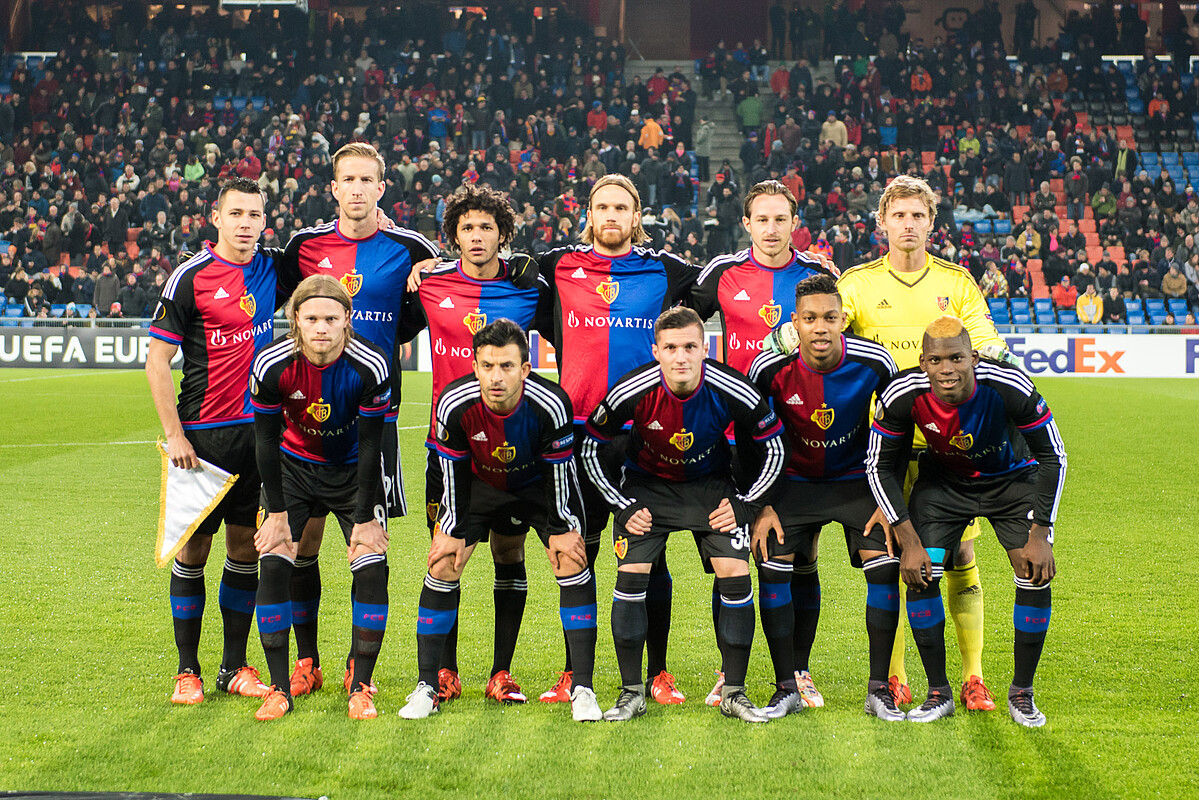 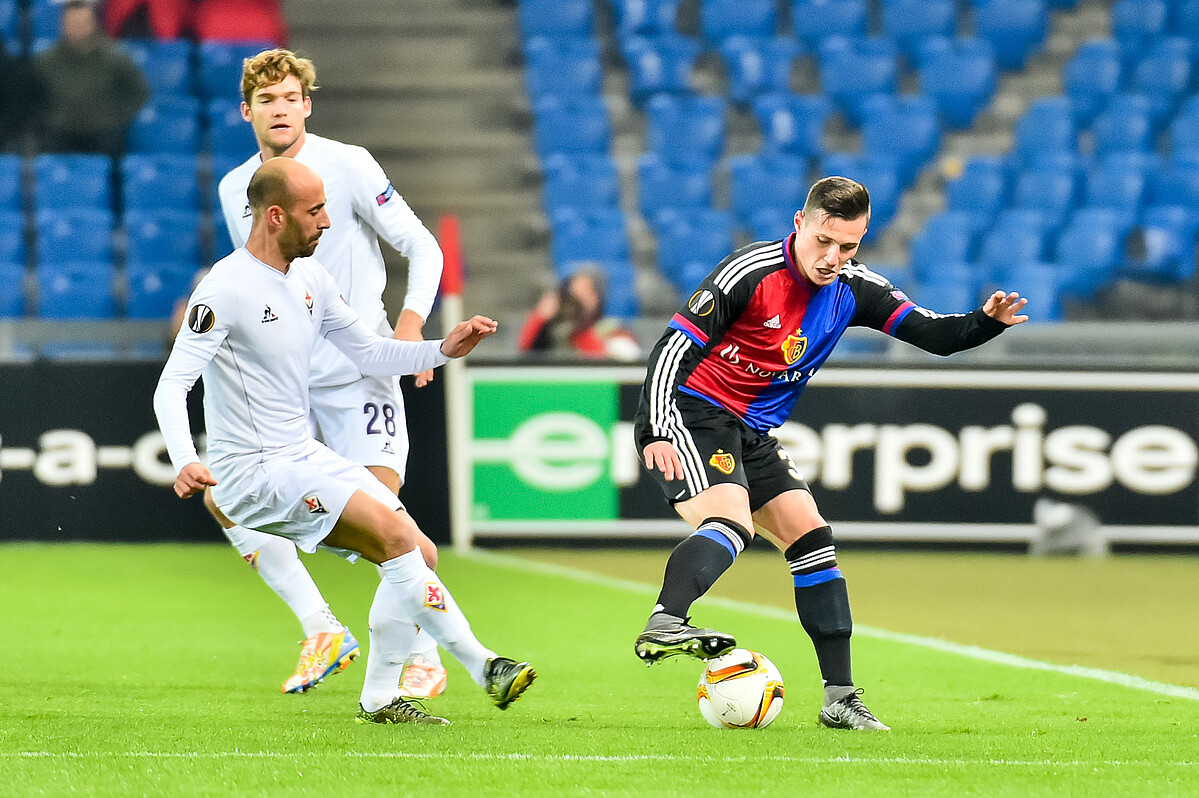 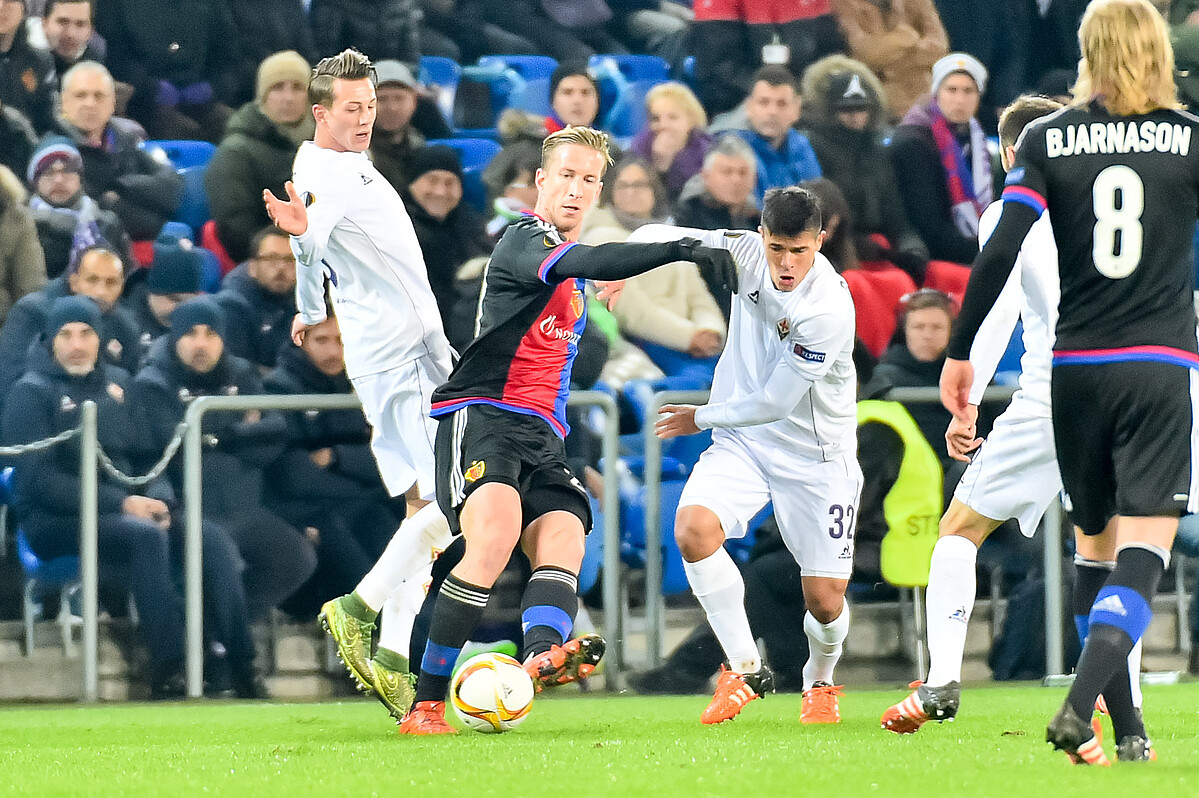