On Thursday, March 17. 2016, FC Basel 1893 faced Sevilla FC and were knocked out of the UEFA Europa League. For a large part of the fixture, FCB were able to compete with Sevilla FC in the Ramón Sánchez Pizjuán stadium. Two goals from Kevin Gameiros, just before the end of the first half decided the fixture for the home team, as Adol Rami scored the opener in the 35th minute. Urs Fischer´s team proved to play with pride, especially as they continued to battle on offensively, despite minimal chances of turning the game around. The Spanish side deserved to qualify for the quarter finals of the competition.

The result is slightly deceiving; FCB played an all right game, but the two Sevilla goals just before half time decided the fixture. The home team dominated based on possession, but FCB created the better chances.

Just after Adil Rami´s diving header, the opener for Sevilla, FCB were close to equalizing. David Soria saved Daniel Hoegh´s header off the line, upon which the home team increased the pressure, which made the difference. Urs Fischer described the game changing moments of the fixture: “We didn´t play badly but 2 minutes before the end of the second half, we made stupid mistakes and wrong decisions.”

Within one minute Kevin Gameiro scored two goals, deciding the fixture by himself. Before Gameiro´s goals, the game was still open. The goal scorer was set up by José Antonio Reyes. The second goal was scored on the rebound after Gameiro headed a cross by Michael Krohn-Dehlis onto the crossbar.

The 90 minutes against Sevilla FC represent one of the better performances FCB have played on Spanish spoil in the past few years. Despite limited chances of qualifying, FCB played a passionate game of football they can be proud of. It can be concluded that it wasn’t FC Basel´s day and that the Swiss Champions failed to qualify against a very strong opponent, who deserved to qualify for the next round.

Before the fixture it was clear that FCB needed perform exceptionally well, in order to qualify for the quarterfinals of the competition. It would have been the fourth time in club history that FCB would have reached this stage of the competition. Basel didn´t achieve what they set out to do, but proved on several occasion that they have big potential: In 14 international fixtures, FCB won 7, drew 4 and lost 3. Despite the negative result, Urs Fischer was able to make some positive statements: “We finished first in a difficult group, then we eliminated AS Saint-Étienne, which wasn´t an easy task. Despite our successes I currently feel big disappointment.”

It would be an exaggeration to say that FCB lost due to the dissapointing two minutes before the end of the second half, especially as they failed to score a goal in the 180 minutes against Sevilla FC. If Basel would have kept concentrated during the end of the first half, there may have been a chance to beat a Sevilla FC who deserved to qualify, as they didn’t seem much stronger than FCB. The Spanish side was more efficient and played smarter football, which made the difference over the 180 minutes. 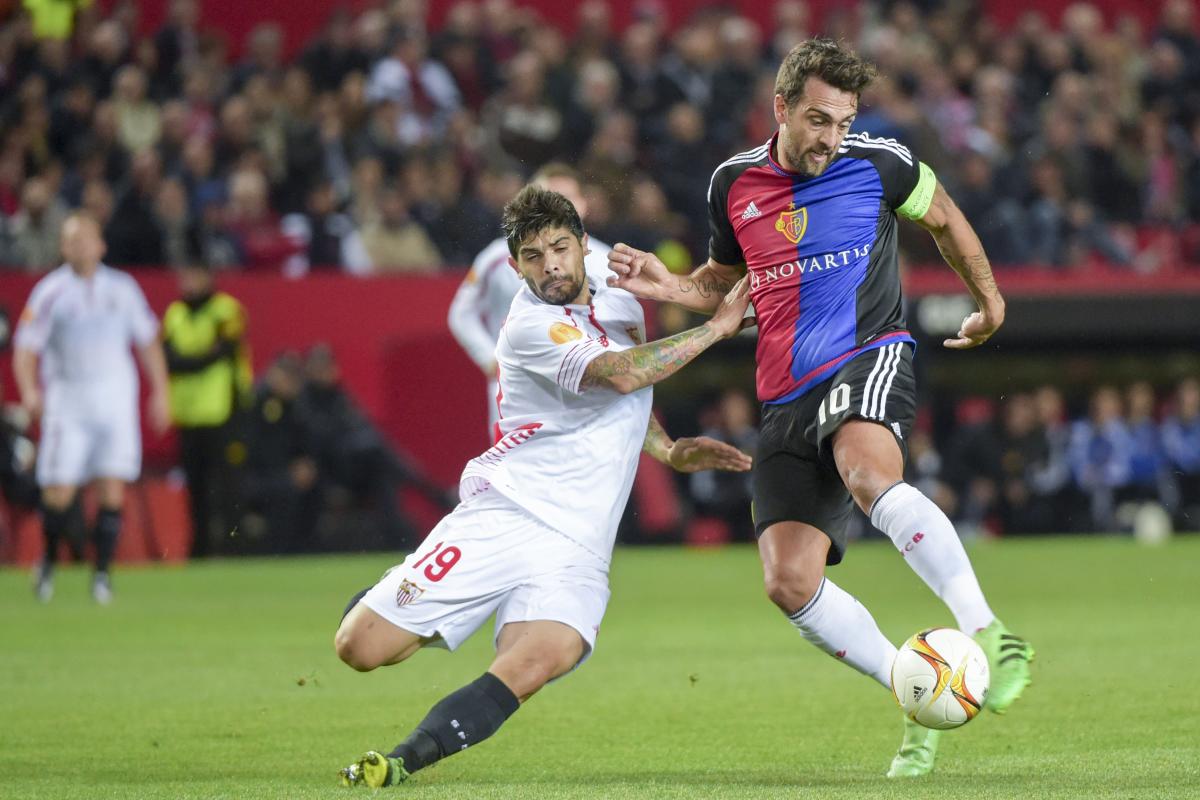 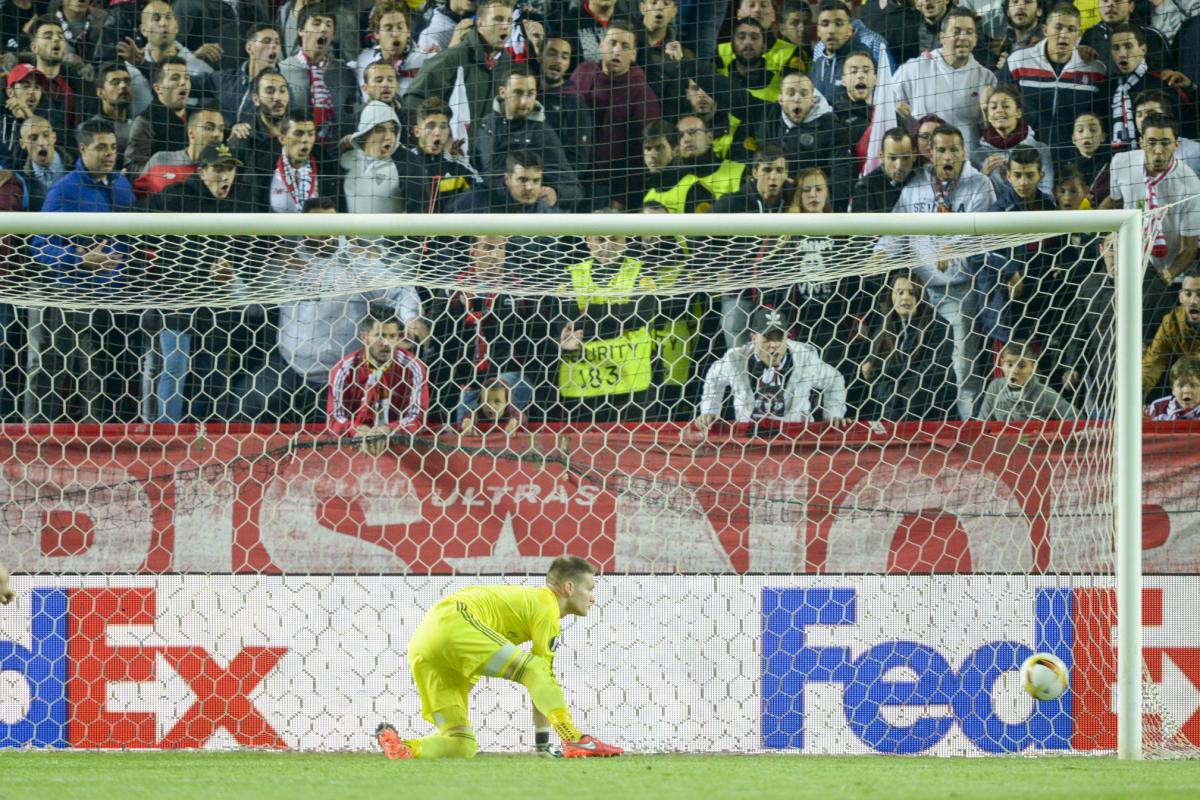 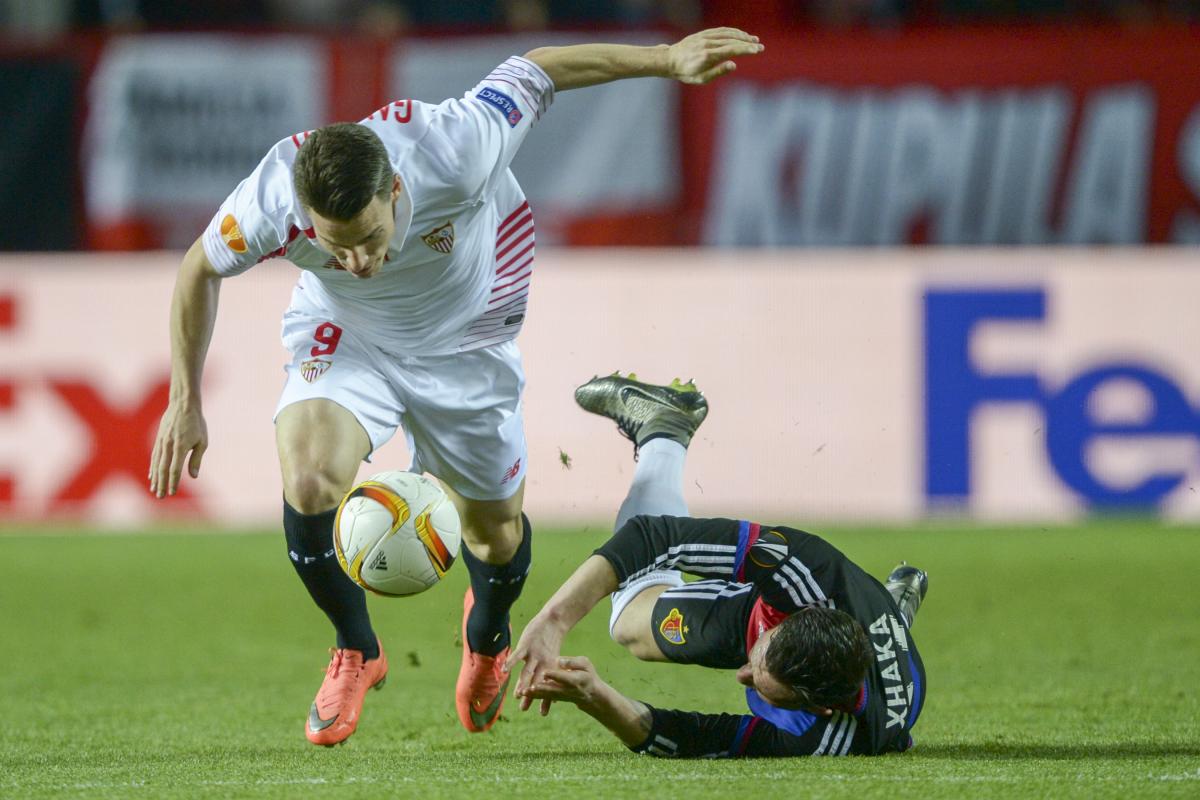