8.08pm: After warming up before the final fixture of the season, the players make their way back into the changing rooms. Ur Fischer has decided on the following line up: Vaclik; Lang, Suchy, Akanji, Traoré; Xhaka, Zuffi; Elyounoussi, Delgado, Steffen, Doumbia.

8.20pm: The teams return onto the pitch.

8.23pm: Bernhard Heusler grabs the mic and says his good bye to Marc Janko, Markus Hoffman and Urs Fischer. All players and staff members are on the pitch and applause the departing players/staff.

9:06pm: Two chances for FCB: Doumbia fails to score another header from close distance, then Mathías Delgado just misses the target from a few feet away from goal.

9:15pm: Half time, an exciting first half comes to an end. FCB was the more dangerous team. Current score 1:1.

9:43pm: Boris Babic only has Vaclik to beat, but fails. 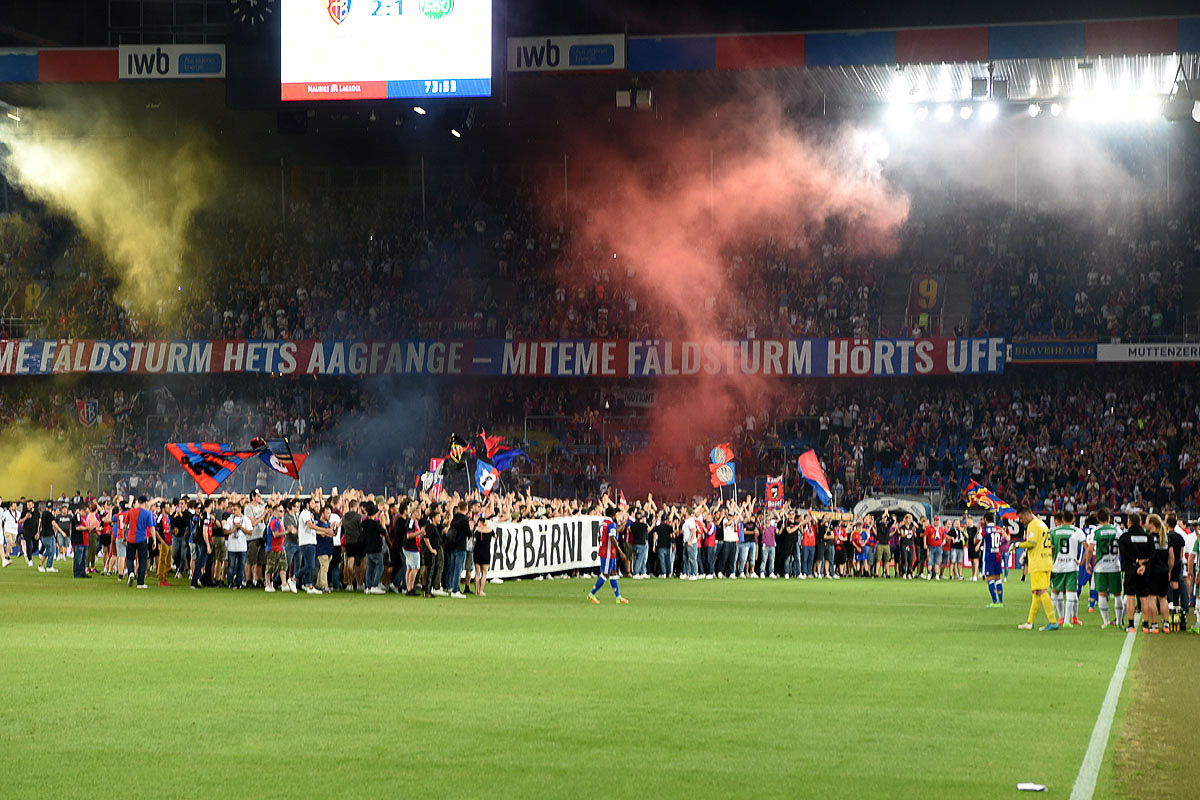 10:06pm: Basel hits the bar/post for the 3rd time this evening. Yet again… it was Steffen who tried a belter from a distance. he hit the post.

10:17pm: 7 minutes of added time to be played and Marc Janko is substituted onto the pitch. Seconds later “The Cobra” scores 4:1!!!!

10:54pm: The podium is set up and the players make their way to receive the trophy. All palyers are called upon individually via PA system and receive a medal. 11:03pm: Captain Matías Delgado stepped up to receive his medal as the final player and raised the trophy into the sky. The players make their way around the ground, celebrating with the crowd. The evening is coming to an end. Tomorrow the city will celebrate their heroes with a big party in the center of town.