FCB KEEP THEIR COOL AND QUALIFIY FOR THE NEXT ROUND

FC Basel 1893 won their 2nd leg fixture against APOEL FC on Thursday, February 27th, 2020. FCB defended their 3-0 lead (1st leg result) and beat the Cypriots 1-0 at St. Jakob Park. The final score over both fixtures ended in a 4:0 victory for Rotblau, resulting in the qualification for the last 16 round of the UEFA Europa League. The only goal of the night was scored by Fabian Frei (penalty shot), half an hour into the fixture. The draw for next stage of the competition will take place on Friday.

Like in the first leg, when Orges Bunjaku made his international debut, Elis Isufi, former FCB youth team player, celebrated his first European Cup appearance for Rotblau. Silvan Widmer was out due to illness, which provided Isufi with this opportunity. Suspended Omar Alderete was replaced with Emil Bergström.

Elis Isufi was brave and sassy. He played a great match

Violent gusts of wind blew through the stadium as the teams marched in. The Muttenzerkurve was not impressed by the weather and cheered their team on before and during the game.

There wasn’t a change to the stormy weather nor to the great atmosphere. FCB got off to a good start. The Basler created some great chances within the first half hour. It was a close call when Waterman played the ball right into Ademi's feet. The goalkeeper was able to block the FCB striker's shot. Shortly afterwards, Ademi injured himself and was replaced by Arthur Cabral.

FCB's offensive efforts were rewarded after 35 minutes: After a foul by Nicholas Ioannou on Valentin Stocker, referee Pavel Kralovec let the game continue, but then consulted VAR and then correctly decided on a penalty. Fabian Frei hammered the ball into the corner. FCB, 1:0!

Motivated by their 1:0 lead, FCB started the second half with a strong performance. Valentin Stocker narrowly missed the goal with a header, five minutes after the 2nd half kicked off. After an hour, substitute Edon Zhegrova challenged Waterman with a shot from a distance. FCB had everything under control.

WE KNEW THAT WE NEEDED TO BE CALM WHEN IN POSESSION OF THE BALL. THAT’S WHAT WE DID.

A quarter of an hour before the end of the fixture, the guests had their chance to equalize: Isufi fouled Ioannou in the six yard box and Tomas de Vincenti chose to step up to the penalty spot. Apoel´s captain missed the target. FCB celebrated their second win against the Cypriots.

With their first home win in 2020, FCB made it to the round of the last 16 of the Europa League. Basel achieved this convincingly and deserved the victory in front of the home crowd. The guests had a great chance to equalize with their awarded penalty. This was the only real chance for the Cypriots, while the home team missed several opportunities to score.

I AM VERY HAPPY TO QUALIFY FOR THE ROUND OF THE LAST 16, WHATEVER COMES NEXT IS THE CHERRY ON THE CAKE.

At no point did the feeling arise that APOEL could turn the game around. Now FCB can look forward to tomorrow where the draw for the UEL round of the last 16 will take place. 1 p.m, tomorrow. 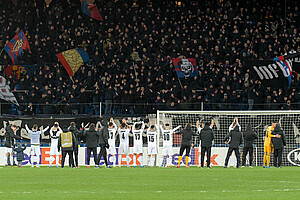 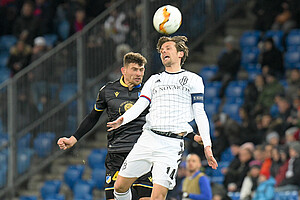 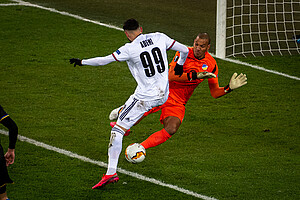 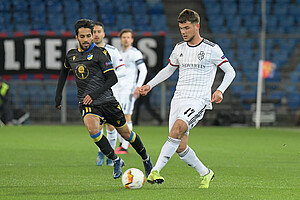 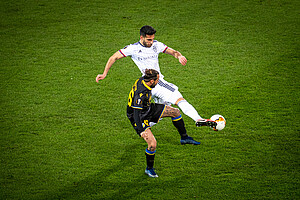 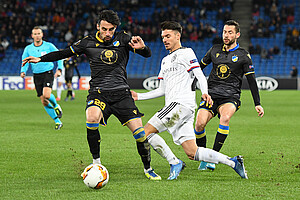 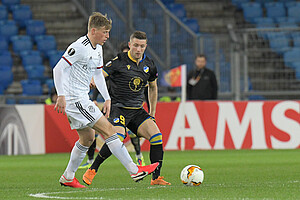 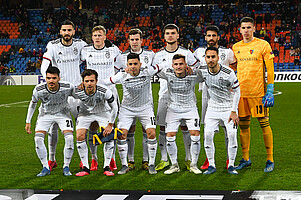 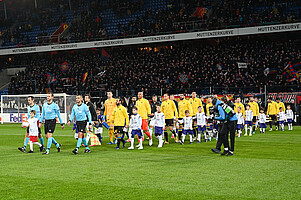 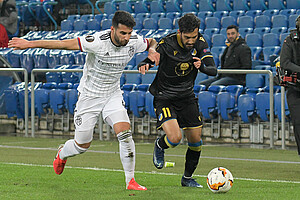 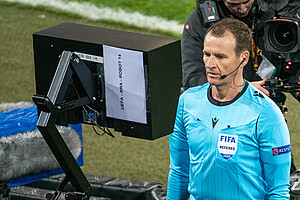 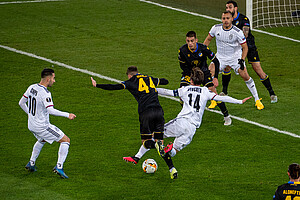 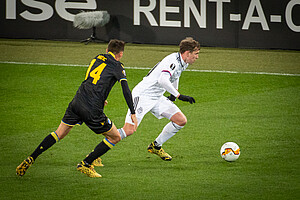 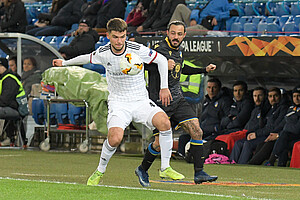 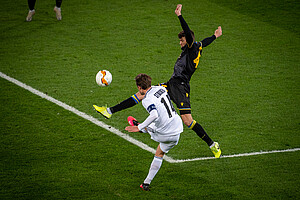 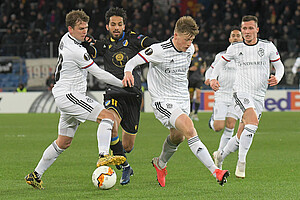 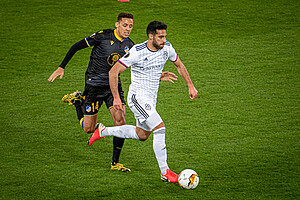 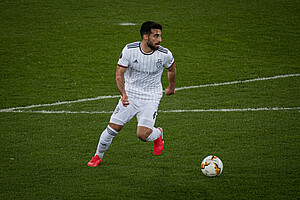