On Tuesday, August 11th, 2020 in Gelsenkirchen (9 p.m., Arena AufSchalke)FC Basel 1893 will face FC Shakhtar Donetsk in the quarter-finals of the UEFA Europa League. In FCB´s fourth participation in the round of the last eight, FCB will meet an opponent whom they have never been able to defeat in a professional fixture. RotBlau's current European Cup Performances should certainly provide encouragement.

Home and away fixtures are a trademark in international European club football. In the UEFA Cup, the predecessor of the Europa League, it was up until the 1996/1997 season that the final was decided in two games. This year, due to the current circumstances, from the quarter-finals onwards, knockout games will decide on which team qualifies for the next round, -played in North Rhine-Westphalia (DE), on neutral ground.

WE ARE PROUD OF OUR PROGRESS SOFAR AND WE ARE CONVICED THAT WE ARE ABLE TO CARRY ON THIS WAY.

After 2006, 2013 and 2014 it is the fourth time that FCB has qualified for the quarter finals of this competition. Koller´s team did so in an impressive way. Only the defeat in Krasnodar and the draw in Trabzon prevented FCB from winning all of their 10 games, successfully eliminating opponents such as CF Getafe or Eintracht Frankfurt along the way. In the previous knockout games, Basel´s statistics are nothing to be ashamed of with four wins and a goal difference of 8: 0.

SHAKHTAR IS IN SHAPE

Only the record winner of this competition, Sevilla FC, can show similarly positive statistics. Sevilla have only lost once so far, but have drawn twice and, like FCB, only conceded four goals. However, the Spaniards have also played one game less, as they have already completed the round of 16 in knockout mode.

SHAKHTAR IS A STRONG TEAM WHO PLAY WITH JOY AND EXPERIENCE. WE HAVE TO TAKE ON  THIS FIGHT AND TRY TO MAKE USE OF OUR STRENGTHS.

FCB´s next opponent is no other than Shakthar Donetsk. The Ukrainian giants reached the Europa League via the Champions League, where they eliminated Benfica SL and VfL Wolfsburg in the last two rounds. With a 3-0 victory against the „Lower Saxons”, the Ukrainians demonstrated that they are in top form. Shakhtar´s quality is evident, especially as they won the Ukrainian championship, which ended less than a month ago. The season ended with the club from Donbass winning the league with 23 points ahead of Dynamo Kiev.

NO VICTORY AGAINST SHAKHTAR SO FAR

FCB has already experienced fixtures against Shakhtar: Rotblau has never won a competitive match against the Ukrainians: In the UI Cup (Intertoto) of 1996 the fixture held in Basel ended in a 2-2 draw and twelve years later in the group stage of the champions League Basel suffered two defeats. The current fixture is special as the stakes have never been as high. A single game now decides on the qualification for the semi-finals of the Europa League. This big fixture will be held in the AufSchalke arena (Germany), where the pre-match training and media conferences took place on Monday evening. FCB will be missing injured Jonas Omlin and Luca Zuffi for this fixture.

I AM ALREADY EXITED, WE WANT TO GIVE EVERYTHING AND WE CAN HARDLY WAIT FOR KICK-OFF.

FCB have proven that they are a team that can achieve a lot in this Europa League campaign. And even if Shakhtar turns out to be too strong for FCB, Basel can be proud of what they have achieved so far. Even though FCB have qualified for the Europa League quarter-finals for the fourth time, they were only two games away from reaching the final in 2013, where they qualified for the semi-final. Due to the special circumstances we are currently experiencing, FCB are currently only two games away from the final. This game is something special for FCB in any case - regardless of the circumstances.

WE ARE EXTREMELY MOTIVATED AND THERE IS A POSITIVE ENERGY IN THE AIR, THIS MUST BE TRANSFERRED ONTO THE PITCH TOMORROW. 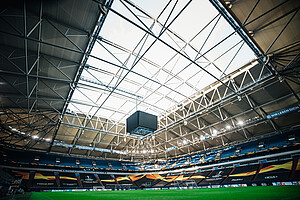 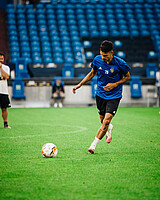 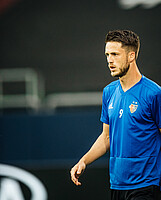 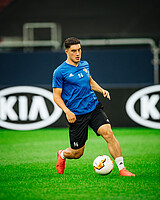 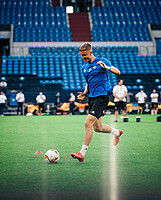 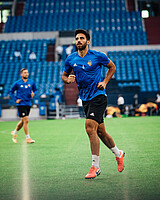 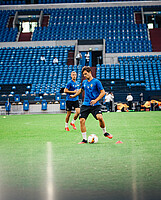 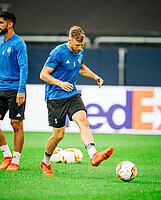 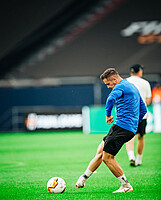 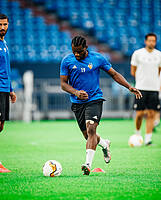 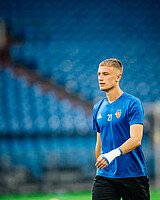 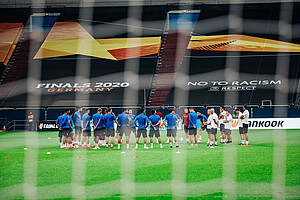 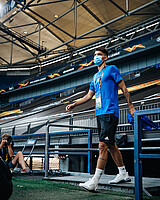 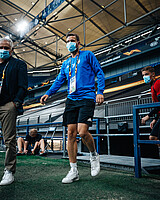 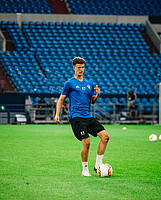