FC Basel 1893’s 0:1 defeat to PFC Ludogorets Razgrad, on Wednesday the 22nd of October 2014 is related to quite a bit of bad luck. Basel played with 10 men for over 70 minutes of the game, after Geoffroy Serey Die was sent off in the 18th minute. The Referee‘s decision was highly debatable. Basel was able to compensate the loss of Serey Die with a concentrated approach, but the longer the game lasted the more evident it became that Basel were missing a player. The home team controlled the game in the second half and Basel defended efficiently, eliminating any danger. The only goal of the game was scored in stoppage time. Jordan Minevs’ long range shot beat Tomas Vaclik, as the Basel keeper’s sight was blocked, leaving him with no chance. Real Madrid CF beat Liverpool FC 3:0, to lead Group B with 9 points. The remaining teams all share 3 points.

Based on ball possession in the 2nd half, Ludogorets Razgrad deserved victory. The Bulgarians played well, creating more chances and their advantage was that they played most of the game with one more player than FCB When in the 18th minute, Geofroy Serey Die clipped his opponent; a challenge which could have been penalised with a yellow card, but definitely not red. Basel coach Paulo Sousa commented that he did not see Die’s challenge in detail but “the sending off decided the game”. Sousa was right; referee Deniz Aytekin’s decision was an overreaction. “All details of the game went against us on the night”.

Basel did not let the referee’s decision impact their game. Especially the phase after the sending off proved to be their strongest of the match. The most dangerous chance (28.) was created Derlis González, creating difficulties for Ludogorets keeper Vladislav Stoyanov. As time went on, Basel felt the loss of Serey Die more and more and Ludogorets became harder to handle. Sousa commented: “We had the strength in the first  half to create chances but Ludogorets dominated the second half.”

Ludogorets dominated the second half

As the home team and with one man more, Ludogorets understandably dominated, however not too much danger was created. Tomas Vaclik was rarely tested but proved to be Basel’s rock on the night, as well as FCB’s defensive play in general. The remaining ten men fought ambitiously and self-sacrificing. Basel defended successfully into stoppage time but then came the situation that changed the game and FCB’s outlook for that deserved point.

Ludogorets’ team and support were ecstatic after the victory; understandably, as these were the first  points and the first victory for a Bulgarian team in Champions League history. From Basel’s perspective the situation was frustrating due to the timing of the home team’s goal, the way the goal was created, the fact that Basel played most of the game with 10 men, and that FCB would have secured second  place with a draw in Bulgaria. Now it looks like there will be a show down between Liverpool FC, Ludogorets Razgrad and FC Basel 1893 for second  place in the table.

Basel has an advantage over the other teams, as FCB have 2 home games to play. Liverpool and Razgrad both have only one home game remaining. Sousa commented: “It could be an advantage for us if we experience a similar atmosphere at St. Jakob-Park as we did against Liverpool.” 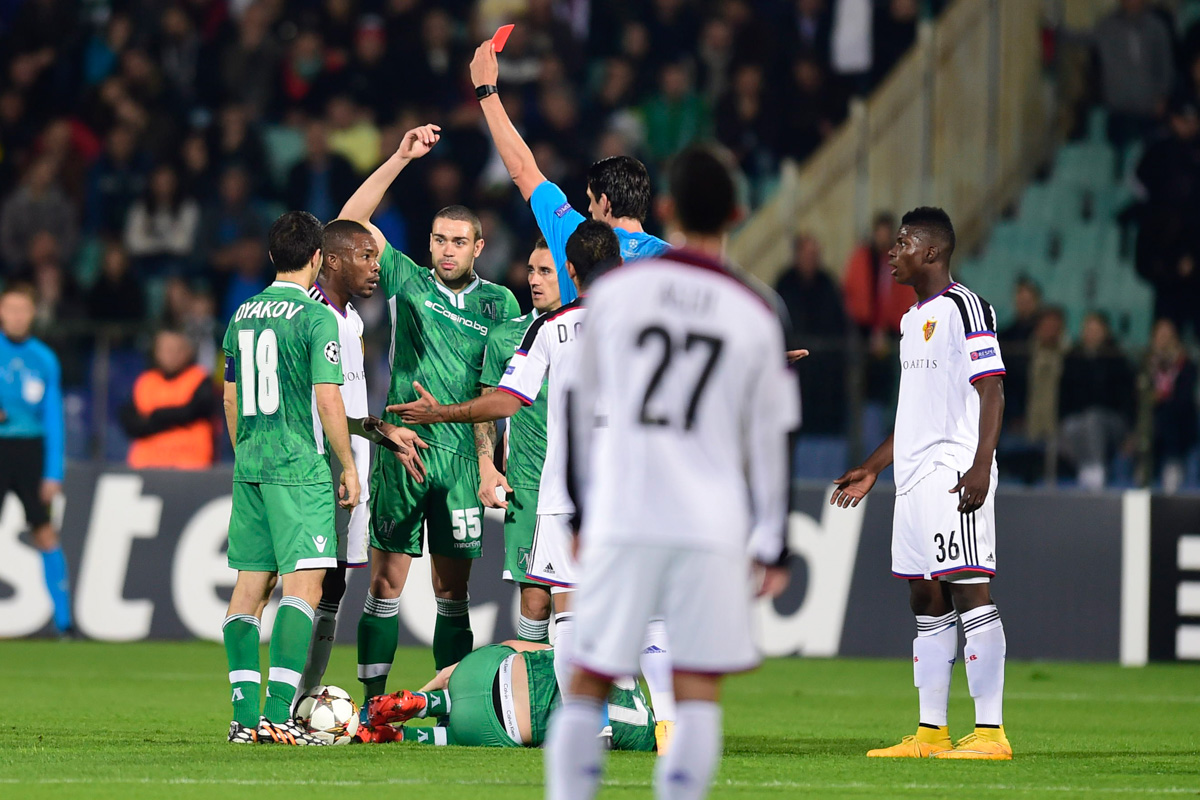 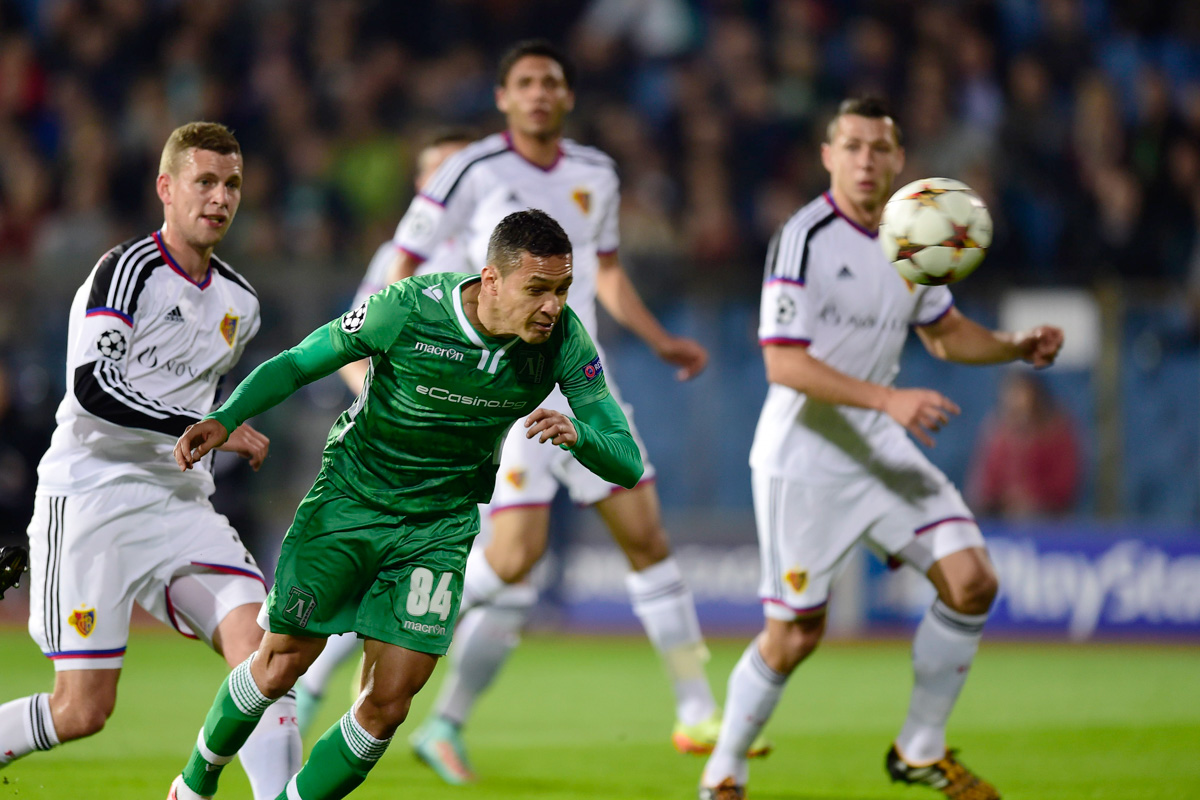 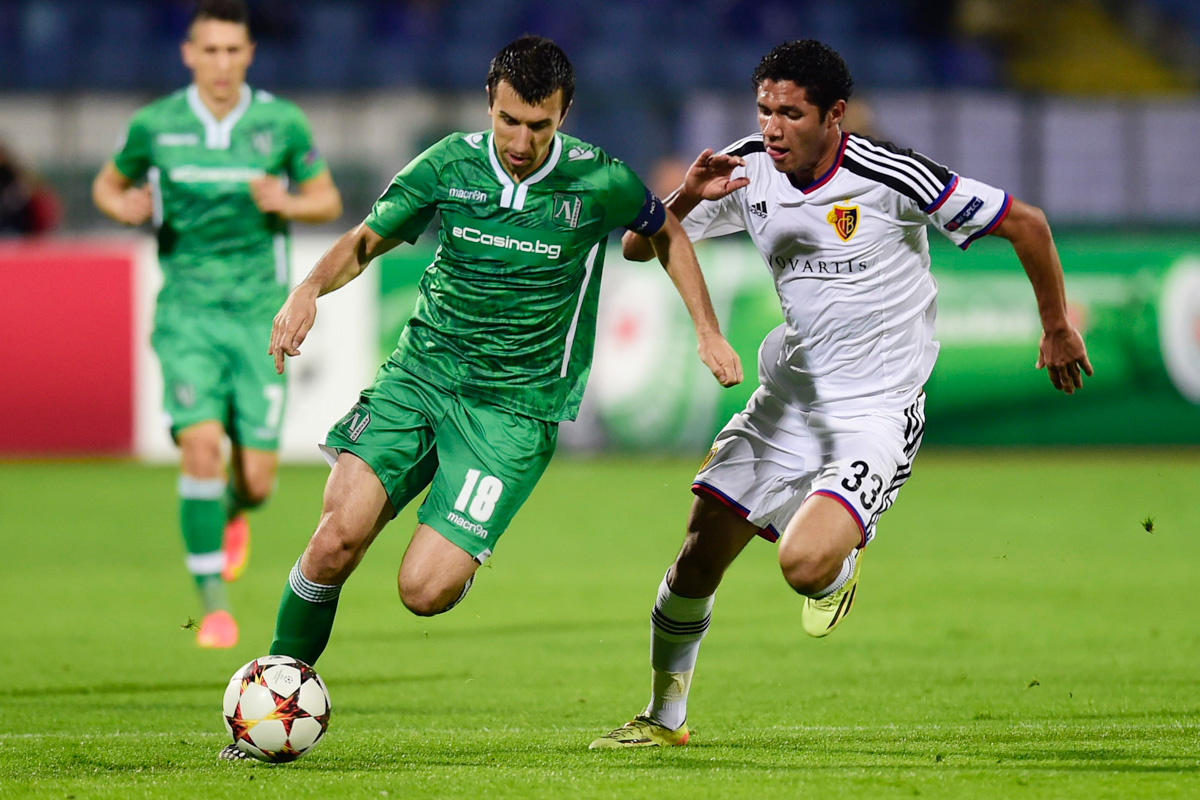