FCB- Porto 1:1 – Everything is still open

On 18t February 2015, the match between FC Basel and FC Porto ended in a 1:1 draw. The first leg of the knock out stage of the UEFA Champions League could not have started any better for the home team: Derlis Gonzalez scored in the 11th minute after a world-class; 50 metres assist from Fabian Frei. Porto dominated with ball possession and pushed for the equalizer, scoring in the 69th minute. Porto was rewarded with a penalty after a handball by Walter Samuel. Danilo scored, meaning everything is still to play for in the second leg fixture, in Porto on the 10th March.

FC Porto definitely deserved the point they gained at St. Jakob-Park. The Portuguese side had more possession and continuously pushed for the equalizer. FCB’s efficiency was once again rewarded when in the 11th minute Derlis González, used FCB’s only chance to take the lead. González was played in on  goal, by a “Pirlo” style pass from Fabian Frei. Gonzales then flicked the ball passed Fabiano,. Porto coach Julen Lopetegui called it a “typical González goal”, similar to the 2:0 against Ludogorets Razgrad, last November; goal scorer and assist giver were both the same. This time González paid a stiff price for  scoring, his goal resulted in injury and  shortly afterwards he was taken off.

FCB coach Paulo Sousa stated after the game that he was satisfied with the result but not with his team’s performance: “After the first twenty minutes Porto was the better team. Apart from the beginning of the game, we were not able to implement what we planned to do. I am satisfied with the result but we played one of our worst games so far. We can only play better football in the return leg.”

As soon as the second half began, the away team scored: Casemiro headed the ball past Vaclik after a precise corner kick. Referee Mark Clattenburg pointed towards the centre of the pitch, but the English referee listened to his linesman, who informed Clattenburg that the goal should be disallowed due to offside. The linesman’s decision was correct as two Porto players stood in offside positions and were blocking Tomas Vaclik’s view.

The referee’s decision did not have an impact on the way the teams performed. Porto continued to dominate the game. Basel defended well but were not able to create too many chances up front. Then in the 79th minute: Walter Samuel touched the ball with his arm, whilst sliding for the ball, in Basel’s penalty box. Referee Clattenburg pointed towards to penalty spot and Danilo equalized for Porto. The timing of FC Porto’s goal as well as the way it was created was very frustrating for FCB. Only 10 minutes away from  a FCB victory.

The draw means that everything is still open for the return game  in Porto on the 10th. March, however Porto has a clear advantage due to the away goal. Paulo Sousa is hopeful that Basel will be stronger by 10th. March as they will have played a few more games by then. FC Basel 1893 is always a team that is capable of surprising its opponents. We will see in 3 weeks’ time if FCB can pull off yet another magical night of football. 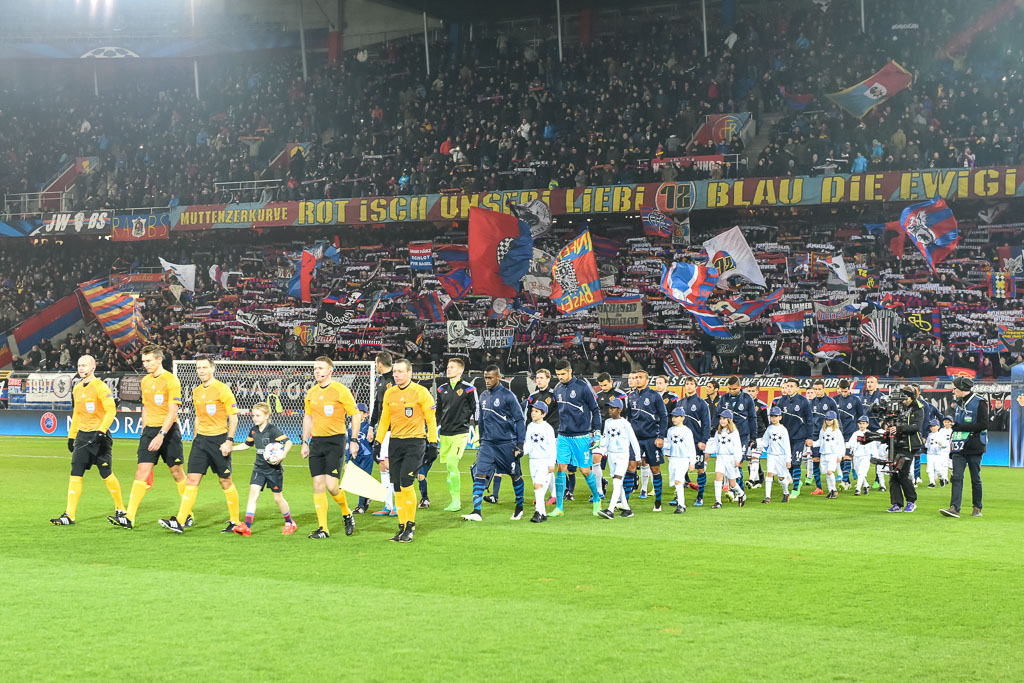 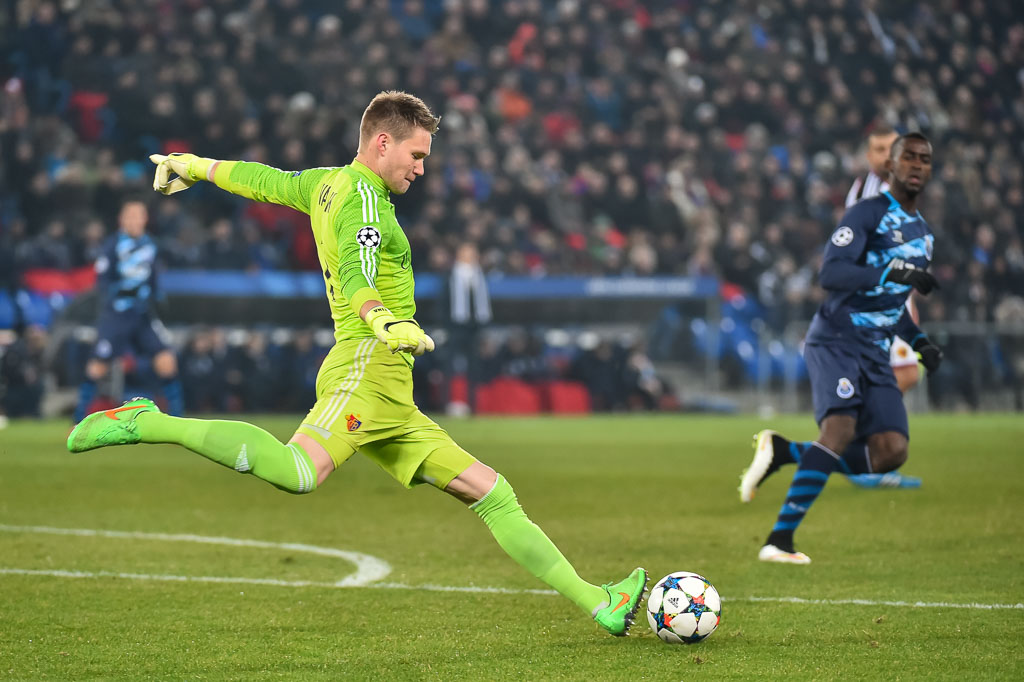 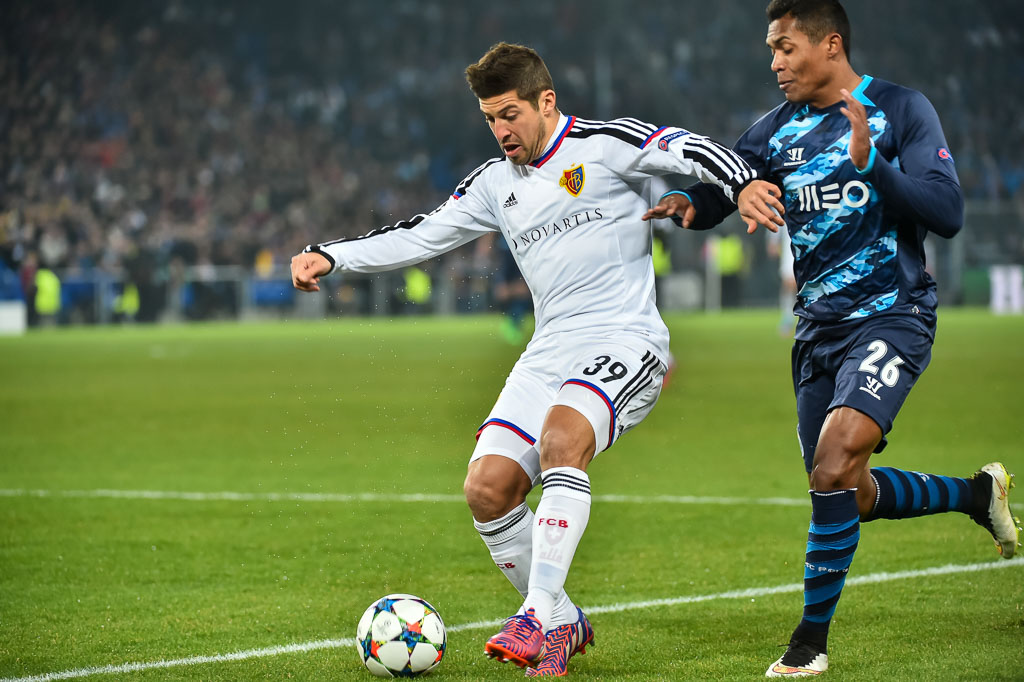