FCB kick off the gruop stage with a familiar opponent

On Tuesday, 13. September 2016 FC Basel 1893 kick off their UEFA Champions League group stage campaign against PFC Ludogorets Razgrad. FCB faced the Bulgarian side four times in the past three years. The home team is eager pave the way for a successful campaign by achieving a positive result on Tuesday night.

The competition begins with 6 fixtures; FCB faces PFC Ludogorets Razgrad at St. Jakob-Park to kick off their UCL campaign. A solvable challenge as FCB´s opponent can be considered the weakest team of the group.

During the pre-fixture press conference, Urs Fischer clearly stated his team´s goal: “We want to be present in European competition in 2017!” Therefore, three points against Razgrad would be an important step in the right direction. On two previous occasions FCB finished in third place after losing the opening fixture. In 2010, FCB lost against CFR Cluj (1:2) and in Munich, against Bayern. In 2013, FCB lost 0:1 against FC Schalke 04, after beating Chelsea FC (2:1). Davide Callà´s statement was therefore correct. If Basel lose on Tuesday, they will need to beet Paris Saint Germain or Arsenal FC in order to stay on track.

On one previous occasion FCB lost the opening game of a group stage Champion’s League campaign; in 2008 Basel lost (2:1) at home, against the Shakhtar Donetsk (UEFA Europa League winners 2008). FC Basel were then kicked out of European competition, for the first and only time time, during a total of five UEFA Champions League appearances.

FCB against the Bulgarians

Basel has gained experience against Bulgarian teams, especially against the green and white side, Ludogorets Razrad, whom FCB faced on four separate occasions. Before facing Razgrad, FCB faced one other team from the south-eastern European country: In Group E of the UEFA Europa League campaign of 2010, FC Basel 1893 played against CSKA Sofia, beating them twice. Basel also beat Ludogorets Razgrad on their first two attempts (CL-Play-offs 2013, 4.2 away and 2:0 at home). When the teams met again in Sofia (where Razgrad carry out their international fixtures) in the group stages of the UEFA Europa League, FCB lost 0:1 in and then won 4:0 at home. Davide Callà remembers: “I have mixed feelings when I think of these fixtures. Geoffroy Serey Die was sent off early in the game; making it hard for us react. We were close to a draw but lost the fixture in the last stage of the game. The 2nd leg was amazing, as we showed how strong we can be when we play at home. The current situation is very different; we are now in the group stage of the Champions League and we need to start the campaign on a positive note.” 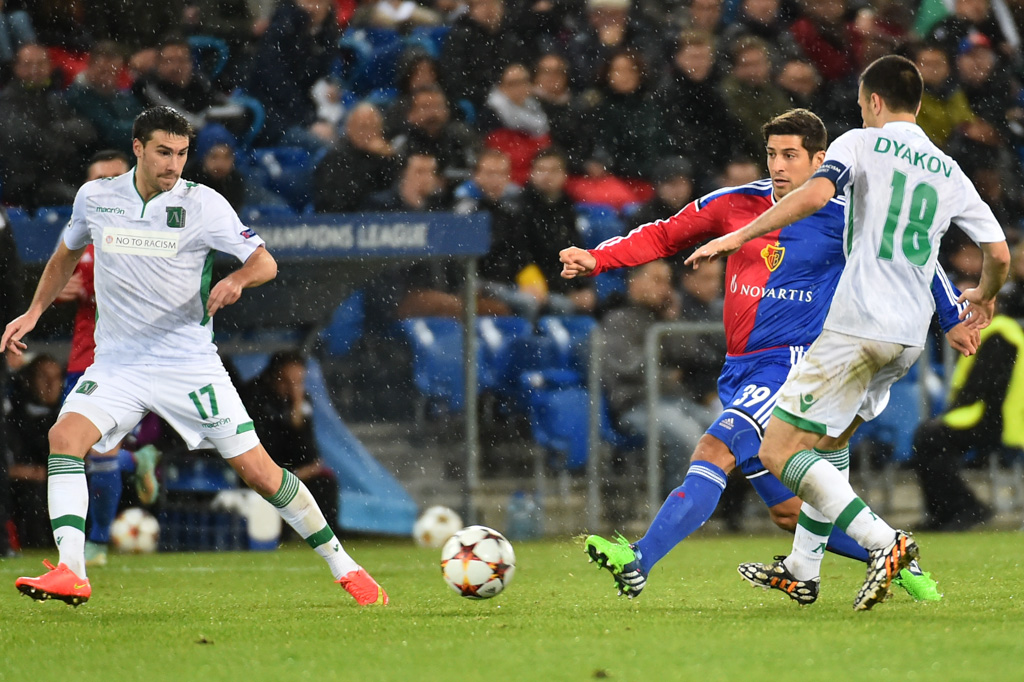 Urs Fischer has not yet had the pleasure to play against Razgrad, but he collected a lot of valuable information from his assistant coach: “I hear that our opponents style has not changed that much; I watched their previous European fixtures as well as two league games. They play defensive, compact football; conceding hardly any goals. I saw great offensive potential.”

Solid start in the domestic league, no losses in the qualification round

So far Ludogorets Razgrad have played five fixtures in the domestic League; A grupa. They have so far won three, drawn one (2:2 against Lokomotive Plovdiv) and lost one (0:1 against Slavia Sofia). Georgi Dermendschiew´s team have won the domestic league consecutively for the past five seasons and aim claim a sixth title. There is still room for improvement for Rzgrad in the A grupa. Internationally, Ludogorets have impressed in the qualification stage of the Champions League; Against FK Mladost Podgorica, Red Star Belgrade and Viktoria Pilsen the Bulgarians won four fixtures and drew twice. The biggest hurdle was against the Serbian champions, scraping through in extra time.

An important fixture lies ahead for both teams, during the group stage of this Champions League campaign. Urs Fischer will be able pick and choose from most of his players; Adama Traoré has recovered the injury he suffered on Saturday against Grasshoppers Club Zurich. It is uncertain if Eder Balanta and Luca Zuffi will have recovered on time for Tuesday´s big game.” We will have to decide tomorrow”, Fischer stated. If Basel manages to win, their chances of achieving their goal will be in reach, especially as FC Basel 1893 tend to do well if they win their first group stage fixture. 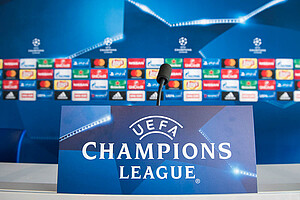 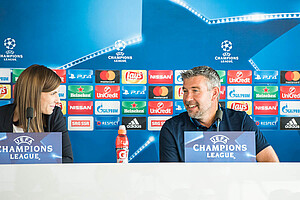 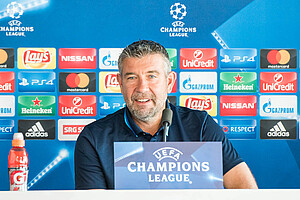 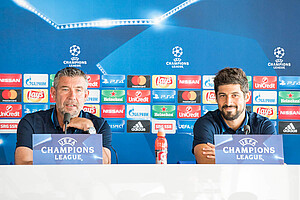 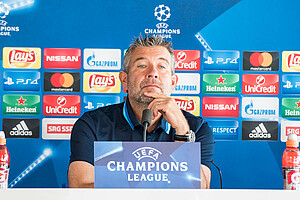 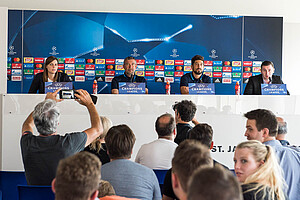 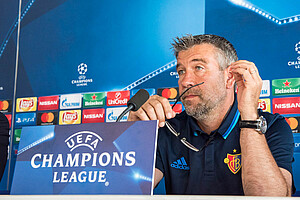 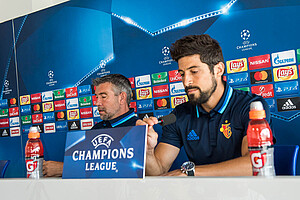 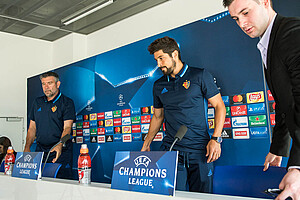 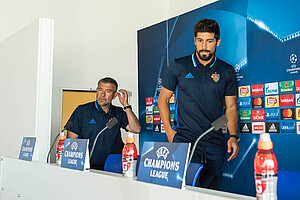 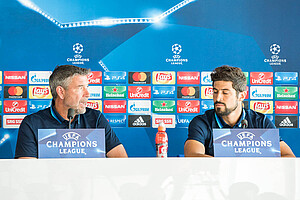 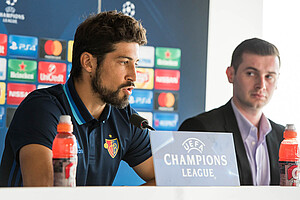 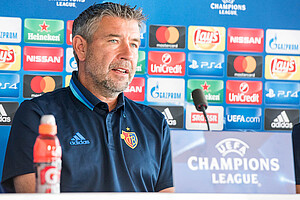 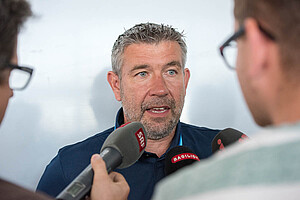 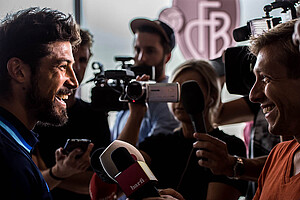 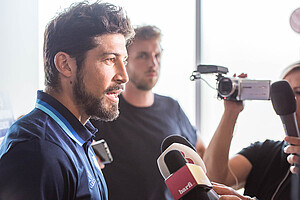 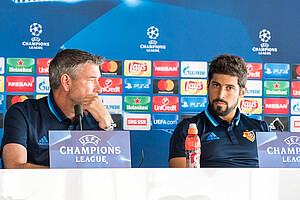 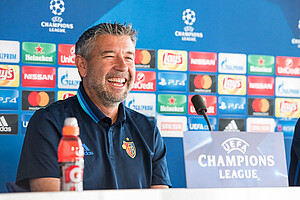 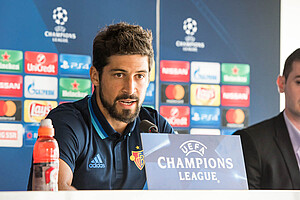 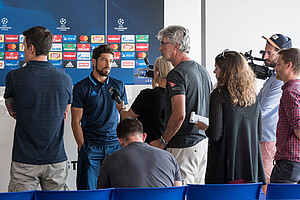