The last UCL home game of the year – FCB is confident

FC Basel 1893 may have lost their last fixture against PFK Moscow, but their chances to qualify for the next round of the UEFA Champions League are still intact. Basel´s first attempt to reach the next round of the competition takes place on Wednesday, 22. November 2017 (8.45pm, at St. Jakob Park.) 36´000 tickets have been sold; the stadium is sold out. No tickets sold on the night.

Basel played at home against ZSKA Moscow but failed to make use of the opportunity to qualify for the next stage of the UCL. The chances of qualification are however still intact. In direct comparison, FCB have the advantage, as Basel beat SL Benfica 0:5 at St. Jakob Park. This result may make all the difference at the end of the day. Unless FC Basel 1893 lose against Benfica by several goals, FCB would lie ahead of the Portuguese side if they end up sharing the same number of points.

Manchester United has no need to speculate on results. The English side only need a point from the last two fixtures to win the group. FCB is the other team of Group A who has it in their own hands to qualify for the next round- FCB would need to win both remaining fixtures, against ManU at home and Benfica away.

A victory against Manchester United would increase FCB´s chances of qualifying, and if ZSKA would lose to Benfica, qualification would be a sure thing. The current table shows that it is unlikely; as ManU would have to lose points and Benfica win points; this hasn’t happened so far.

The Portuguese Champions League record holders may not have collected a point in the current group stage but are playing well in the domestic league. Benfica are currently five points behind leaders FC Porto but they have won their last five fixtures, including the Portuguese cup. ZSKA Moscow haven’t been as lucky: In the last eight fixtures, the Russians only won a single game, against last placed Premier Liga team SKA-Energia Khabarovsk.

On the other hand, FCB achieved their highest victory of the current Super League Season last Saturday; winning 5:1. “We gained a lot of self-confidence after the fixture against FC Sion”, commented Manuel Akanji, on Tuesday night. “I hope we can make use of our positive vibes when we play against Manchester United.”

FCB face the English side for the 6th time; winning once as well as both drawing and losing twice. FC Basel have always managed to win at least one point against ManU during various group stages.

ZSKA Moscow and Benfica have faced each other in the group stages before; during the UEFA Europa League 2004/2005. It is surprising that in the past fixtures between ZSKA and Benfica that the Portuguese have only collected a single point. Benfica has the chance to change that statistic, 3 hours before FCB face ManU: due to the changing of the clocks to wintertime in Western Europe, the time difference to Russia is 2 hours. The fixtures in Russia kick off at 18:00 CET. If the team from Lisbon can beat ZSKA for the first time, this would be favorable for both FCB and ManU: The English side would be qualified for the next stage of the competition and FCB would hold 2nd place, even if they would lose to Manchester.

Wicky is more focused on the next fixture: “I strongly believe that tomorrow evening, we are capable to of achieving a positive result. Everything is possible in football. We are clearly not favorites, which relieves us from certain pressure. It´s clear that we need a perfect night to walk away with victory or even a draw.”

Two rounds before the end of the group stage, four teams have already qualified for the round of the last 16; Paris Saint-Germain, Bayern Munich, Manchester City and Tottenham Hotspur.

On Wednesday night, coach Raphael Wicky will not be able to count on Ricky van Wolfswinkel and Germano Vailati, due to injury. Another player who will be missing is Taulant Xhaka, who is banned based on his 2nd yellow card he conceded during the last UCL fixture against ZSKA, Wicky stated that he will be counting on Geoffroy Serey Die and Luca Zuff in central midfield: “Serey Die has similar qualities to Xhaka; he is aggressive and plays with passion. Zuffi always keeps cool and is tactically capable. We will be missing Xhaka´s football and his personality but I am confident that we have the quality in our team to replace him”. 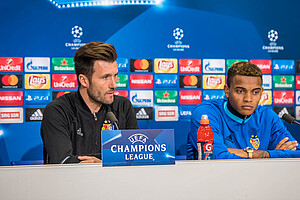 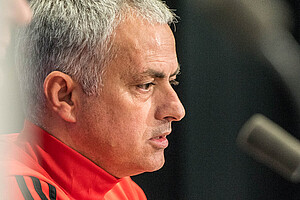 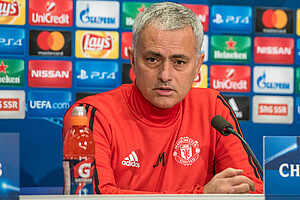 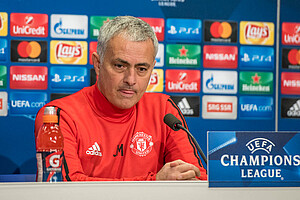 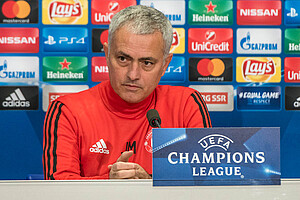 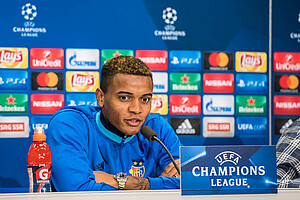 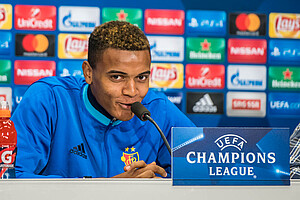 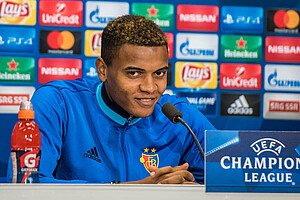 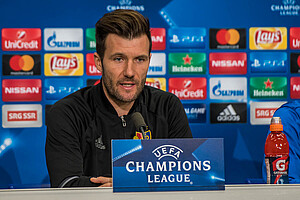 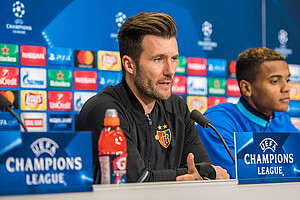 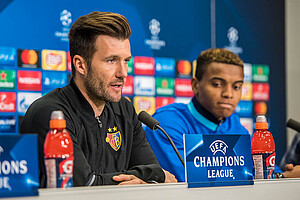 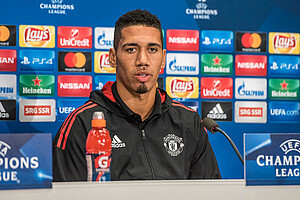